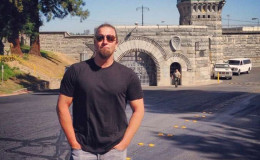 Johnny Dare is an American radio personality. He is host of The Johnny Dare Morning Show the morning show for 98.9 The Rock in Kansas City, Kansas.

The radio legend of 98.9 The Rock, Kansas City's Rock Station, Jhonny Dare, has a long line of his fan followers because of his rocking attitude and most entertaining radio shows.

Dare has become one of the most popular American radio personalities with his hit show "The Jhonny Dare Morning Show" and has grabbed a lot of limelight with his scandalous commentary about social issues, parody songs including celebrity interviews.

As outgoing and rowdy as he appears when riding bikes and hosting rock concerts, is he the same in his personal life? Is he a loving husband too? Is he married or single? Let's find out the truth in this section.

The popular radio presenter Jhonny Dare has surprisingly kept his personal life utterly private, Recently, there has not been any gossips or rumors regarding him having an affair with any woman or getting married.

It seems like he is probably single now and is busy with hosting shows, organizing rock concerts and so on.

According to various sources, Jhonny has been having an affair with his co-host, Carrie Coogan.

However, the pair has denied the baseless rumors and explained that their relationship has a lot more deeper meaning of sisterhood and brotherhood. On an interview with KKConfidential.com, Jhonny quoted:

"Carrie Coogan and I are like brother and sister, we really are, she will always be welcome back if she chooses. Carrie is moving home to Denver to take care of her ill mother as well as be involved in nonprofit organizations back home."

He further said "She came to Kansas City to be a TV News Show personality (which she was on Fox 4). And she’s been a wonderful addition to the program for six great years. I love her – we all do – and we’ll miss her deeply."

Jhonny made the above statement after he announced that Carrie was leaving the show on 98.9 FM The Rock.

Dare and Nycki Pace seeing each other?

The irresistible and handsome radio presenter can really make women go weak in her knees and instantly fall for him. But did Nycki Pace, one of the

However, did Nycki Pace, one of the hosts of Jhonny Dare's Morning Show, has really fallen in love with Dare? Also, there were rumors regarding their secret affairs but as per our sources, the rumor is completely false and they are not dating each other at all.

There were rumors regarding their secret affairs but as per our sources, the rumor is completely false and they are not dating each other at all.

Both have denied this information and have confessed that they are just good friends and co-host.

One of Dare's show, "Naked Twister" created a controversial matter that cost them a $220k fine from the Federal Communications Commission due to the inclusion of explicit sexual descriptions which were inappropriate for the viewers.

However, the show has donated a lot through their Hand Up Campaign and Dare serving as Honorary Chairman of the March of Dimes annual Bikers for Babies Ride.

We just hope that Johnny will soon find his ladylove and will live a wonderful family life ahead.