Jackie Christie Is Married To Husband Doug Christie Since A Longtime, The Couple Shares Children 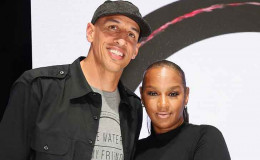 It's pretty normal to see people getting fame after marrying a famous partner. Jackie Christie is no different who gained the wide interest of the public after she exchanged wedding vows with a renowned professional basketball player.

It's pretty normal to see people getting fame after marrying a famous partner. Jackie Christie is no different who gained the wide interest of the public after she exchanged wedding vows with a renowned professional basketball player.

Christie is in a long-term relationship with her famous partner. The duo is living a delightful married life that is still going strong after two decades. The couple credits the strength of their bond to a rather unique tradition they follow every year.

Jackie Christie is married to a retired NBA star named Doug Christie. The couple tied the knot in 1996.

This adorable duo first met through a mutual friend called Steve who was Doug's high school mate. The lovebirds went to the movies for their first date. 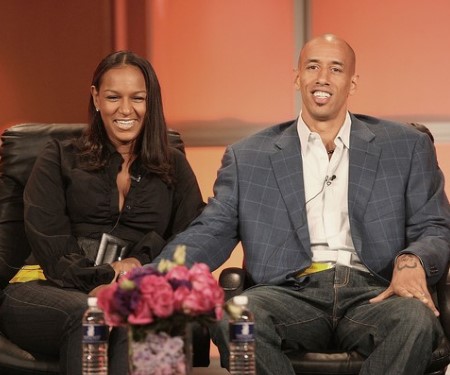 Jackie also has a daughter named Takari Lee from her past relationship in her much younger days. Takari was living with Jackie’s mum until she passed away in 2012. The mother-daughter duo is believed to carry a sour relationship.

Takari's relationship with her mother came to limelight after she launched a “GoFundMe” campaign. She was unable to afford the medical expenses for her son, who was burned at the daycare.

Lee revealed that her mother refused to help. However, Jackie claimed she had no idea about the accident even after a month had passed. Takari took to Twitter to share her side of the story.

But nobody found out about your grandsons injuries until a month after it happened... U were informed by your informant immediately after

The daughter went on to add:

"Your response to tmz and the world was a month after his injuries ... So before the world found out u knew and did what u felt was right"

Jackie later went to national television The Real where she claimed her daughter has mental health issues. Christie explained, Takari was blasting her all over the social media because she suffers from depression.

From the desk of #takarilee

Takari later made an accusation that her mother doesn't like her because she has darker skin than her sister Chantel. Ironically, Lee enjoys a much much better relationship with her stepfather Doug whom she often interacts with.

Jackie and Doug renew their wedding vow every year. In 2016, on the occasion of their 20th wedding anniversary, the couple took to Twitter to share an adorable throwback picture.

Speaking on their long-lasting relationship, Jackie was once quoted saying:

"If we’re always planning a wedding, we don’t have time to plan a divorce."

In honor of VH1's 14 Days of Love, Jackie talked about how the idea of renewing vows annually came about. Apparently, it was initially a means to overcompensate their shotgun wedding which soon transformed into a "family tradition".

"[When] we got married, a bunch of our friends couldn’t make it, because it was so last minute. So we said, ’Let’s do a renewal next year and invite everybody.’ It was just such a beautiful experience, coming together and celebrating our first year, that we decided to do it every year and make it a family tradition." 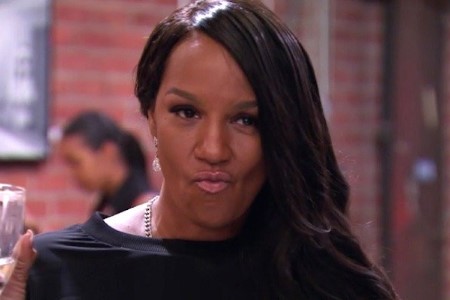 In the show, Jackie revealed that when the haters start to get to her, her man gives her a pep talk. Apparently, Doug tells her:

"I do not want to hear another thing about that. You’re my wife, I love you, I know who you are, we’re not going to worry about what the world is saying. This is something that you chose to do and I said I would support you in it and this is a part of it.'"

Jackie added it’s all about respect and communication in her marriage. Her husband Doug is her "peaceful place" and they are committed to each other and their family.

Later, during a 2012 appearance on The Rickey Smiley Show, Jackie joked that the couple would soon be producing an adult film. 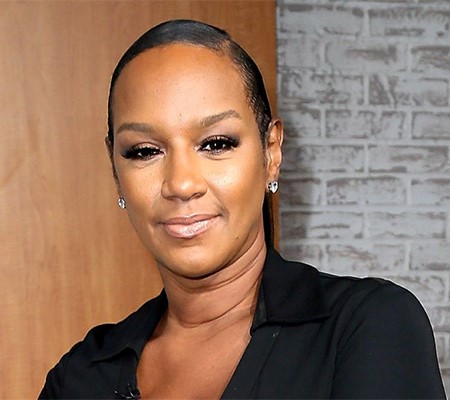