Home Article Jeff Gordon Beautiful Marriage Life with Second Wife. The Couple Is A Proud Parents Of Their Two Children

Jeff Gordon Beautiful Marriage Life with Second Wife. The Couple Is A Proud Parents Of Their Two Children 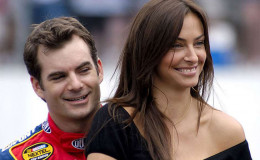 Jeff Gordon Flaunts His Married Life With Second Wife; Any Chance Of Divorce Between Them? Know about his affairs and relationship

Jeff Gordon, the legendary NASCAR driver, is one of the most popular race drivers of all time. The former racing driver is currently working for the Fox Nascar as an announcer.

Despite having a sound professional life, he was once in a failed relationship. But he moved on from his divorce and married his second wife Ingrid Vandebosch in 2006. The couple shares two children.

Jeff Gordon-Moved on After First Divorce

We learn one thing from Jeff and that one thing is, do not give up on life. Even if your relationship or marriage didn't work out, calm your horses and try to move on. 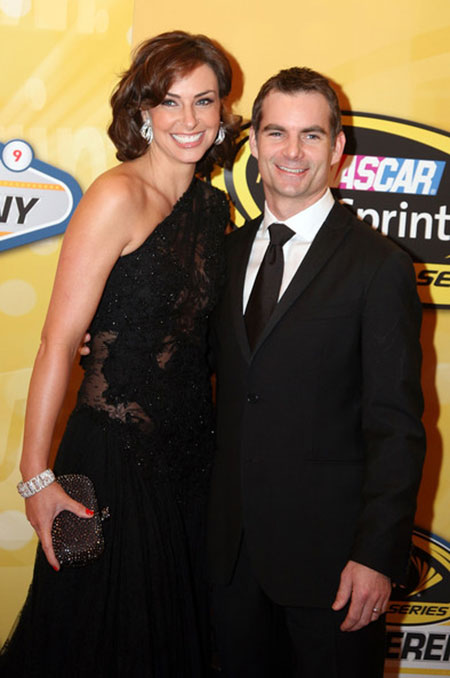 Having a failed marriage before, Jeff certainly got lucky in his second marriage with Ingrid. We used the word 'lucky' because he's fortunate enough to marry her and call her wife.

The former Belgian model first met the veteran stock car racing racer in 2002. During that time, Jeff was in the middle of his divorce with his first wife Brooke Sealey. 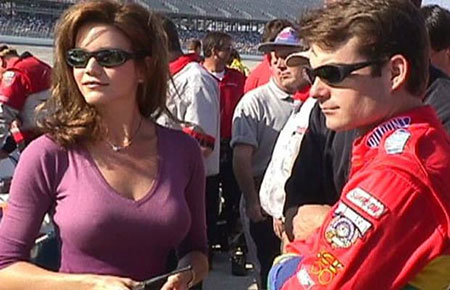 Jeff with his first wife Brooke Sealey during a racing event, Source: Complex

Well, Jeff's proud of his second marriage but there's one thing he isn't proud of and that would be, how he literally begged his friend to get a seat next to her.

But hey, in the end, he got himself a permanent seat right next to her.

Never in his wildest dream did Jeff thought about marrying twice but as fate would have it, he divorced his first wife in 2003, due to irreconcilable differences.

He married Brooke in 1994 after meeting for the first time in 1992. He never fathered a child during his eight years of marriage. 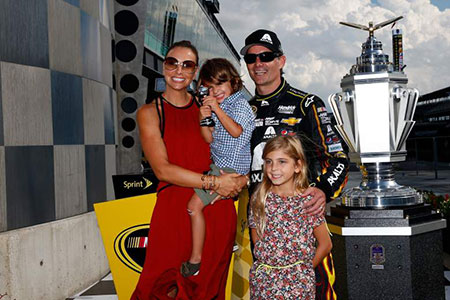 Jeff with his wife Ingrid and daughter Ella standing next to Jeff and son Leo with his mother, Source: Heavy

Although she did use Jeff's surname for her child with former partner James Dixon II of Charlotte, but don't get confused by that as he has only two children with Ingrid.

His married life with Ingrid is another story. They tied the knot on November 7th, 2006, in a private ceremony that held in Mexico, five months after their engagement. 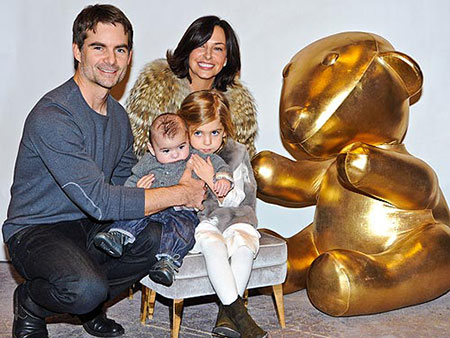 Jeff and Ingrid with their children during a photo shoot for a magazine cover, Source: Celebrity Baby

The couple currently resides at their luxurious and exotic house in Charlotte, North Carolina.

Jeff Gordon was born on August 4, 1971, in  Vallejo, California to Carol Ann Bickford and William Grinnell Gordon. He attended Tri-West Hendricks High School in Lizton and graduated in 1989. 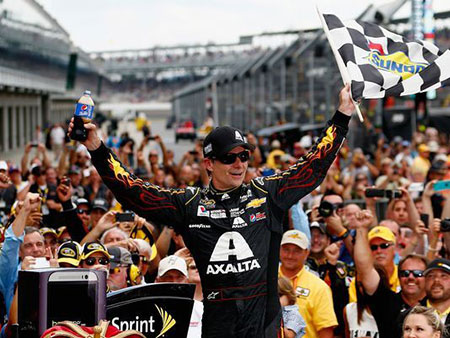 Jeff started his career during his high school days when he was on his school's cross country team. He's a devoted Christian.

During his long career, Jeff's net worth accumulated at a staggering 150 million dollars.