Home Article Jennifer Gareis and husband Bobby Ghassemieh are the happiest couple in Hollywood. They have 2 kids

Jennifer Gareis and husband Bobby Ghassemieh are the happiest couple in Hollywood. They have 2 kids 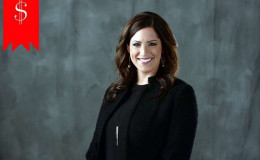 Currently in Hollywood where many renowned couples are separating there are still some who have set the best examples of being in love and Jennifer Gareis and Bobby Ghassemieh are undoubtedly one of them.

The pair who tied the knot on 7 March 2010 is considered as one of the happiest couples in Hollywood with no drama and fakeness in their relationship.

‘The Bold and the Beautiful’ actress and former beauty queen Jennifer Gareis fell in love with a businessman Bobby Ghassemieh when they met in some event on 2007.

Since then the couple is almost inseparable. They nearly dated for about three years before tieing the knot.

The two got married on 7 March 2010 in a very private ceremony. Only his close friends and family were invited to the ceremony. At the time of their wedding, Jennifer was already pregnant with her first child.

Even though the couple has always maintained a low profile it is not a secret that the two are amazing together. They have been together for almost 10 years now but they still look so much in love with each other.

It is also true that they have always loved and supported each other and after the birth of their beautiful children they now have a complete and a very happy family.

Two children of the adorable couple

Their children have added more sugar to a life of Jennifer and Bobby. The two welcomed their first child, son Gavin Blaze Gareis Ghassemieh on 11 June 2010.

Gareis was already pregnant with Gavin at the time of her wedding and after the two months of ceremony she gave birth to her son.

Similarly, during March of 2012, ‘The Young and the Restless’ actress announced that she was having her second child with husband Bobby.

On 29 June 2012, the duo welcomed their baby girl and named her Sophia Rose Gareis Ghassemieh.

Their family was finally complete and they were very happy, excited and nervous at the same time. Both Jennifer and Bobby just loves their family and children.

They have also often seen having fun and vacationing together and we must say they just look amazing together. This family is one of the sweetest families and we want to wish to remain same for the rest of their lives.

Jennifer Garies first started her career as one of the participants in the beauty pageant where she placed runner-up at Miss Pennsylvania USA in 1992.

Similarly, she also competed for Miss New York USA title in 1994 and won the competition and also represented the USA in the Miss USA 1994 pageant on 11 February 1994, which was held in South Padre Island, Texas.

Jennifer officially started her acting career by playing the role of Grace Turner on the popular CBS soap opera ‘The Young and the Restless’. Her acting talent was highly appreciated on that show.

However, she is mostly known for her outstanding performance as Donna Logan on ‘The Bold and the Beautiful’.

However, her contract for the show was ended in late 2014 and her last appearance was on 18 February 2015 but because of the huge public request recently, it has been revealed that her character will return in the show from 20 October 2016.