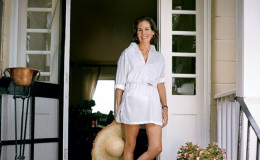 It seems Former South Carolina First Lady Jenny Sanford has finally found her happily ever after.

Following her divorce from then-Governor Mark Sanford, who cheated on her and left her for an Argentinian mistress, Jenny Sanford is finally engaged to her loving boyfriend, investment banker Andy McKay.

It was a heartbreaking moment when the then First Lady of South Carolina, Jenny found that her husband, Governor Mark Sanford cheated on her with an Argentinian mistress, that eventually led to end their 21 years of happy married life.

But now, Jenny is all set to be a beautiful bride again as she got engaged to her boyfriend, investment banker Andy McKay, this Tuesday. She shared the happiest news on Instagram and captioned it stating, "Yes!" 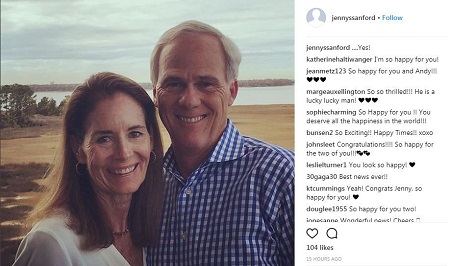 The pair has been dating for the past 15 months and now they're officially engaged. Sources report that Jenny spoke with Post and Courier News telling that she'll all set to marry McKay this Spring. She also revealed that they got engaged a day earlier on Monday over a romantic dinner.

Jenny and Andy were first introduced by Jenny's sister and they got along really well. The husband-to-be runs the investment banking division for Hilliard Lyons, a full-service wealth management firm. 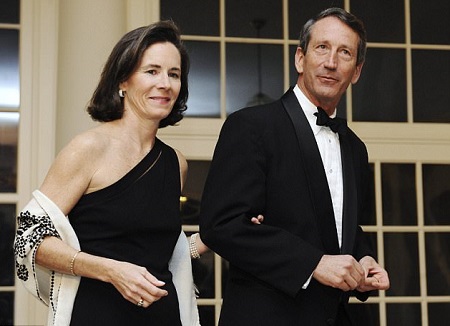 Jenny has four sons, Marshall Sanford, Landon Sanford, Bolton and Blake Sanford with her ex-husband Mark Sanford. After Mark's affair got revealed, Jenny filed for divorce which was finalized on March 19, 2010.

The bride to describe her fiance, Andy as a kind-hearted, wise and a good father who gets along really well with his grown children. Sanford stated,

"I couldn't feel more blessed. I thank God for putting us together."

The amazing pair lives on Sullivan's Island in their grand mansion.