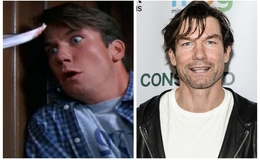 Puberty hit like a train to former child actor Jerry O'Connell. But was it really puberty or something else behind the amazing weight loss transformation of the actor?

Best known for the Rob Reiner directed 53 million-grossing Blockbuster; Stand By Me, Jerry O'Connell is an American actor. And, speaking of the film, O'Connell portrayed the role of Vern Tessio, recognized as the chubby and wimpy kid.

But, thirty-three years later, fast forward today, Jerry O'Connell looks nothing like he looked like back then. Matter of fact, the physical transformation of the actor who has now contributed to more than 40 film projects began in between and as soon as the film adaptation of Stephen King's story was released. 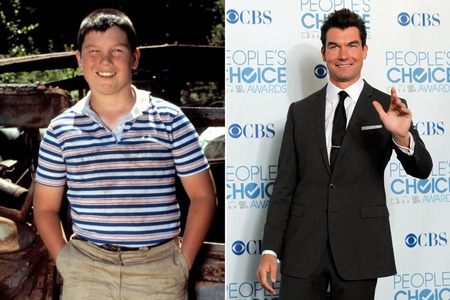 Jerry O'Connell in 1986 and today. SOURCE: The Daily Beast

According to the revelation made by Jerry in several interviews, his drastic weight loss and the physical transformation was only able to happen due to puberty and the growth of his height which helped him stretched out.

O'Connell admits himself he was fat something his mother, Linda O'Connell who would chase down anyone for calling her son fat didn't like to label to. On the other side, obviously, as an actor, weight maintenance is a part of the job.

But, gladly, Jerry was selfless to share his weight-loss regimens with his fans. So, how was Jerry O'Connell able to lose such weight dramatically?

O'Connell Teamed Up With A Trainer

All thanks to the caring and supportive mother of Jerry who helped her son work with a great trainer aka Charles Brown she knew from the actor's hometown in Manhattan, New York.

The father of two including Dolly Rebbecca Rose O'Connell and Charlie Tamara Tulip O'Connell, he shares with wife, actress Rebecca Romijn, known for Femme Fatale and X-Men, and trainer Brown regularly worked out and performed exercises at the David Barton Gym. 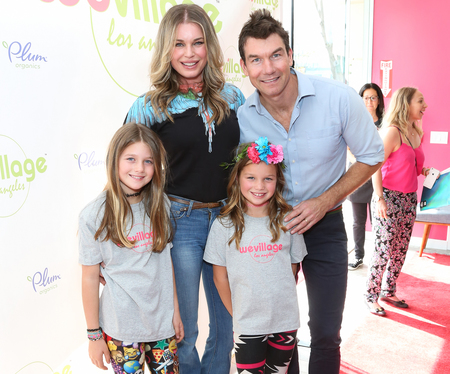 Jerry O'Connell pictured with his wife Rebecca and their daughters. SOURCE: People

Brown, however, didn't only help the Jerry O Show host with the exercises but also with diet and carrying out healthy eating habits. For starter, O'Connell's trainer made the actor list out all the things he ate per day, something he found pretty tough to do so as he consumed a lot of unhealthy snacks and food.

In order to lead the healthy eating lifestyle, Jerry cut off eating a whole box of Entenmann's cookies, four liters of coke, and two bars of Twix. Besides, the actor who was stuck up with a hardcore Hollywood partying and drinking life also cut off dressings, alcohol, and salt.

Yes, you read the last part right. Jerry also ditched eating high salt diets as it can result in a high formation of fat in the body. Unbelievably, O'Connell who weighed over 200 Ibs impressively lost more than 10 pounds.