John Luke Robertson Is Living Happily With His Wife Mary Kate McEacharn And Children, Details About His Married Life

Leaving the nest was quite easy for the Duck Dynasty star John Luke Robertson. Most of you people know him as the reality celebrity of the Duck Dynasty but he is also an author. He released a book in the year 2014 titled 'Be your Own Duck Commander'.

Leaving the nest was quite easy for the Duck Dynasty star John Luke Robertson. Most of you people know him as the reality star of the Duck Dynasty, besides he is also an author. He released a book in 2014 titled 'Be your Own Duck Commander'.

John, 22, is already a married man and living a blessed life with his gorgeous wife Mary Kate McEacharn since 2015.

John and his high school sweetheart turned wife Mary Kate are so much in love with each other. The author of Young & Beardless is currently studying at Virginia's Liberty University with wife Mary Kate.

Robertson and McEacharn first met in 2010 at a Christian summer camp. They fell for each other and began dating in March 2013. 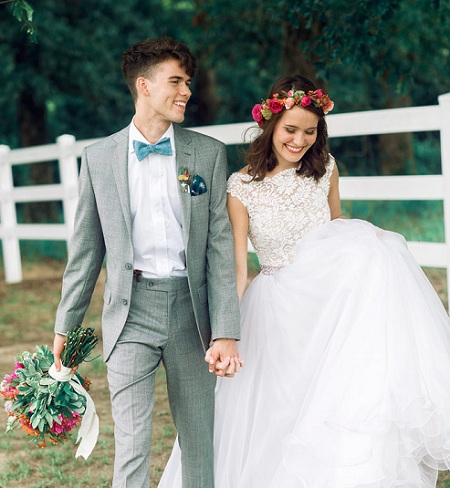 "I had tried to date her before, and she kept turning me down! I just kept at it and she finally said yes!"

John later popped the question on the occasion of his 19th birthday party in October 2014.

"I am so excited to marry my best friend. I know my parents [Willie and Korie Robertson] married young as well, and they have always been examples of what 'could be' to me. Fast-forward 22 years and they are more in love than ever, and I hope Mary Kate and I are the same way in the years to come. God has truly blessed us."

The lovely pair finally tied the knot on Saturday, 27 June 2015.

Best companion in the Kitchen!

We're whipping up the One Pot Tortelloni recipe by @HelloFresh tonight! It's one of their new 20 minute meals-- prep, cook, and clean in just 20 minutes. It is so easy and this is one of my favorites! If you want to check out some of their delicious (and quick) recipes use code JLR30 for $30 off at hellofresh.com<http://hellofresh.com/>! #getcooking #hfpartner #hellofreshpics #ad

They exchanged vows at Robertson's family farm in West Monroe surrounded by more than 800 guests, family and friends.

The water is freezing, but Mary Kate is hot ??

The young couple loves spending time with each other and they don't miss out on any opportunity to be together.

John Luke, the 22-year-old star grew up in the family involved in the duck hunting business. He appeared in the show 'Duck Dynasty' when he was a small kid and viewers had seen him grow into an adult over the 10 seasons.

Sources say that the writer once mentioned in an interview that he is a part of the most famous families in the United States. 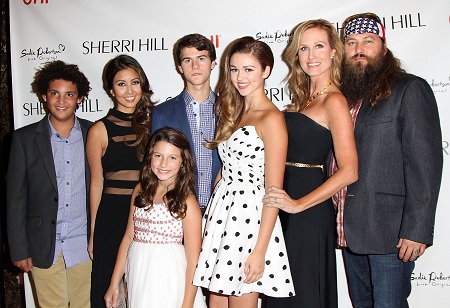 He is the eldest son in the family. He has five other siblings; brother Willie Alexander Robertson, Rowdy Robertson and sisters Bella, Rebecca, and Sadie.

He adores his family a lot. During an interview in 2016, he said,

"The family is successful now…. But that didn’t happen till I was 15 or 16, The first half of my life, everyone had jobs and worked. They worked at Duck Commander, and it was successful, but not that successful. It was pretty local. My dad worked at a summer camp and my mom was an art teacher. Growing up in that kind of working environment, I learned my whole life to create and I saw my parents working to make their own mark. That compelled me to make my own mark."

To say, the hunk is very happy in his family life. John started his career with the family show itself and also became one of the famous faces across the globe. 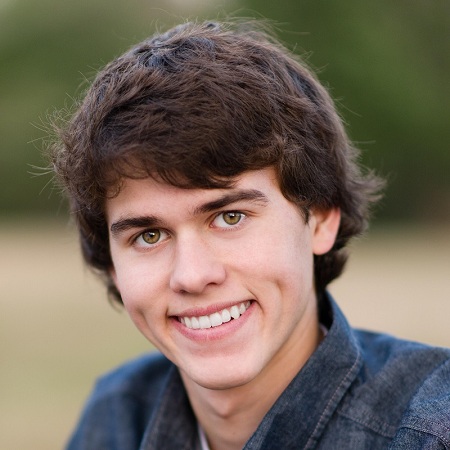