Home Article Joy-Anna Duggar Married to Austin Forsyth." I feel so blessed to be married."

Joy-Anna Duggar Married to Austin Forsyth." I feel so blessed to be married." 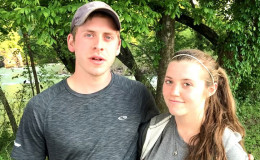 Joy-Anna Duggar Married to Austin Forsyth." I feel so blessed to be married." The couple were set to marry each other in October but end up getting Married before. See Their Relationship.

Just Married!...Joy-Anna Duggar and Austine Forsyth are now tied together in a holy bond. They only got engaged three months before and looks like their decision to take it further came rather quickly.

The couple decided to complete the ritual in a surprise wedding. The pair has now vowed to stick together in good, bad, sadness, and love.

Let's see the couple's journey from a friend to a lawful husband and wife.

It's often said that if you know about your better half for a long time then chances are, you'll have a wonderful relationship and marriage. 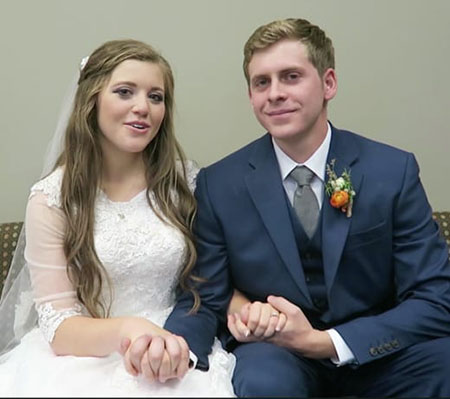 Anna and Austine married on 26th May in a private ceremony, Source: The Hollywood Gossip

People nowadays take big decisions like marriage in a rash manner and in the end, their conjugal life is full of hindrances and problems.

Anna and Austin knew one another for more than 15-years. In all those years, they were friends, started dating, engaged and finally married.

Anna and Austin both comes from a conservative Christian family and both Austine and Anna had to abstain from any sexual contact. 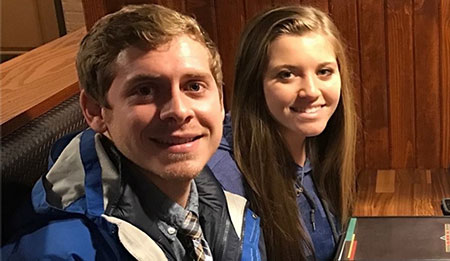 Austine and Anna knew each other since they were little kids, Source: Inquisitr

Soon after exchanging vows on 26th May, Anna commented,

"Saying our vows and saying 'I do' and committing our lives to each other is so incredible. I feel so blessed to be married."

“Leading up, it was so surreal until I was walking down the aisle and then I was like, ‘Oh my goodness, it’s actually here. We are going to be traveling for our Honeymoon for awhile.”

Austine wasn't going to back down from showing his happiness as he gushed,

'I think the moment I said 'I do' is just a huge burden off my shoulder. Finally being married to her is just a tremendous weight lifted off.'

Both of them tied the knot after getting engaged on March 2017. Upon their engagement both of them

The bride wore a white gown together with a veil, whereas Austine looked dapper in a Navy blue suit with a silver tie.

The Duggar family posted a short video on their website teasing the new episode of the show featuring Anna and Austine's wedding. 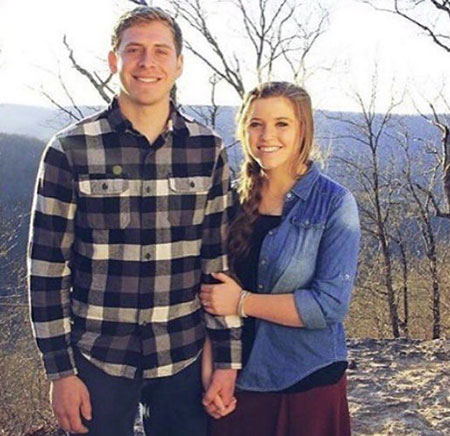 The couple were set to marry on October but end up marrying way before that, Source: In Touch

Although their nuptial ceremony took place way ahead of their planned date of October 28. Seems they couldn't wait to get married and be together on paper as well.

We wish that the newlywed stays like this forever. Despite getting married at a very young age, we believe they'll overcome any difficulties together. 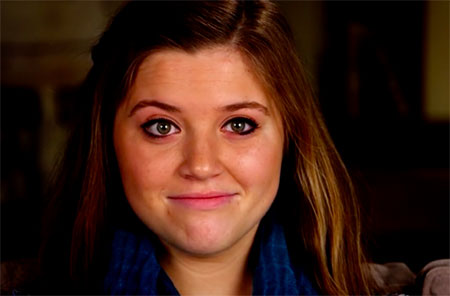