Home Article Judith Light, 68, is happily married to television actor Robert Desiderio. The couple is together for 32 years

Judith Light, 68, is happily married to television actor Robert Desiderio. The couple is together for 32 years 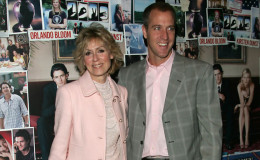 American actress Judith Light married Robert Desiderio in 1985 and living a happy and prosperous life together as a husband and wife. However, the couple does not have any children.

American actress Judith Light married the television actor Robert Desiderio in the year 1985. She is blessed with a sound conjugal life along with a successful career.

There is no rumor of disasters in their married life which leaves minimal chances of divorce or an extramarital affair. The couple has no children though their relationship is 32-year-old.

Judith and Robert met for the first time on the set of the One Life to Live back in 1968. After being in a relationship for several years, the duo finally got married on 1st January 1985. Currently, the couple resides in California.

Robert and I way back when!!

The duo is living a thriving life together and leaves no any chances of a split. Both of the stars are blessed in their professional as well as personal life.

Secret behind their healthy relationship

The couple has completed 32 complete years of their conjugal life. They are living happily as husband and wife successfully till date.

They are also supporting each other to a hike to uplift their professional life.

In an interview, she revealed the mystery beyond her successful married life. She said,

Though they are delighted to be together, they are not gifted with children yet. Judith has a desire to be a full-time mother but it is not possible with an acting career.

Judith is not only a successful actress but also a strong social activist for gay rights. The duo achieved 'Making a Difference Award' from the Mathew Shepard Foundations for their endless devotion to erase all forms of hatred.

Judith's career at a glimpse

Judith has presented herself as one of the most dedicated actresses with her amazing works. She's been successful in winning millions of heart all over the world.

Judith Light started her career as a skillful stage play actress. She was introduced as an actor for the first time in Richard III, during the California Shakespeare Festival 1970.

Many thanks to my team Alexandra Vidal, Jack Yeaton, Matt Fugate, Elaine Offers & Anthony Luciano for this look tonight. So grateful!

Similarly, her immense talent in drama series was praised with Daytime Emmy Awards. She was also nominated for a Primetime Emmy Award in 2007 for her role in the famous comedy-drama TV series called Ugly Betty.

similarly, Light appeared in Dallas drama series in 2013. In 2014, she joined Transparent, a comedy drama which was produced by Amazon Studios.

The veteran actress Judith won a Golden Globe and Critics Choice Television award as an honor for her performance on the Transparent film.

She dared to shave her hair completely to act as Vivian Bearing, a woman dying of ovarian cancer in Wit in 1999. She received Hellen Hayes Award for her act in the very film.

In 2015, Light recurred in the Broadway as Madame Raquin featuring opposite Keira Knightley.

At last, we wish the couple a very happy and prosperous life.