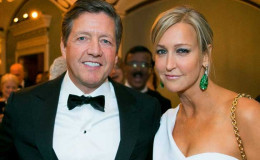 The couple of two years exchanged 'I do' in front of 135 guests who witness the holy matrimony. A lot of their friends and family were in the attendance to bless the newlywed.

It's official; Lara Spencer has just tied the knot with her tech entrepreneur beau Rick McVey.

The couple of two years exchanged 'I do' in front of 135 guests who witness the holy matrimony. A lot of their friends and family were in the attendance to bless the newlywed. 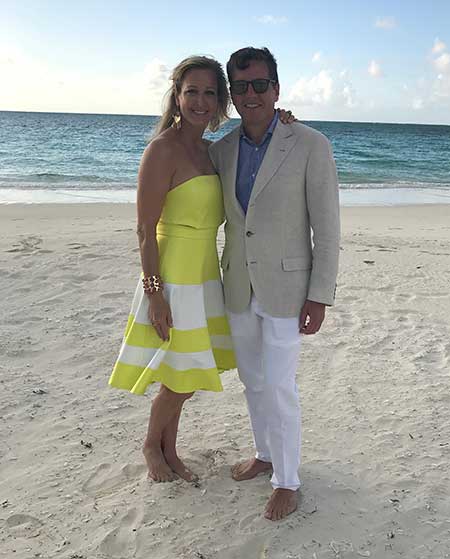 The ceremony itself took place in Vail, Colorado. All eyes were on the bride as she was looking absolutely mesmerizing. The Good Morning American co-host wore a sleeveless Adam Zohar lace gown.

The gown also consisted of a mermaid skirt and sheer cutouts. She kept her blonde luscious locks open while keeping the bangs in front of her face. A long white veil was flowing past her dress.

The49-year-old host shared a video of the event. In the video, her son Duff Haffenreffer is walking her down the aisle whilst wearing a dark suit, along with the white shirt and a pink tie.

And this is how you get married. @lara.spencer and son Duff. #vailnuptials

In the background, we can hear the song A Thousand Years by Christina Perri played as she makes her way. The duo has been open about their relationship and used to share a lot of pictures from their vacations and day to day activities.

Happy Fourth of July!! I am working this morning on #GMA but I will be recreating this pic by thisafternoon. Enjoy your day, everyone! #happyfourthofjuly #eyewant #tura

This is the second marriage for Lara. She was previously married to Real Estate Broker, David Haffenreffer from 2000 to 2015. From her first marriage, she is a mother of two beautiful teenagers, one daughter, Katharine Paige Haffenreffer, born 2004, and the boy, Duff Haffenreffer.