Home Article Kari Byron and Husband Paul Urich are Living Happily Together Without any Divorce Rumors.

Kari Byron and Husband Paul Urich are Living Happily Together Without any Divorce Rumors. 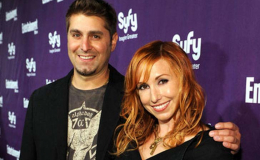 Kari Byron and her husband Paul Urich is very happy in their conjugal life for a long time with no divorce rumors.

MythBusters' host Kari Byron and Paul Urich are very happy spending 11 years of their happy married life together. Even after so many years, the couple is still so much in love which is a very rare thing to find these days.

So, let us not take any more time and discuss the love story of the powerhouse couple.

Kari married the growing artist and designer Paul Urich in March 2006. As Kari has a keen interest in art, we can assume that it did not take much of an effort for Paul to impress her.

The 44-year-old TV host and her artist beau, Paul Urich are united as a life partner for over one decade now. The blonde beauty optionally shares the moment they've spent together on socials. But it doesn't mean she has parted ways from her husband of ten years. Either of the parties is busy on their job and hasn't planned to extend family for now. 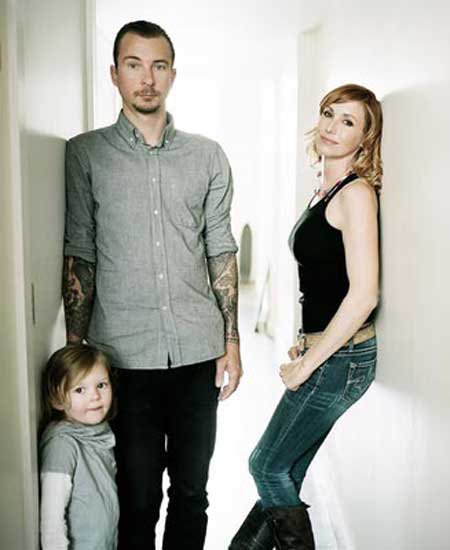 In an interview Kari said,

“We’ve been hyped about each other and what we create since the day we met. I think there are just chemistry and just something animal about the attraction.”

Since the marriage, they seem to be complete and satisfied in their relationship that there are no rumors of divorce or extra-marital affairs. Despite this, they are getting good news one after the other.

The couple is blessed with a cute daughter on June 28, 2009, after spending three years together and named her Stella Ruby. The Discovery Channel declared the birth of her daughter to the fan followers the next day of the very event via Twitter.

How about some GREAT NEWS?! MythBusters' Kari is the proud mom of a baby girl! Congrats, Kari! #babywatch

Apart from that, though there were several rumors about her pregnancy there are no records of her having a second child.

Kari is renowned as a television host and her role in the Discovery Channel show MythBusters and Netflix's White Rabbit Project.

Kari worked on MythBusters from season 2 to season 12 along with the coworkers Tory Belleci and Grant Imahara. Similarly, Byron and Belleci successfully hosted the TV program Pumpkin Chunkin from the year 2011 to 2014 on the Science Channel.

Byron with her cast member Tory also hosted a show Thrill Factor in 2015 and White Rabbit Project is another program she hosted with Imahara and Tory on Netflix on December 9, 2016.

As Tory and Kari were together in many leadership programs, they were encountered in many events together and people started speculating their relationship.

Heard my kid say, "Go ask my mom. She always has tools." Play date saved because this DIY mom is usually wearing a Skeletool on her boot. Thank you tiny screwdriver. Share your favorite Tool Tale at www.leatherman.com/karibyron #leatherman

These questions are obvious once a boy and a girl are seen together but both parties claimed that they were just good friends and professional companions.

Some Interesting Facts of Kary Byron

She completed her graduation from Los Gatos High School in Los Gatos, California and later joined San Francisco State University in May 1998 in Arts in Film and Sculpture. 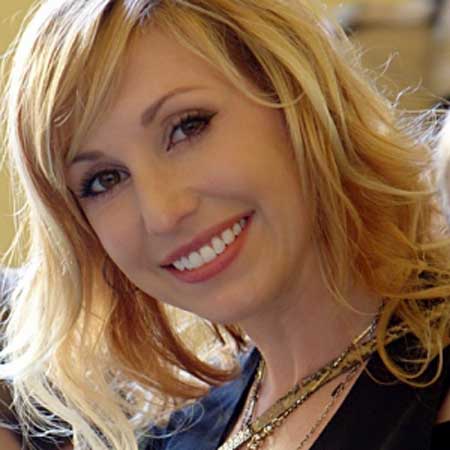 Nowadays, she spends most of the time doing several art projects in South Asia and many other locations. As she is very fortunate in her personal as well as professional career, we wish her all the best for future advancement in her life.