Home Article Who Is Kate Moss Married to? Inside Her Dating History

Who Is Kate Moss Married to? Inside Her Dating History 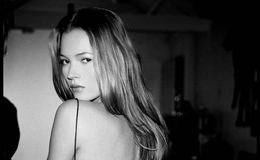 Model Kate Moss has been married once and shares one child with an ex-boyfriend: Inside the supermodel's long and star-studded dating history!

Designated as one of the most successful models in the world, Kate Moss has ruled, thrived, and struggled in the erratic fashion industry for decades. Moss emerged in the fashion world during the infamous heroin-chic fashion era in the early 1990s and played a staple for the time to come. At 48, Moss's influence and appeal to the global fashion consumer are far from over. She was the third highest-paid model in 2011 and continues to rake millions in the industry.

Katherine Ann Moss was born on 16 January 1974 in Croydon, London. Since getting scouted at the age of 14, Moss has launched fashion trends and defined styles while successfully staying relevant in one era after another. She rose to become the most-sought model after her collaboration with Calvin Klein in 1996. Moss has appeared in the campaigns of every high-end brand, including Chanel, Louis Vuitton, Balmain, Versace, Balenciaga, Burberry, Stuart Weitzman, and more. Unsurprisingly, the supermodel has also been as busy in her personal life.

Throughout her three-decades-long career, Moss has had high-profile relationships, tumultuous times with her respective patterns, rumored romances, and some short-lived ones. The supermodel's first celebrity boyfriend, Johnny Depp, is also her most famous. Moss and Depp met at New York's trendy Caf Tabac in 1994, and despite their significant age difference, the couple hit it off immediately. "I knew from the first moment we talked that we were going to be together," Kate says of her first encounter with the 21 Jump Street Actor. 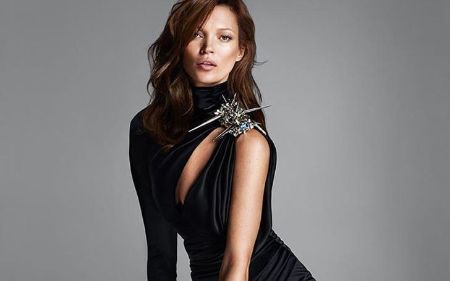 Moss is one of the highest-paid models in the world. SOURCE: Instagram

A keen pop culture enthusiast would remember the pair as the "It couple" of the 90s. Moss and Depp were even rumored to be engaged during their four years long relationship, which ended in 1997, reportedly because of their hectic work schedule. Depp was perhaps Kate's greatest love and heartbreak, who later revealed that she cried for years following their split. Moss recently took a stand in favor of her ex-boyfriend during Depp's nasty trial against his ex-wife Amber Heard. 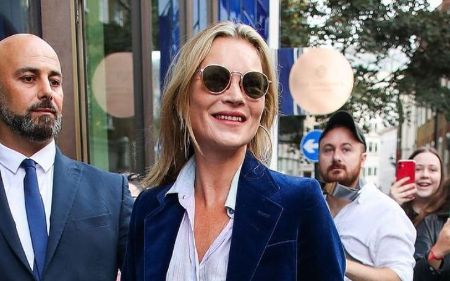 Following her split from the Oscar-nominated star, Moss was with guitarist Antony Langdon for a year. Kate's famous relationship with Jefferson Hack, the former editor of Dazed magazine, lasted several years, during which the couple welcomed their daughter, Lila Grace Moss-Hack. As tabloids kept spewing part-fact, part disparaging headlines on Moss's love life, the supermodel kept mum and went about her business. She was embroiled in a tumultuous relationship with Libertines member Pete Doherty for nearly two years. 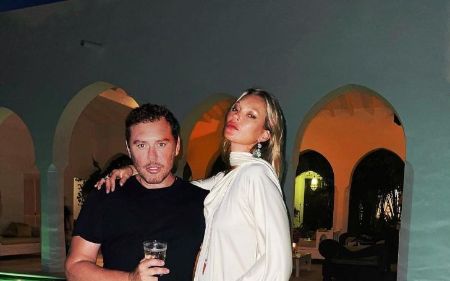 Moss had a tumultuous relationship with Pete Doherty. SOURCE: Instagram

Moss started dating Doherty after they met at her 31st birthday party in January 2005. Their romance reached its peak when Doherty called Kate, his fiancée, at a concert in 2007. The duo ended things in May 2007 after Peter failed to complete rehab. Despite romancing several high-profile men over the years, Moss has walked down the aisle with one of them. The supermodel was married to guitarist James Hince for four years.

The Truth About Kate Moss's Marriage!

The British model's romance with guitarist/singer Jamie Hince kicked off in 2007 after a mutual friend set them up. The then-new lovebirds were engaged during their romantic getaway to Amsterdam in 2008. It took the supermodel and The Kill guitarist four-long years to finally take the ultimate step in their relationship. "First of all, I am going to get married and maybe have more kids. Who knows what the future will bring? My career is OK so far," the otherwise tight-lipped model said ahead of the pre-wedding excitement. But Moss didn't receive the marital bliss she thought she would have with Hince. 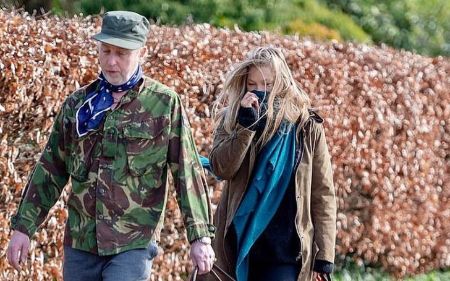 The pair tied the knot on 1 July 2011 at St Peter's Church, Gloucestershire, in a low-key ceremony. Their marriage lasted only four years, with the duo calling it quits in 2015. The estranged duo's divorce was finalized in 2016, and For all its worth, Moss seems to have remained amicable and in touch with her ex-husband. Amid her divorce from the singer, the supermodel jump-started another romance with photographer Nikolai von Bismarck.

Moss started dating photographer Nikolai after her split from Hince!

Although Kate's swift relationship with Nikolai came after she and Jamie had already split ways, Katie moving on with her life reportedly didn't go well with The Kill singer, who, at one point, thought about "citing adultery" in their divorce proceedings. "Jamie cannot believe how blatant Kate's relationship has been," an insider said, adding, "they have been photographed together a lot. He is keeping some of the pictures and planning to use them when the couple divorce." Moss has since been going strong with her photographer boyfriend.