Did Katie Pego Move On From Ex-Boyfriend Alejandro Rosario? 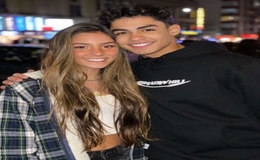 Fans know what a shady relationship TikTok star Katie Pego shared with her ex-boyfriend, Alejandro Rosario. With subtweets to more, their short-lived romance was no less than a typical teenage relationship. But, did Pego find someone new after the heartbreak?

Who Is Katie Pego Dating After Alejandro Rosario?

Tiktok rising icon, Katie Pego already surpassed hundreds of thousands of Instagram followers just at the young age of just seventeen. From making unique video content on TikTok to sharing photogenic photos on Instagram, it was certain her creativity would quickly gain a high number of fans to Pego.

And, with her growing online presence and audience, fate ended up uniting Pego with fellow rising YouTuber, Alejandro Rosario. Chemistry sparked quickly between these two as soon as they started to know each other.

As things moved pretty quickly, Rosario asked her out on a date. Before they could realize, Katie introduced Alejandro as her boyfriend and vice versa. The young love birds were not shy of sharing adorable pictures of themselves on social media too.

However, their teenage affair only lasted for a short period of time as Katie and Alejandro announced their breakup in April 2020. Later, it was acknowledged that things must have ended badly between Katie and her former boyfriend.

Following their break up, Rosario reportedly tweeted about still having feelings for his ex-girlfriend but quickly deleted the post. Pego, on the other hand, also once indirectly responded to Alejandro with "at least, i didn't lead someone on". 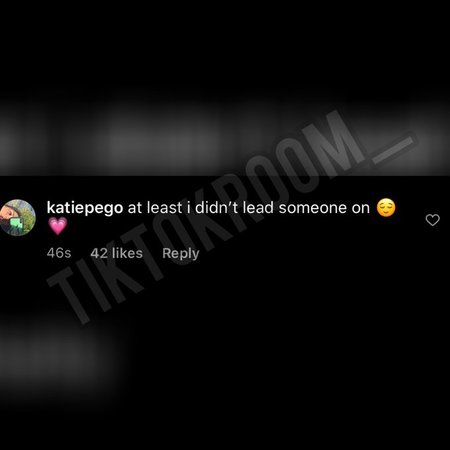 Not to let it go, fans of Rosario then made accusations of Pego dating him only for clouts and fame. Rosario also doesn't follow Katie on Twitter anymore. Clearly, both parties have moved on and there's no hope of seeing these two together anytime soon.

Who Is Katie Pego's New Boyfriend?

To share the happy news with the fans of Katie Pego, she is currently single. Pego hasn't dated anyone since she broke up with Alejandro Rosario, as of July 2020. Clearly, that ship has sunken and might never float again.

Pego is definitely focused on her school work at Mount Sinai High School and career, After all, she is already represented by Top Talent LA, a management company that represents young influencers from TikTok and other platforms.

Other than, Pego highly enjoys playing Lacrosse and traveling. Originally from Port Jefferson NY, Pego, a travel enthusiast has also been to different places in the US and other parts of the country including the Dominican Republic. She is fluent in Spanish.

View more Stories and updates only on Marriedwiki.com.