Home Article Kim Kardashian living happily after her divorce, Know about her affairs and dating rumours

Kim Kardashian living happily after her divorce, Know about her affairs and dating rumours 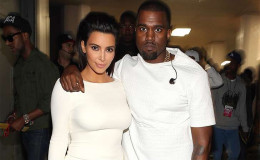 Kim Kardashian is always in the news because of some controversies. Having limelight all day upon you is not good for anyone.

Kimberly "Kim" Kardashian West is an American reality television personality, socialite, businesswoman and a model. But she gained huge popularity from the TV series called 'Keeping Up with the Kardashians'.

However, not only this she is also famous for her long list of boyfriends in the past decade. Kim has been in the relationship with several guys. However 'past is past' as she is currently married to singer and rapper Kanye West. The couple also has two children together. Let us find out more about Kim and her married life.

Kim Kardashian has a long list of boyfriends in her holster

According to Kim, the reason for the divorce was the physical and mental abuse from Damon.

In 2003, she started dating Ray-J and the couple was infamous for their Sex Tape Scandal.

Similarly, in 2006 she dated Nick Lachey and after breaking up with him she started dating Nick Cannon from late 2006 to early 2007 but that relationship also did not go well.

Likewise, in the year 2011 Kim and NBA star Kris Humphries got engaged. The pair got married in a very lavish ceremony with 400 guests.

However, the marriage was short-lived as Kim filed for a divorce only 72 days of marriage.

Dating and Marriage with Kanye West

In 2012 after Kim’s divorce with Kris Humphries, she and Kanye west were spotted together. Their relationship was confirmed after the news of Kim getting pregnant with Kanye’s child was revealed.

She posted on her personal blogs, “ It’s true!! Kanye and I are expecting a baby. We feel so blessed and lucky.”

On October 21, 2013, Kardashian and West got engaged. Kanye proposed to her at the AT&T baseball stadium in San Francisco.

The couple tied the knot in the following month of May. The ceremony took place in Forte di Belvedere, a fortress in Italy.

The couple is currently living a very happy life with each other. Both Kim and Kanye are a proud parent of two children and we wish them to remain happy rest of their life.