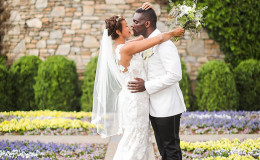 Kimberly Dalton Mitchell is a rising actress, famed for being the ultimate winner of 2014's ABFF NBC Universal Star Project.

The newly wedded couple is having the best times of their lives and we would like to wish them a big congratulation!

As every love story starts with its unique beginning, Kimberly and Chris too shares an amazing story. Get ready for inspiration. Here we begin!

Sometimes between struggles and all the hustle and bustle life gives us magic in the form of a person who's ready to give it all. Kimberly met Chalk back in the 2000s through mutual friends, Alano Miller and DeWanda Wise in a party. 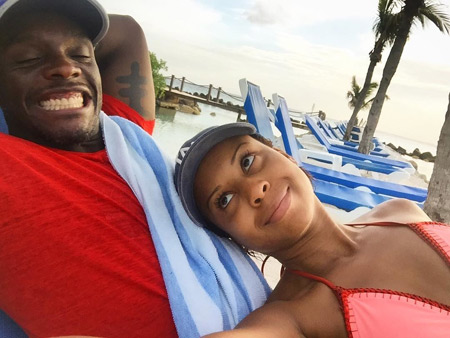 But the duo didn't start dating soon after that. The amazing pair became best friends for years and finally realized that they are meant to be together.

On September 2016, the wonderful best friends turned couple got engaged and after seven months of their engagement, they married in an ultra-romantic wedding ceremony on Saturday, April 22, 2017. 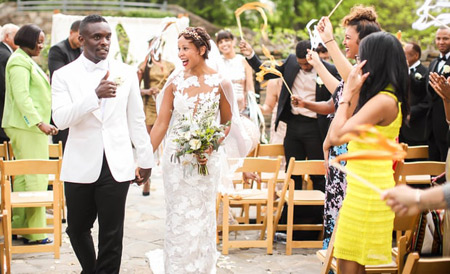 Bride Kimberly and groom Chris on their wedding day, Source: US Weekly

The lavish event took place at the North Carolina Arboretum, which is Chalk's hometown of Asheville. Alano Miller, the Underground star was the best man of the groom while She's Gotta Have It actress DeWanda Wise was the maid of honor.

Altogether 135 guests attended the event followed by a grand reception at Grand Bohemian Hotel and the guests were taken in yellow school buses! Quite funky isn't it?

On their wedding day too Chris posted a picture of him with Kimberly in the background with a caption, "Marrying my best friend today."

Well, the newly wed couple is celebrating their wedding bliss together. They share cute pictures of them on their Instagram which even gives butterflies inside out tummy!

#TBT to that time I fell in love so hard. With a guy that accepted all of me and taught me how to free style rap. He's the perfect partner to dream the biggest dreams with and giggle when they all come true. We grew up a hundred miles away in the same state, attended college a mile apart, lived several blocks away in NY, and then finally meeting in LA has been the most beautiful surprise life has ever presented to me. This homie, lover, friend surprises me everyday by his love. He even oils my scalp yall! @mynameischrischalk #mybestfriend #my #Love #frosandbeaus #boyfriendappreciationpost #couples

Well, we wish this couple life time of happiness and togetherness and hope they soon start a wonderful family together. 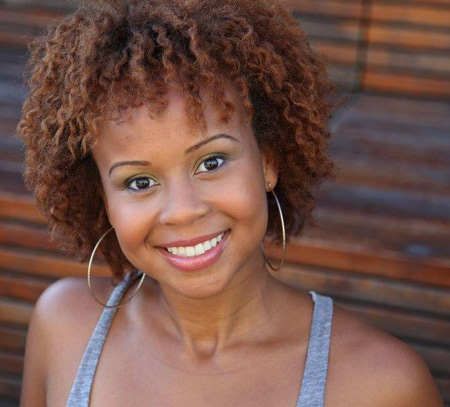