Kimora Lee, a well know former model, creator of fashion line named Baby Phat is also a director of a TV reality show named Life in the Fab Lane. Kimora names often get linked with the American entrepreneur and author Rusell Wendell Simmons. Is Lee living happily?Let's find out more about her

Kimora Lee Simmons, a well-known former model, is the creator of fashion line named Baby Phat.But she's popular for being the director of hit TV reality show, Life in the Fab Lane.

After a failed marriage and unsuccessful relationships, Kimora is finally living her dreams as she is blessed with a blissful married life with husband Tim Leissner.

Let's find out more about her in today's section. 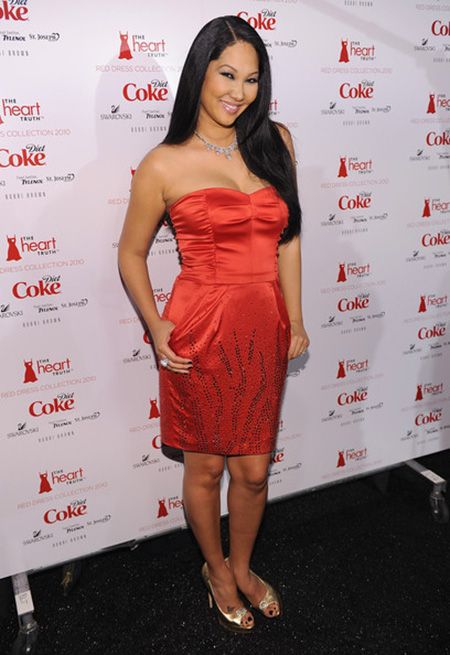 You will be surprised to know that Lee's ex-boyfriend Russell Wendell Simmons was the one who initially spill the beans via Twitter. He tweeted congratulating the happily married couple.

All of us love @OfficialKimora but the fact is she is happily married. . Tim is has been family for a while now. #gossipcop....

Lee got married to Russell Simmons back on December 20, 1998, but sadly got divorced in January 2009. They share two beautiful daughters, Ming Lee Simmons and Aoki Lee Simmons. 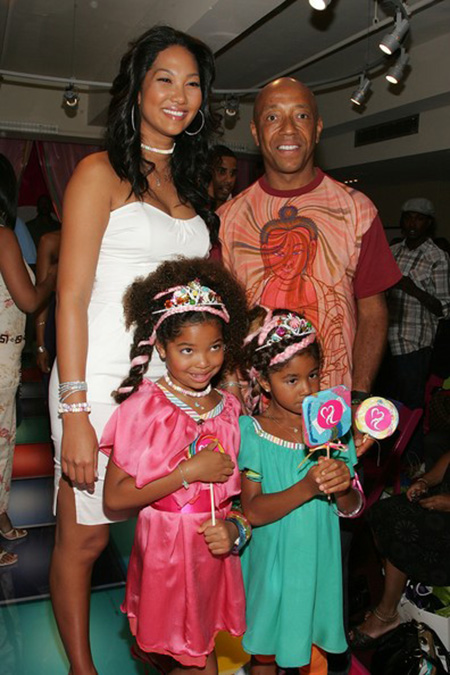 Kimora Lee with her ex-husband Rusell Simmons and her daughter, Source: Zimbio

Kimora Lee was spotted at LAX  after few days of her secret wedding, flaunting big sapphire wedding ring on her hand. 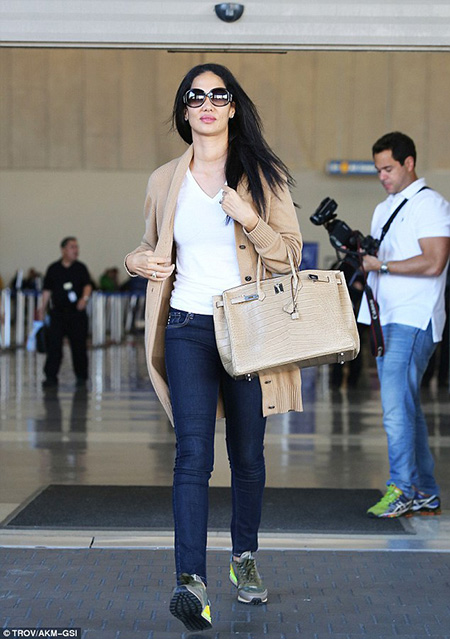 Kimora Lee flashes her wedding ring for the first time after the secret marriage with Tim Leissner Source: Dailymail

However, after two years of marriage, no rumors of a divorce or fights have spread out in media on these two love birds.

Lee also dated Blood Diamond actor Djimon Hounsou back in March 2007 and after 2 years in May 2009, they gave birth to their son Kenzo Lee Hounsou. The pair separated in November 2012. 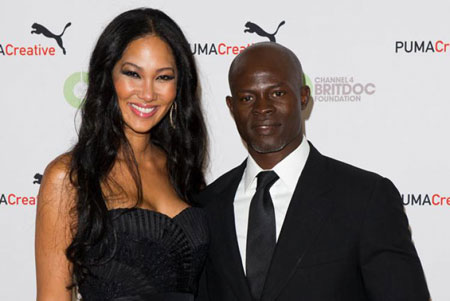 Couple blessed with a baby boy

In April 2015, Kimora Lee gave birth to Wolfe Lee Leissner, the fourth child of Kimora but first child of Kim with Tim Leissner. 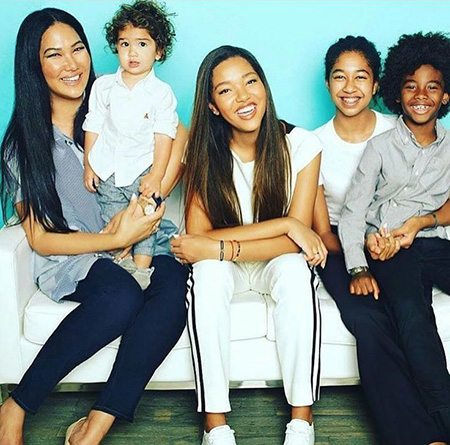 Everything seems cool between Tim and children of his wife's ex-husband. As they were spotted with big smiles, walking around the beach with three kids, Ming Lee Simmons, Aoki Lee Simmons and Kenzo, her son with ex Djimon Hounsou. 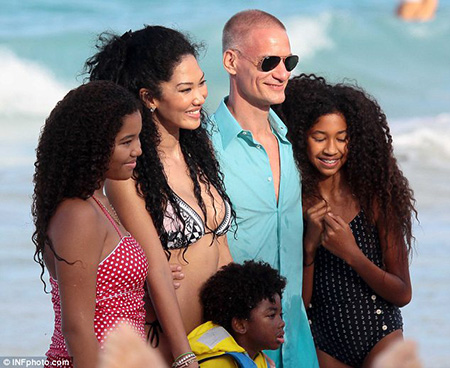 Kimora Lee with her husband Tim Leissner and her kids. Source: i.dailymail

The bond between Lee and her kids seems very strong as in 2017, Kimora was super supportive for her daughter Ming, when she headed for prom with a handsome dude.

We made this champagne silk slip dress for the beautiful @mingleesimmons. it's called the "ming ming" it's in my latest collection...???????? #prom17

Ming Lee dress was designed by her own mother Kimora Lee.

For more updates and gossips keep following our page and have a nice day guys!