Home Article Airbnb founder Brian Chesky In A Relationship With His Girlfriend Since 2015. The Couple First Met Each Other Through Tinder

Airbnb founder Brian Chesky In A Relationship With His Girlfriend Since 2015. The Couple First Met Each Other Through Tinder 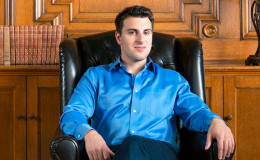 Airbnb founder Brian Chesky In A Relationship With His Girlfriend Since 2015. The Couple First Met Each Other Through Tinder. Also, see his Career and Net Worth.

If you're familiar with dating apps then you must've come across the app named Tinder. There are various stories about couples getting married through the IOS and Android application.

Lucky for Brian Chesky, Airbnb founder, as he also found his soulmate through the same app. Upon getting matched with her, he started dating American-Indian artist Elissa Patel in 2015 and they're inseparable ever since.

Let's know more about their relationship and see if the couple has decided to tie the knot in future?

Brian Chesky and Elissa Patel-Met Each other in Tinder

It's been often said, 'If a guy is famous, rich and handsome then he can get any type of the girl he wants.' Brian matches all those criteria and he has the potential to make any girl fall for him. 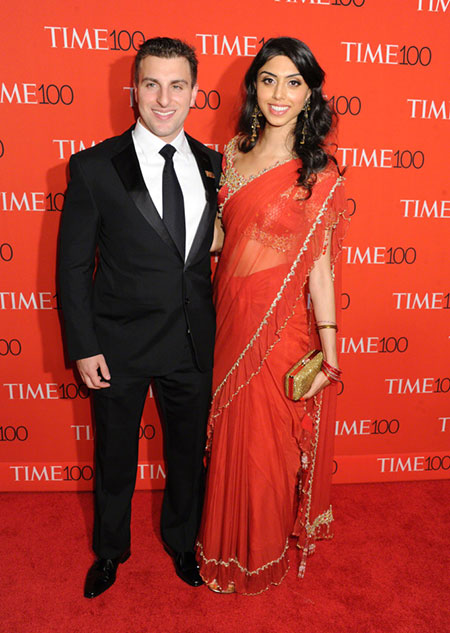 Brian Chesky and Elissa are now together for more than 2-years, Source: The Sun

Well, sorry for all you ladies out there as he's already off the market now. He found his soulmate in 2015 at the most infamous places in the world, Tinder.

We're familiar with Tinder's reputation but despite the fact, there are a handful of couples who met each other on Tinder and living happily together. Brian and Elissa belong to the same handful crowd as they right swiped one another.

Couple Who Exercises Together Stays Together

The pair lives in their apartment in San Francisco, California. The pair loves to enjoy every moment, be it going out or doing exercises together. 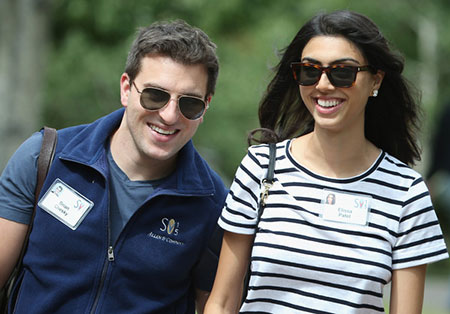 Brian and Elissa met each other on Tinder, Source: Zimbio

In order to cope-up with his growing business, Brian needs to stay in shape and that's where his girlfriend comes in. Every Thursday morning the lovebirds will indulge in a healthy yoga session. That way Brian get to take care of his body as well his relationship.

Many of you might wanna know about Brian's girlfriend Elissa. Don't worry as have some information about the lady. To say the least, she's an artist based in San Francisco, who usually uploads her artwork on her Instagram account.

After seeing those artworks and saying it's beautiful would be an understatement. We know now why Brian right swiped her.

They recently visited Elissa's ancestral country India due to business and recreational purposes. The couple got to meet various celebs and most of all the Prime Minister of India, Narendra Modi.

They even played the game 'How Well Do You Know Me' in collaboration with CN Traveller. You can watch the video above.

For the moment the couple is enjoying their amazing relationship together. The pair is living blissfully and we wish that they stay like this for years to come. 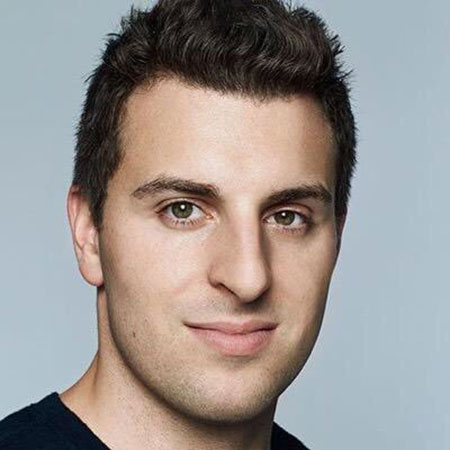