Know about Journalist Lyse Doucet's family. Is she married? 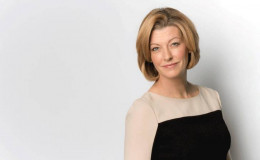 In a nutshell, Lyse Doucet is a famous Canadian journalist who is very talented and an experienced one is not married yet at the age of 57 as well she has no any boyfriend and rumors yet.

Lyse Marie Doucet is a Canadian journalist who is very talented and hardworking. She currently works as BBC’s International Chief Correspondent and besides that she is also the occasional contributing Editor. Likewise, she is the presenter of the BBC World News television and BBC World Service radio 4.

As compared to her professional life, her personal life is a bit mystery to the world. She is very private and a mysterious person. As of now, all we know is that she is still single and has not been married yet. Similarly, there is also no news of her dating someone or having a boyfriend.

Is Lysa Doucet married or dating someone?

Lyse has not been married yet and as far as we know she has also not been linked up with anyone. Perhaps, she was so busy and concentrated on her career that she focused on starting a life with someone. Even though she is not ready to have a husband and be someone's wife we really wish her to find someone who would always love and appreciates her no matter what.

Lyse is undoubtedly one of the most talented, hardworking and passionate journalists of all time. During her wonderful career, she has managed to cover several wide range stories including the Indian Ocean tsunami in 2004.

Similarly, she has also made the documentary titled “Children of Syria”, with filmmaker Robin Barnwell in 2014, which was nominated in the Best Single Documentary category at the 2015 BAFTA Awards.

After the success of 'Children of Syria', she made another documentary “Children of the Gaza War”, with filmmaker James Jones in 2015.

Likewise, apart from working she also supports some organizations including the International Council for Human Rights Policy based in Geneva.

She is also the council member of the Royal Institute of International Affairs and has also played an important character in the BBC’s coverage of the “Arab Spring”, reporting from Tunisia, Egypt, and Libya.

During her amazing career, she has also been awarded for some of her contributions. In 2003, she was awarded Silver Sony Award for being the News broadcaster of the year.

Later on, she also got the title of International Television Personality of the Year in 2007, by the Association for International Broadcasting.

Well, she is a very successful, independent, and a powerful woman and we would like to wish her to remain as it is for the rest of her life.