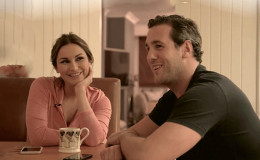 Samantha is a very jolly girl and no one thought that she would settle so quickly. She is now having her own family with her boyfriend and her child with her.

Samantha Elizabeth "Sam" Fis an English model and a television personality best known for her role in lTV2 reality program The Only Way Is Essex. She is currently enjoying her life with

She is currently enjoying her life with boyfriend Paul Knightley and the duo already have a child between them. Let us find out more about this powerhouse couple.

Samantha has a very jolly and outgoing nature and that is why she has a few celebrity relationships down the line. She was rumored to be dating Scott Timlin, Lewis Bloor, and Tj McCarthy.

All of those might be just rumors but she has confirmed to be in a relationship with Mark Wright in 2011. The couple met each other first in the sets of The Only Way Is Essex.

The pair was famous for their romantic chemistry on-screen and they were also romancing each other off the set as well.

But the romantic story was short-lived as the couple broke up and the reason being that Sam wasn't able to trust Mark.

She said that Mark is not ready to commit and that is why they broke up. She also said, 'I don’t think he is ready to commit. The last thing he wants is to worry about what he’s doing, how he’s acting or who he’s flirting with.'

Samantha then was in a relationship with English Reality TV star Joey Essex in 2011. The couple was young and happy but it looks like that they were immature as the relationship did not lasted long.

Joey and Sam were looking like that they can't see each other off but they also can't live together. It was reported that Sam even slapped Joey in the face during their time in Dubai.

Samantha stated the reason was because they were young and they didn't know how a relationship works. She said we were arguing all the time and then they both decided to call it quits.

Samantha is currently in a very healthy relationship with Paul Knightley. She is already a happy mother with her boyfriend Paul as the couple welcomed their first child in 2015. They named him Paul Tony Knightley.

Paul is a property developer who lives in South Woodford and currently the duo resides together in Sam's Essex house.

Samantha met her boyfriend Paul for the first time at a hotel in Essex after her split from Joey.

The couple is so much in love and the child between them is a truly a blessing for the both of them.