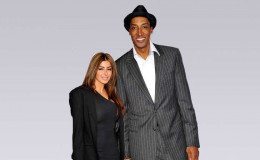 Larsa Younan the ex-model is currently the wife of Scottie Pippen. They got married in July 1997 and are happily living with their four children (4 sons and a daughter) in Chicago.

After her marriage, she likes to be known by the name Larsa Pippen. She gained her popularity from the American reality series 'THE REAL HOUSEWIVES MIAMI' (2011).

Larsa is also an entrepreneur, and she has her own website where she guides people in fashion, lifestyle, health and fitness.

The Assyrian Lebanese beauty married former NBA player Scottie Pippen on 20 July 1997, and they have four children together.

In 2007 the couple again welcomed their youngest son to their family and named him Justine. After having three sons, Larsa wanted a girl, and just like she wished for on 2009 they welcomed their beautiful daughter Sophia to their life. 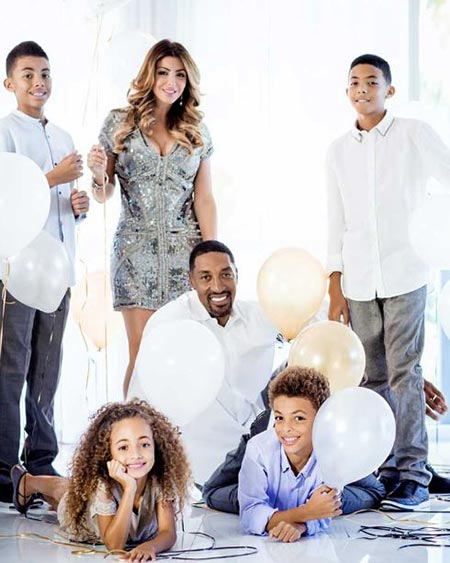 Lara Pippen with her husband and children

They both love spending as much time as possible with the children. Larsa also said that she is a mother first then only a celebrity or an entrepreneur. she has her own website where she gives tips about the lifestyle, fitness and fashion tips to people and celebrities.

Larsa also teaches her children to do social works too in her blog she wrote:

“The kids actively promote raising awareness for social matters including school bullying, healthy eating, and active lifestyles. By partnering up with kids their age, they’re able to promote the message of ‘giving back in anyway you can."

Pippen family spend their vacation helping the victims of a tragic hurricane that occurred in 2013 Haiti. 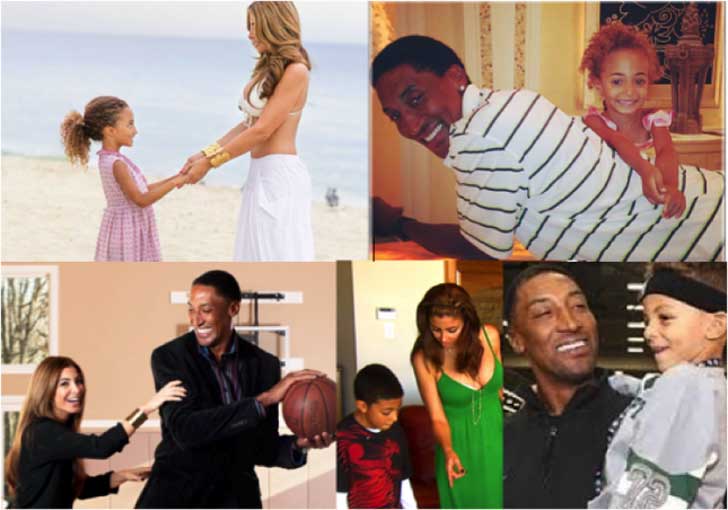 Larsa and Scottie Pippen have a fun time with their family

Pippen And His Ex-Girlfriends

Pippen first wife is Karen McCollum they were married in 1988. At the time of their wedding, they already had a son named Antron Pippen. However, with mutual understanding, the pair got divorced in 1990.

Similarly, he was also engaged to Yvette De Leon and has a daughter with her named Sierra Pippen. Unfortunately, that relationship did not last long and they broke up.

Currently, Pippen is a retired NBA player. However, he was second best in the 90s, after Michael Jordan. He was the best passer, Scorer, rebounder, defender of Chicago bulls. people used to call him Pip at that time.

On 11 July 2013, Camran Shafighi recorded a $4 million claim against Pippen in Los Angeles Superior Court over an occurrence that happened on June 23, 2013, at the Malibu restaurant Nobu.

Shafighi said that he was physically assaulted by Pippen in the wake of taking pictures of Pippen inside and outside the restaurant.

Shafighi was then taken to a hospital. On 27 August 2013, the Los Angeles Country lead prosecutor's office reported that charges would not be documented against Pippen.

Recently, there was an angry tweet from Larsa. She was angry because of Christian Laettner. It seems Laettner owes Pippen family $600,000.

He was sued by Pippen in 2007 and won the case in 2010. It was a case of investment and buying the Memphis Grizzlies.

It's crazy you've been fucking us around forever @laettnerbball. Homie how do u sleep at night.

The judge gave the decision in favor of Pippen with $2.5 million, but full payment has yet to be received.