Home Article Know the truth about Kimbella Plastic Surgery; Before and After Photos

Know the truth about Kimbella Plastic Surgery; Before and After Photos 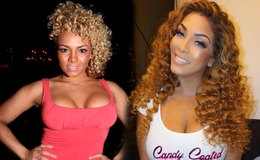 One can't just deny the addiction of Vh1's reality star, Kimbella Vanderhee with plastic surgeries. The reality tv star modified her body a lot of times and even never remained shy to speak of her experience with it.

With being gifted an envious-worthy body, Kimbella Vanderhee was already naturally beautiful and thick, though. Anyway, curious to know the truth and what was Kimbella's journey to plastic surgery like?

In a video shared by Liposuction NYC on YouTube, we learned that the Love & Hip Hop alum relied on the service of the family doctor, Dr. Ayman Shahine, whom she has visited more than five times. And, before Kimbella had her breast implant surgery, she was a D cup size and after the surgery, she was the size of triple D. 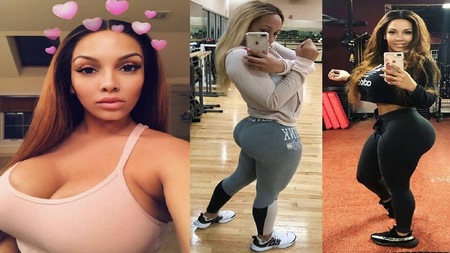 Kimbella even gushes over Dr. Shahine citing how much she loves him for changing her life. And, not only has Kimbella got a boob job but tummy tuck too. Not to mention, Kimbella also got rid of her loose skin around her arms. And, of course, she tightened her arms through surgeries.

Watch the video below.

Interestingly, her surgeon didn't let the fats go to waste as he transferred them to her butt. The butt surgery's results were, however, not showcased on the video. And, taking a notice, Kimbella got her butt implants not once but twice. Clearly, it's safe to say, it's an addiction rather than her insecurity.

Kimbella Also Got Her Butt Implant At MIA Aesthetics

In October 2019, the Florida-born and bred who shares a rocky relationship with Grammy-nominated rapper Juelz Santana came forward to speak about butt implants she underwent not long after she gave birth to her fourth child, Santana James, in July 2019.

Sharing a picture at the MIA Aesthetic clinic, Kimbella made sure to thank Board Certified Plastic Surgeon Dr. Mehio and express her gratitude for treating her like the Queen she is. MIA Aesthetic, likewise, shared another video featuring Kimbella on her butt implant journey. 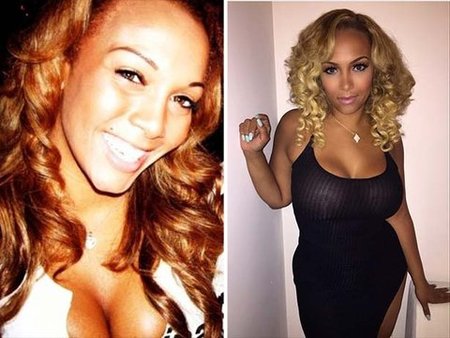 Although much was not revealed, Kimbella made sure to share the before and after result by mentioning that she was seven days post-up at the MIA. Needless to say, her butt was definitely and noticeably lifted.

Meanwhile, Kimbella is also expected to have undergone a nose job. The mother of four, however, hasn't addressed the speculation. On the other hand, Kimbella often promotes beauty products and cosmetics she claims to help her look gorgeous.

Just in July 2021, the TV star promoted Shapewear& Wellness Products, a company that manufactures and sells shapewear that helps women look fit with a slim waist. However, that product is definitely what makes Kimbella look in shape. Either way, Kimbella loves her body and remains confident in it.

Kimbella and Santana are parents to three kids including; LaRon Louis James, Jr., Bella Monroe James, and Juelz Santana James. Both Kimbella and her husband she wed in 2018 also share another child with their former partner. 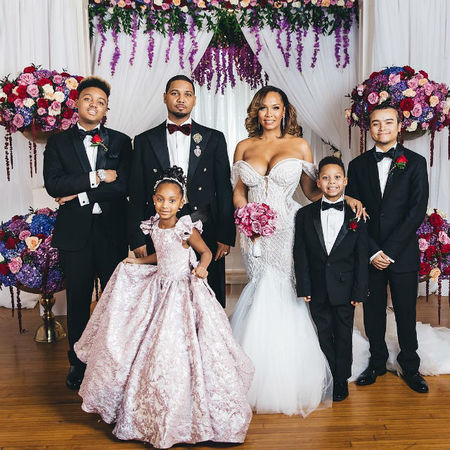 Whilst Kimbella had her first child named Leandro in 2002, Santana had his child, also a son in 2003.