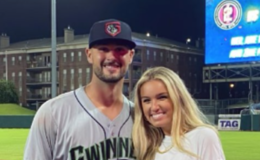 Kyle Muller is a professional baseball pitcher from the United States who now plays for the Oakland Athletics of Major League Baseball. In this article, learn all about Muller's personal life.

The 6'7'' tall player made his debut in Major League Baseball in 2021 with the Braves, but following the 2022 season, he was traded to the Athletics.

As per Abtc, since the beginning of 2019, Kyle Muller has been romantically involved with Connie Sebesta. The proposal that Muller made to Sebesta on the occasion of their third anniversary made the celebration even more memorable. 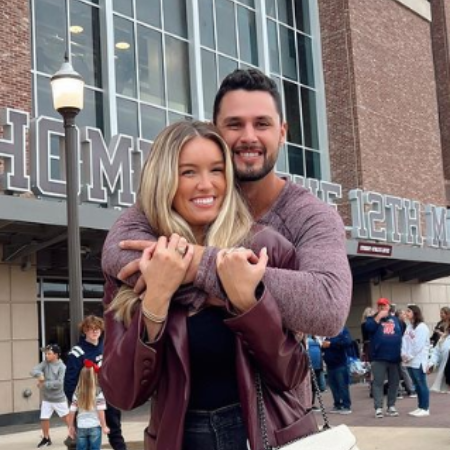 Since the beginning of 2019, Kyle Muller has been romantically involved with Connie Sebesta. SOURCE: Instagram

The lovebirds announced their engagement on their respective social media platforms just a few days before he was transferred to the Oakland Athletics.

Kyle Muller's fiancée Connie Sebesta is presently working at Power Move Marketing as Director of Marketing. Between August 2018 and July 2019, she formerly held the campus ambassador position for Bumble. Between July 2019 and July 2020, Sebesta also had the role of a social media strategist. 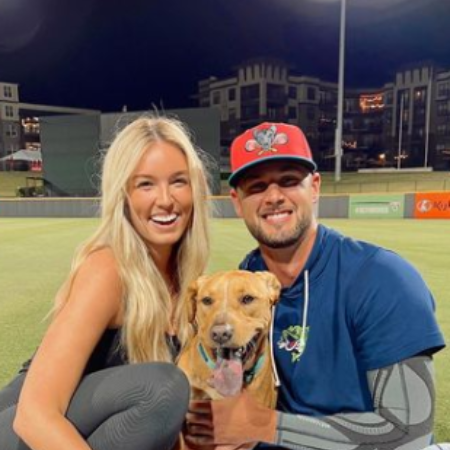 Connie was born on August 3, 1997, and she is a native of Texas. Her parents are Meg Jankowski Sebesta and William "Bill" Sebesta. Her father practices law in the city of Houston. She grew up with her two siblings. Her sister Paige is a very skilled athlete who currently attends Wake Forest University in Winston-Salem, North Carolina, where she plays volleyball.

Connie was a member of the drill team known as the Crimson Cadettes for Cypress Woods High School. After receiving her diploma, she continued her education at Texas A&M University.

Kyle Muller attended Jesuit College Preparatory School. He pitched and played outfield for the team. In his final year, he had 24 consecutive strikeouts, which was enough to create a new national record. After posting a record of 8-0 with a 0.46 earned run average and 133 strikeouts as a pitcher, as well as hitting.396 with 15 home runs and 52 runs batted in, Muller was awarded the Gatorade Baseball Player of the Year award. 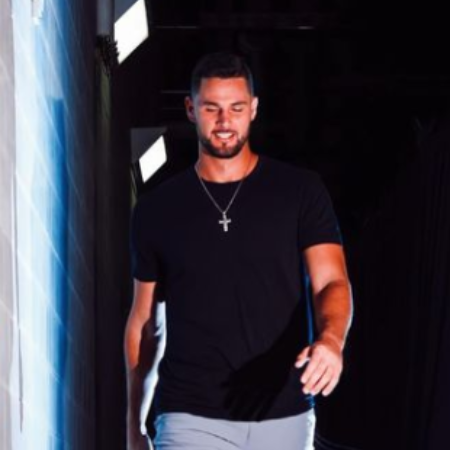 In high school, Muller was a basketball player as well. Muller has decided to play collegiate baseball for the Texas Longhorns at the University of Texas at Austin, which he has committed to attend. The Atlanta Braves chose Kyle with the 44th overall pick in the Major League Baseball draft in 2016.

In 2017, Muller pitched for the Danville Braves, with whom he started 11 games and finished with a record of 1-1 and a 4.15 earned run average. He started the 2018 campaign with the Rome Braves, but on May 8, he was moved up to the Florida Fire Frogs.

On August 6, Kyle became a member of the Mississippi Braves. Muller led the league with 16 wild pitches during his career, which spanned three teams and 25 starts. He had an 11-3 record, a 3.03 ERA, and a 1.23 WHIP. Muller was a member of Mississippi for the entirety of the 2019 season.

Because of the widespread COVID-19 outbreak in 2020, the minor league season was cancelled; hence Muller did not participate in any games that year. Following the season's conclusion, the Braves decided to include Muller on their 40-man roster. After Tucker Davidson was injured and placed on the injured list on June 16, 2021, Muller received his first promotion to the major leagues and became eligible to play.

On that day, Kyle made his debut in Major League Baseball, pitching one inning against the Boston Red Sox and allowing two runs to be scored. On June 21, he made his career debut by starting for the New York Mets. The game was a loss by a score of 4-2, and he gave up one run over four innings.  On July 3, Muller was sent back down to the Triple-A level to play for the Gwinnett Braves. In nine games for the Braves in 2021, he was 2-4 with a 4.17 earned run average (8 starts).

Muller was traded to the Oakland Athletics by the Atlanta Braves on December 12, 2022, as part of a three-team deal that also brought the Brewers William Contreras, Joel Payamps, and Justin Yeager, and the Athletics Manny Pia, Esteury Ruiz, Freddy Tarnok, and Royber Salinas.