Home Article Kyle Snyder; on the way to be the world's best Wrestler, see his Career including Affairs and Relationships

Kyle Snyder; on the way to be the world's best Wrestler, see his Career including Affairs and Relationships 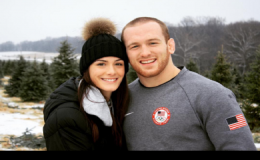 Kyle Snyder is on the way to be the world's best Wrestler. The youngest Olympic gold medalist and Rio Olympic winner, Kyle has made himself and his country proud in front of the world. At the young age of 21, he has already set a bench mark for all the players out there.

The young and energetic sportsman is in a relationship as well and is dating a beautiful girl. To know more about his girlfriend, relationship, affairs, and career stay with us!!!!!!

Their Instagram posts tell us that they are living a beautiful life together and goes on various vacations, outings, dinner dates and much more giving us some serious relationship goals.

As per the rumors, they might get married soon and start their life as a husband and wife but has not revealed about their marriage plans yet.

#BTSNY with my better half

Kyle's  career and net worth

Since his high school, Kyle started to build his career in wrestling. Playing several games he won three Prep National Championship at an early age.

Furthermore, he competed in World Championship and defeated the former Olympic gold medalist by representing his country. He made a history in America on junior wrestling. 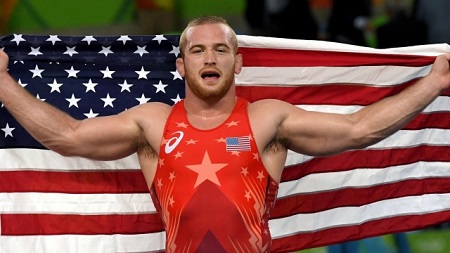