Home Article Leeann Tweeden and Chris Dougherty Married in 2010; Has a daughter together; Resides in Los Angeles

Leeann Tweeden and Chris Dougherty Married in 2010; Has a daughter together; Resides in Los Angeles 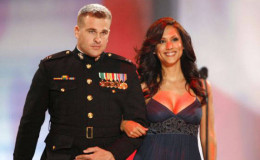 Tweeden was born in Manassas, Virginia, and won her first talent contest at age 16. After graduating from Osbourn Park High School, in 1991, Tweeden moved to Hollywood to pursue a career in modeling.

The super hot American model as well as sports commentator Leeann Tweeden can make any man go weak on his knees as she's so gorgeous and stunning. Most of you might not know this, but Leeann is already married.

In fact, "The Top Hooters Girls of all time," Tweeden has been happily married for six years to the handsome military pilot of California Air National Guard, Chris Dougherty and also has two adorable children.

Leeann's family has a military history as her father himself is a retired Air Force Chief Mechanic who worked in B-57s.

Raised in Manassas, Virginia, Leeann was always fascinated by Airforce men. And that's how she met the love of her life, Chris Dougherty. 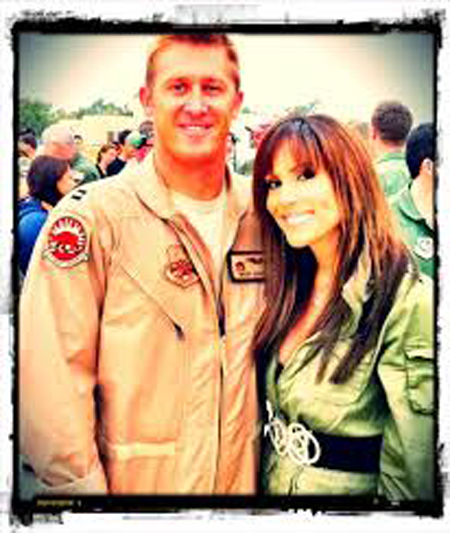 The story dates back in 2002 when Leeann went on her first USO (United Service Organisation), tour along with her father where she befriended the pilot named Tyler Thompson.

The duo kept in touch for a long time and decided to meet two years after in October 2004. Tyler didn't come along and brought his best friend, Chris, and the three caught up for a casual dinner.

At that time, both Leeann and Chris were seeing different people but things were about to change. After two months Leeann got another opportunity to make USO tour along with her pilots Tyler and Chris.

Today is Veterans Day. A day we thank those men & women who wear & who have worn the uniform. The men & women who have sacrificed so much for others so that we don't have to. My father served in Vietnam. My husband still serves to this day. They are my heroes. Dad, I miss and love you so much. Chris, you are the rock of our family and the man of my dreams. I love you more than you'll ever know. ?????? #HappyVeteransDay #thankyoutoallwhoserve #airforce

Both of them were very interested in each other, took every opportunity to talk with the beautiful Leeann.

Soon after her tour, when Chris returned back from deployment, the duo started dating. After being in a relationship for four years, Chris finally proposed and the pair made it official in 2010.

The brave and chivalrous Chris who now serves as Air National Guard overseas, and the gorgeous model Leeann has been happily married for six years.

The couple tied knots during the summer of 2010 organizing a private wedding without involving any media. 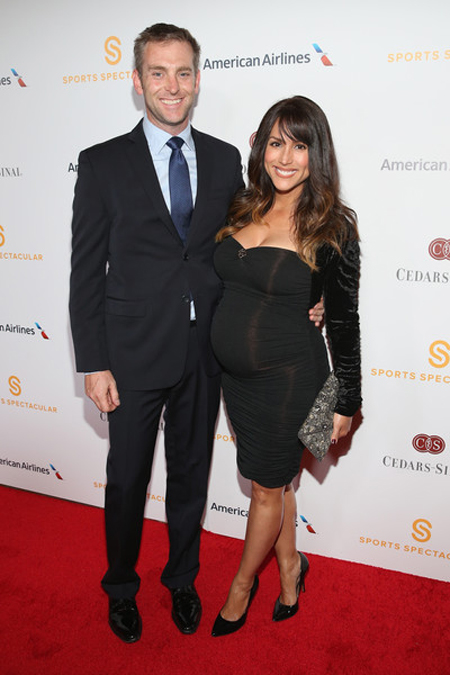 The adorable pair has celebrated their wedding bliss ever since and hence no rumors of divorce so far.

Today, we celebrate America's Independence. And we also celebrate our wedding anniversary! I married the love of my life 6 years ago. We've been together 12, lived through active-duty, constant deployments and living on opposite coasts. But we made it! We started our little family and now we have 2 happy & healthy children! We're still a military family and are proud to continue serving. As we all celebrate today, please remember our service men & women who wear the uniform and protect the liberty we all hold so dear. ???????

The amazing couple, Chris, and Leeann have been blessed with two wonderful kids, a son named Kane and daughter Kaia. Their son was born in 2012, and now he's an adorable kid of four years.

Their baby daughter was born in 2015, and she's still a cute toddler.

Leeann spends quality time with her children and husband no matter how busy her schedule is. This happy family of four lives together in their grand house in Los Angeles.

Well, we really wish this wonderful family a lifetime of happiness and togetherness and salute Leeann's patience and understanding of her husband's honorable career and wish them best wishes in every step of their lives.