Home Article Len Wiseman and his wife Kate Beckinsale divorced in 2016 after 12 years of marriage: No children together: See their current status

Len Wiseman and his wife Kate Beckinsale divorced in 2016 after 12 years of marriage: No children together: See their current status 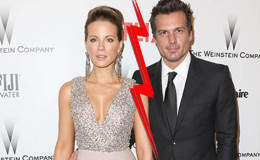 Kate Beckinsale divorced husband Len Wiseman after 12 years of marriage and donot have any children together. Kate has a daughter with former boyfriend Michael Sheen

Well, there are way too many reasons for two people to get divorced and in Hollywood, it's become pretty much a trend to end marriages without giving it another chance and moving on like it never happened!

Similar is the story of amazing Hollywood couple, actress Kate Beckinsale, and director, Len Wiseman, who have decided to part ways, ending 12 long years of marriage.

It came quite as a shock to all the fans but it's the bitter truth.

The 12-year wonderful union of the stunning 43-year-old Kate Beckinsale and handsome 43-year-old, Len Wiseman has finally ended as the director has reportedly filed for divorce from the Underworld Awakening starlet. 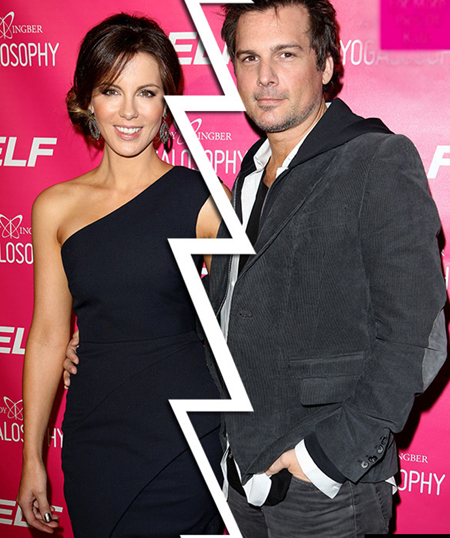 The then husband and wife, Len Wiseman and Kate Beckinsale, Source: Hollywood Life

The successful director filed the documents in October of 2016, stating "irreconcilable differences" between the couple and based on the mutual understanding to split.

The pair's story started way back in 2003 when the two first met on the set of the film "Underworld" and eventually fell in love. 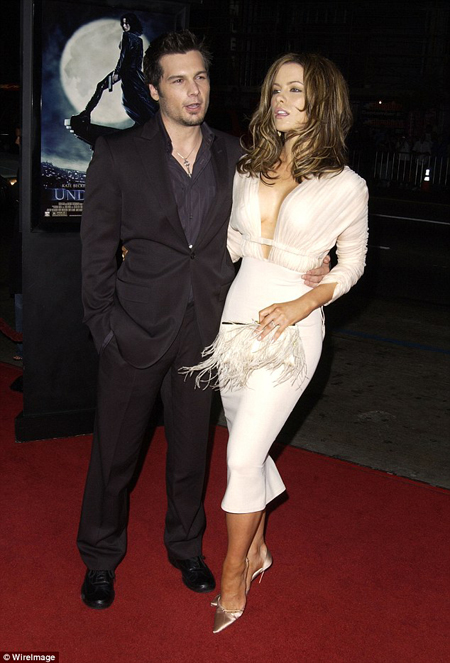 Surprisingly, Kate was already married to her then-husband actor, Michael Sheen, with whom she later got divorced in early 2003.

Love-struck Wiseman cast Kate in three of the films under the franchise "Underworld" series as the lead which gained Kate a world-wide recognition as the action-packed, sexy "Selene" 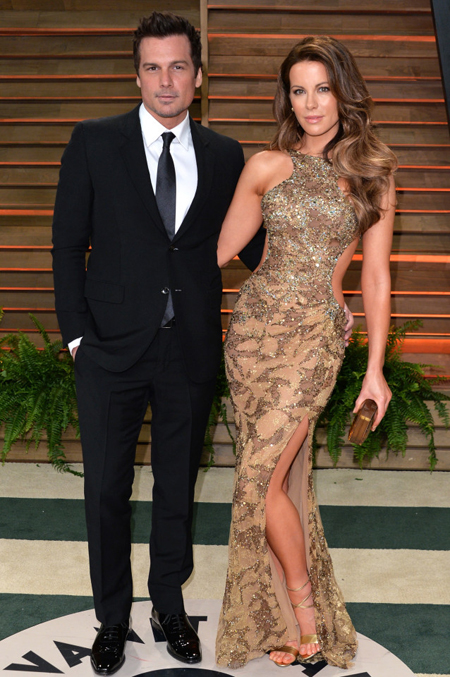 Their romance sparked like a wild fire and after dating for a year and so, they got married on 9 May 2004 in Bel-Air California.

The couple does not have any kids together and now both have moved on with their lives really well. Also, neither Kate nor Len requested for spousal support as both had a prenup before tying knots.

After divorcing Kate, Len sparked romance with a young blonde

Well, this was pretty quick as Len after splitting with wife Kate was spotted hanging out with a hot blonde, an actress CJ Franco in the Tinseltown. 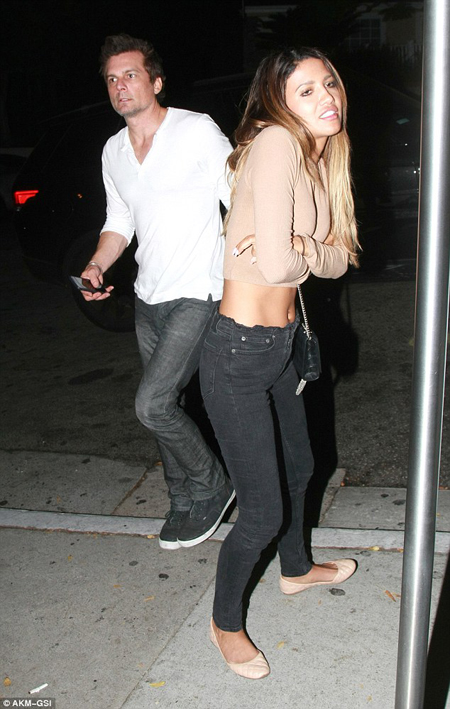 Sources also reported that Len was seen going out many times prior the split with the 25-year-old model turned actress.

Franco appeared on popular TV shows Sketch Juice and No Chance at Love and was first spotted along with the director in October 2015. 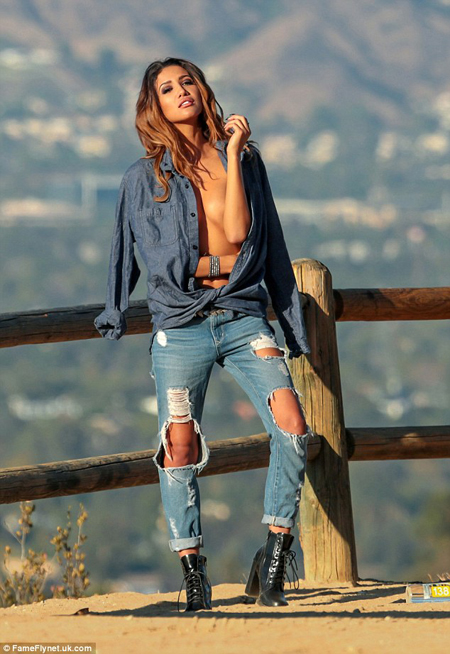 However, recently, the pair has not remained active on the media as they have not made any appearances together.

Len, too, has not confirmed anything about his relationship with Franco and perhaps we can assume that it was just a one-time fling with the actress. 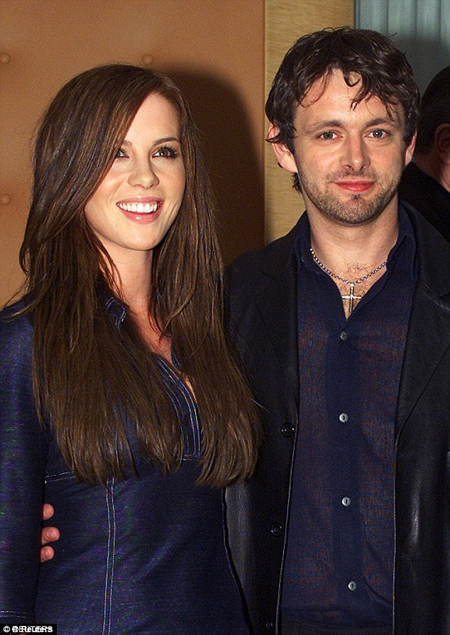 The pair had their first encounter while touring with the cast of The Seagull in 1995. They got along really well, so well that they moved in together the same year.

After dating for four years, their daughter Lily was born in London in 1999. They were one of the Hollywood's ideal couple, however, this too ended without a happily ever after. 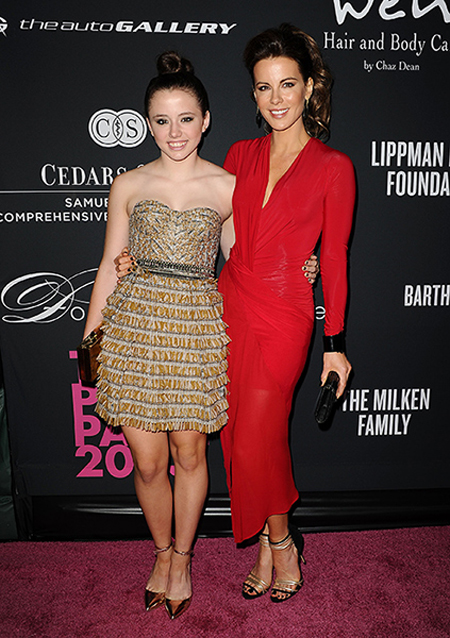 The couple split in early 2003 but they have remained unbelievably good friends for so long. In an interview with Peter Travers, she quoted:

"Sheen is really dear, close family. He's somebody I've known since I was 21 years old. I really love him a lot."

The wonderful family is still together without any problems or bitterness. Kate and Michael still hang out together and they have done an amazing job raising their daughter, Lily together.

Well, as for now, Kate is enjoying her single hood to the fullest, going on vacations and having fun with the daughter.

We wish her best wishes in her future endeavors.