Home Article Leo Manzano; is he Dating someone or already Married? See his Affairs and Relationships

Leo Manzano; is he Dating someone or already Married? See his Affairs and Relationships 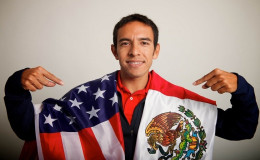 Know about the dating life of Leo Manzano and also know if he has a girlfriend or is married. Also, get feed yourself with information about his career and relationships.

We all are aware of the achievements of the 2 times Olympian and silver medalist, Leo Manzano and similarly his fans are also curious to know if the Mexican-American middle-distance runner has a girlfriend or he is already married.

So, today to all the fans of Leo we have brought all the information you need to know!!!!!

Leo Manzano; Know about his dating life and relationships

Leo lives quite a private life and does not prefer to share his personal details to the world and his behavior has made very difficult for us to know about his personal affairs.

He has not been linked with anyone and there is also no news of him dating or having a girlfriend, however, he has a son so is he married!!

I came home from a workout and my little Lion was there waiting for me with a small gift. Having my son in my life is such a blessing and I thank God everyday. #HappyFathersDay --------- Esta mañana llegue de mi entrenamiento y mi pequeño leon me esperaba con un regalo. Me siento bendecido por tener a mi hijo y se lo agradezco a Dios todos los días. #FelizDiaDeLosPadres

Well, he is also not married. Leo has not revealed any information about the mother of his child but we must say the father-son duo is the cutest thing we will see today!!!!

Keeping it cool in the heart of Austin with these guys after two training sessions. #TrainingPartners #BartonSpringsPool #65Degrees #Refreshing @nari2bono

As of now, Leo is focused on his career and is busy raising his son.

In 2012, Leo after recovering from the injury of 2011 Worlds 1500 meters semi-final, he managed to win the 1500 meters title at USA Indoor Track and Field Championships during the qualification of 2012 Summer Olympics.

And the lion of the athletics hold the title of 1500 meters winner in USA Outdoor Track and Field Championships within the time limit of 3 minutes 38.63 seconds. Manzano managed to win the silver in London Olympics of 2012.

Here is a video of the race for you to enjoy.

Leonel Manzano got the 3rd position at 1500 meters and 4th place at 1500 meters at 2015 USA Outdoor Track and Field Championships and 2016 United States Olympic Trials respectively.

Similarly, Leo signed as the Nike athlete won the silver medal in 2012 but being unsatisfied with the contract, Leo later on April 10, 2014, Leo officially signed with HOKA ONE ONE and win the race at USA mile championship in Des Moines Iowa. 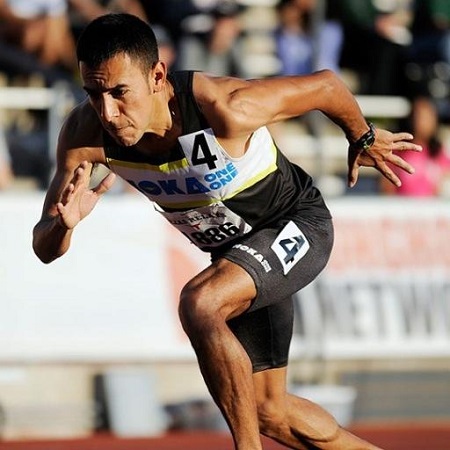