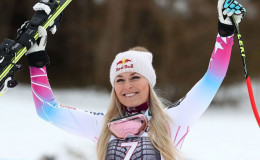 The Valentine's Day fever has affected all. Even some of our favorite celebs get affected by the romantic atmosphere. The amazing day is better known as 'Singles Awareness Day' to some who are single. And the same thing works with famous Olympian Lindsey Vonn.

The Valentine's Day fever has affected all. It's a day when people celebrate love for their partner as well as family. But the day has become quite a cliche, even for celebrities!

When world-renowned celebrity World Cup alpine ski racer Lindsey Vonn tweeted that she doesn't have Valentine this year, the tabloids went crazy. So does she really doesn't have a date for Valentine and still single? Let's find out!

When Olympian Lindsey Vonn realized it was Valentine's Day, she turned to be one who is trying to find a new love. 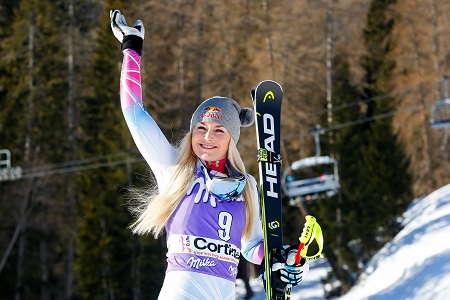 Lindsey Vonn still single, waiting for the best in her life, Source: Time

The American beauty, initially said that she was too busy in the Winter Olympics to remember the significance of Valentine's Day.

So apparently it’s Valentine’s Day....I forgot all about it because I’m at the #Olympics and I’m single. Anyone else out there single and want to be my valentine? ????‍?? #worthashot

Some of her potential beaus tried their best to drag the attention of the gorgeous lady. It took no time for the star to attract many men who agreed with her hashtag #worthashot. We have yet to see who's the lucky one who succeeded to approach her.

As Vonn received thousands of responses and she also retweeted some of her favorites.

French Olympic champion Martin Fourcade, 29 was too quick to reply. He said,

"Hey, @lindseyvonn my friend @Richardjouve is the best Valentine you could find!"

Let's have a look at some other Twitter posts:

L-oves America
I-s going to win gold
N-eeds to be my Valentine
D-oes magical things on skis
S-now and stuff
E-veryone is cheering for you
Y-ou think this will work?#HappyValentinesDay

I'd be honored to Vonn-lunteer ??

Well, we have no doubt that the skier is single at the moment. We wish her to find a new love soon in the following days. Watch her at the Winter Olympics on 16th February 2018 and wish her all the very best for her success.

Lindsey Vonn: Her Past Affairs and Relationships

Vonn was previously married to fellow U.S. Ski Team athlete Thomas Vonn. The power couple tied the knot in September 2007. They first laid eyes on each other at the Olympic Games in Salt Lake City when she was just 17 while Thomas was 26.

Eventually, the pair fell in love but Vonn's father was very much upset when they decided to get married due to the huge age gap. 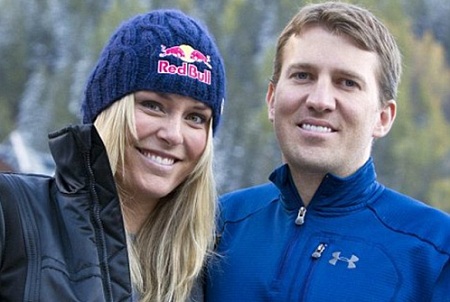 They got married despite everything but it didn't last that long. After nine long years of happy conjugal life, they announced that they're getting divorced. Their divorce was finalized on 9 January 2013.

Following this Vonn got involved in a much-publicized relationship with golfer Tiger Woods. The couple met at a charity event in 2012 and they got serious right away. 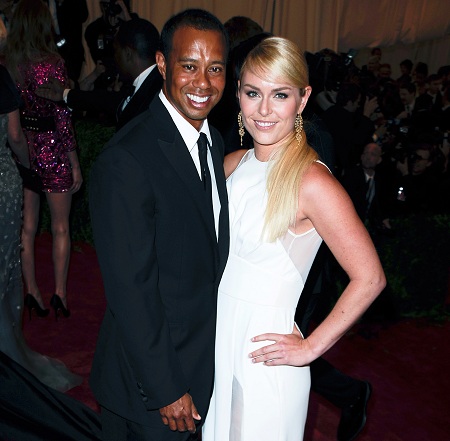 Tiger Woods and Lindsey Vonn together at an event
Source: US Weekly

However, things started to go south in 2015 and they separated the same year.

She was also in a casual relationship with Canadian actor Alexander Ludwig in 2016 but she got official with former NFL assistant coach Kenan Smith. 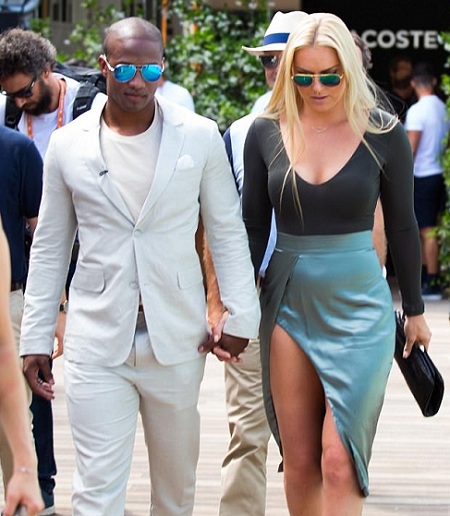 She revealed about her dating life with Smith via Instagram in November the same year.

Vonn and Smith seemed very serious in their relationship and nobody expected they would ever separate in 2017. 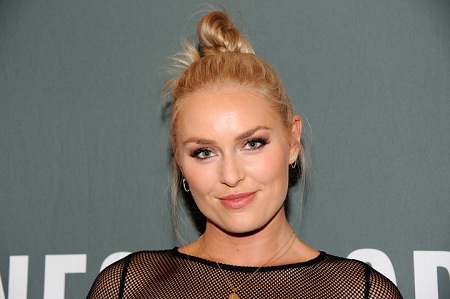