Lionel Richie's Marriages and Relationship History: Everything to Know Here 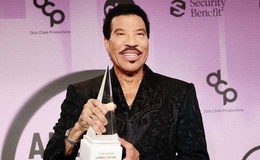 Lionel Richie has been married twice and is a father of three, including model Sofia Richie: Inside the singer's relationship history!

An 80s pop icon and certified legend, Lionel Richie is by far one of the most renowned Black artists in the music industry. If we look at the singer's host of accolades as the defining parameter of his stature in the industry, then Richie has got four Grammys, an Oscar, a Golden Globe, and a fresh induction in the Rock & Roll Hall of Fame. Growing up in the inspiring city of Tuskegee, Alabama, a place dominant in the African-American community and its legacy, Richie set out of his hometown in search of fame, which he found with the band Commodores.

Lionel Brockman Richie Jr., 73, is the singer behind memorable hitmakers like Easy, Sail On, My Love, You Are, and Truly. Also a songwriter, producer, record producer, and television personality, Richie's five-decades-long career spawned a plethora of hitmakers and has set the record of having sold over 100 million albums. Richie's relationship history establishes the singer as a family man and not much of a player. The Grammy winner has been married twice and is in a relationship with Lisa Parigi.

At 73, the My Love crooner has been married twice and has three children from his two marriages. Lionel was 26 when he became a husband to his college sweetheart Brenda Harvey, who accompanied Lionel during his early career. The pair tied the knot on October 18, 1975, and adopted Nicole Richie after a decade into their marriage. While the couple's marriage looked like any other long-married couple, mundane and stable, an imminent scandal lurked at the corner. 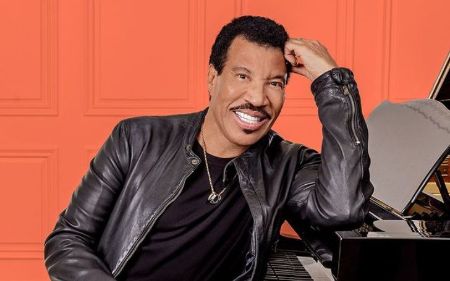 While still married to Harvey, the Grammy-winning singer reportedly had an illicit relationship with Diane Alexander for years. The singer's infidelity was going on for so long that even his neighbors had caught glimpses of Richie and Alexander going behind Harvey's back. The bitter news soon reached Brenda's ear, and when she reached Alexander's apartment to confront them, all hell broke loose.

Harvey was arrested and faced multiple charges, including corporal injury to a spouse, vandalism, and battery. "They were screaming and you could hear everything. Lionel was there, and it was obvious that his wife had just found him with Diane. It sounded like she was killing someone. It wasn't very civilized," a source said at the time. After the pair's divorce in 1993 and the whole fiasco, Richie made his relationship with his former mistress official. 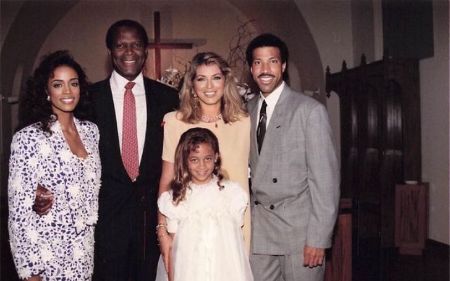 Richie was married to his college sweetheart Brenda Harvey for 18 years. SOURCE: Instagram

The pair welcomed a son, Miles Richie, in 1994, and the couple tied the knot a year later. They welcomed another kid, daughter Sofia Richie, in 1998. Despite their infamous and immoral beginning, Richie and Alexander went on to enjoy their marital bliss for almost a decade before calling it quits in 2004. The long-estranged couple remains amicable to this day and shares an affectionate bond with their grown-up kids.

Who is Lionel Richie Dating?

Hollywood heavyweights romancing staggeringly young women has become a trend, and Richie is among those many trend followers. The American Idol judge started dating Lisa Parigi, forty years his junior, in 2014, and unlike other couples with such age gaps, who tiptoe around the public and media, Richie and Parigi are proud and expressive of their love for each other. 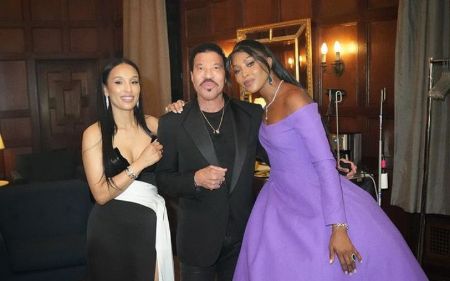 The couple was first linked in the early 2010s; Parigi was and is Richie's biggest fan. When asked what is her favorite Richie song, Lisa goes, "I would say between Endless Love or Stuck On You. Yeah, I'll go with Stuck On You, the lyrics, the melody, and although I go to literally almost every show, each time, it feels like I’m hearing it for the first time, so it captivates me." Although their relationship goes almost a decade back, it was only in recent years that the duo started flaunting their chemistry.

Lionel and Parigi were first linked in the early 2010s!

"At this time in my life when you can be so jaded about things, [my girlfriend] Lisa kind of makes everything feel a bit safe," the Grammy winner said in an interview in 2019. Sharing his future plans and probability of a third marriage with Parigi, the singer said, "Do I have an exact time on this? Oh, hell no. I don't. But there is light at the end of the tunnel. I'm sure." During his Hall of Induction in May, Lionel included his girlfriend in his thank-you speech. 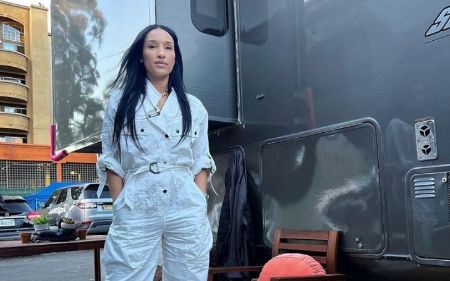 Lisa Parigi is a Swiss-born model and businesswoman. SOURCE: Instagram

Lisa Parigi, 32, is a model and businesswoman. Her accomplishments are stellar. Parigi founded and runs her lifestyle brand, The Estate Collection, and has a skincare brand called Glow Up Beauty under her belt. Born and raised in Switzerland, Lisa initially started as a model and influencer and subsequently took an interest in investing and business. She is also an enthusiastic NFT collector.