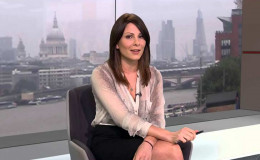 British journalist Lucrezia Millarini is living a happy married life with her husband. Details about her husband and kids is still a mystery.

British journalist Lucrezia Millarini is best known for her dedication and hard work on the ITN networks. Not just her hard work but she has also made quite a name being very private about her personal life.

There's no doubt she's a married woman. Let's get details about her family life, career and more in today's session!

Lucrezia Millarini, a freelance journalist who is currently working in the Independent Television News (ITN) is, of course, a married woman.

As many TV personalities tend to keep their personal life away from the spotlight, Millarini is definitely one of them. 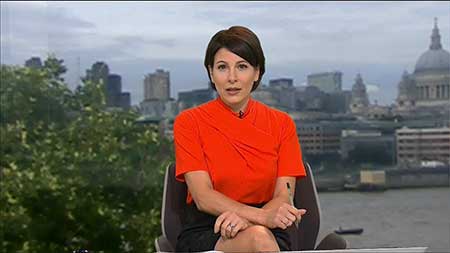 Still, the gorgeous diva managed to share few details about her married life. In October 2017, she was interviewed by a little leukemia survivor. She made the TV presenter blush by asking her if she was single.

Enjoy the interview session below:

Erin Cross was praised with the 2017 WellChild Award for her bravery as she's a brave cancer fighter.

"I’ve got a question from a friend,’ she said, with a grin on her face. ‘Are you single?"

"She’s been through so much for someone so young, and she’s done it all with a smile on her face and with an amazingly positive attitude. A lesson to us all."

She definitely didn't hesitate to mention that she is married. She said,

"And yes, I’m not easily embarrassed but this question did make me blush. I didn’t get to answer on air. Am I single? No, happily married."

We are now pretty much clear in the thing that she's living a blessed life with her husband right?

Gift from my husband https://t.co/9QIByZRDNy

Though Millarini has kept her family life under the radar, she doesn't miss to mention her husband on social media. Look at her Twitter post below:

Let's wish Millarini all the very best for her future life with her loving husband.

Millarini initially worked for a local radio station in Oxford. Later, she received an opportunity to work in ITN in London. ITN is the British based news and content provider made up of three divisions: ITN News, ITN Source, and ITN Productions.

She dedicated herself as the Arts & Entertainment Correspondent for ITV News London and also worked as a presenter of FYI Daily on ITV2 in December 2010. 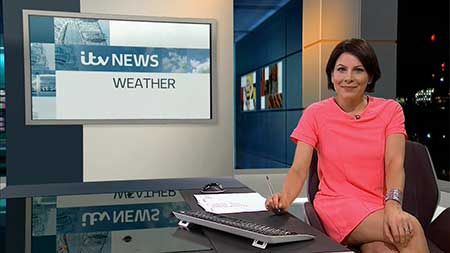 In January 2013, she worked as a newsreader on DayBreak for ITV London. 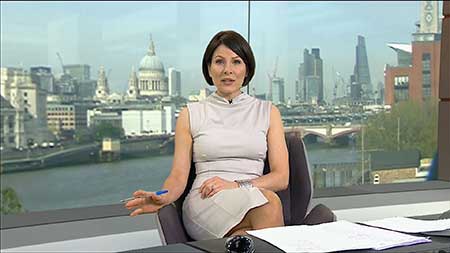