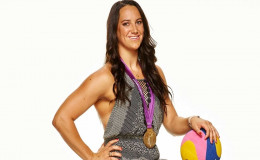 An American water polo player, Maggie Steffens is dating a mysterious guy whose information is not disclosed by her.

An American water polo player, Maggie Steffens has earned much of the name and fame from the very early age as she started her career when she was just a high schooler! Maggie, a gold medalist has made her and her country proud in front of the world.

Regarding her personal life, many of her fans are curious and want to know who she's dating or if she's married. However, she keeps her private life much confidential. But in the current days, she is dating as having a healthy relationship with a handsome guy.

So, if you want to know who the guy is then stay with us!

Maggie Steffens, Is she Dating or Married?

The national player, Maggie might be dating as per her posts on Instagram, Twitter, and other social media. She used to post several pictures with a mysterious guy in different places on vacations and outings. However, she has not revealed any information about her partner.

The couple looks happy together and spends a lot of time together despite the busy schedules. She might not feel comfortable in sharing information about her partner so is keeping her personal life confidential. The couple themselves has not yet confirmed their relationship but as per their status on the social media, it is sure that they are dating each other and having a healthy relationship.

Someone has to drive a manual car across Croatia... and it's not gonna be me ?? Epic trip with my island hoppin' bud! #isthisreallife #oldtownsarethenewtowns #happyhappy

Hope in future we will have some news about the mysterious person. And hope to see them together in the coming future as well.

Since from the high school, Maggie started her career in games and began playing water polo from her own high school and due to her hard work and dedication, she helped the team to win their league championships in several years.

Soon after starting her professional career, she started playing internationally as well. In 2010, she won 2010 FINA World League Super Final after playing on the United States water polo team. Moreover, she also helps the team to win the 2010 FINA World Cup too.

Team USA is feeling the heart beat of water polo here in Budapest! ????‍???????? Can't wait to play with these ladies in such an epic pool!! #1moredaytogo #FINABudapest2017 #WorldChampionships

"Be fearless in the pursuit of what sets your soul on fire." || #waterpolowednesday #teamUSA ????‍?????? Monkey facin' at its finest!

Moreover, she played various matches and won most of them. After joining the college, she again started playing for the college as well. She helped the Stanford women's water polo team to get a victory in the several years. Furthermore, her great sportsman spirit helped her to win various gold medals in many tournaments, Olympics as well. 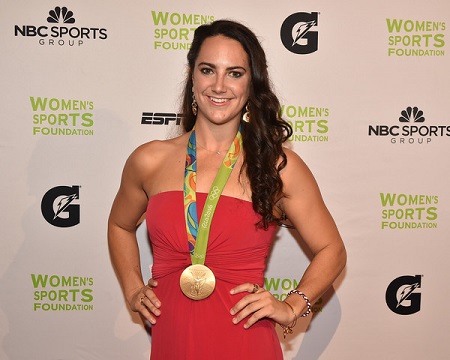