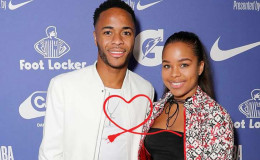 Manchester City Player is soon tying the knot with his girlfriend, Paige Milian. The couple recently became parents of son Thiago in 2017. Raheem also has a daughter Melody Rose Sterling with his previous relationship.

Manchester City forward Raheem Sterling is dubbed by football pundits as a 'Wonder Boy' for his charismatic football skills. From playing for Queens Park Ranger to representing England in the World Cup, Sterling had an incredible football journey.

The successful football heartthrob has been in the media limelight due to his football skills, relationship with girlfriend Paige Milian and rumored marriage. He has had his fair share of controversy as well. Wanna know the details of his love story, wedding bells, affairs, and controversy? Then, you have arrived at the right spot as we got you covered about it all here.

Raheem Sterling's Relationship With His Girlfriend: Couple Planning To Tie The Knot Soon

The prolific football player Raheem Sterling grabbed media attention worldwide with his amazing soccer skills and goal-scoring demeanor. He has also been one of the top goal scorers for Liverpool. He is the most expensive football players in his age group; after signing a deal worth £49 million ($65 million) with Manchester City. 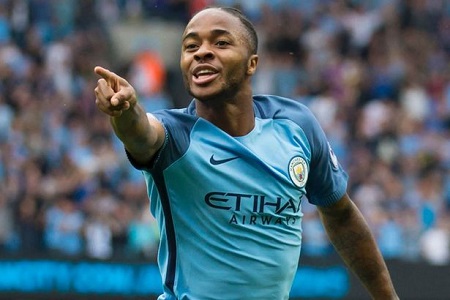 Sterling met his girlfriend model Paige Millian during his stint with Queens Park Ranger (QPR). He was a teenage footballer during their first meeting as grown-ups. It is said that they are acquainted with each other since their early childhood.

They fell for each other after meeting during his QPR days and started dating immediately. Sterling and Paige are living healthy and happy lifestyle in Manchester, England.

They are often seen in the public, where they do not hesitate to show their love and affection. The couple has been spotted many times during their lunch, dinner and movie dates. 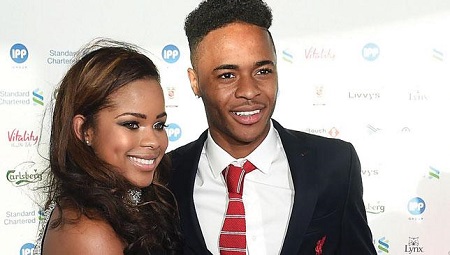 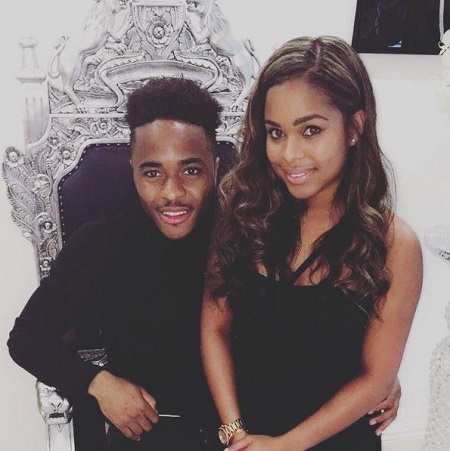 Raheem and Paige seem to have a perfect romantic relationship

Raheem and Paige have been supposedly in a relationship since teenage days, and have each other's backs during good and bad times. They haven't compromised on anything and do not interfere unnecessarily in each other's professional lives. 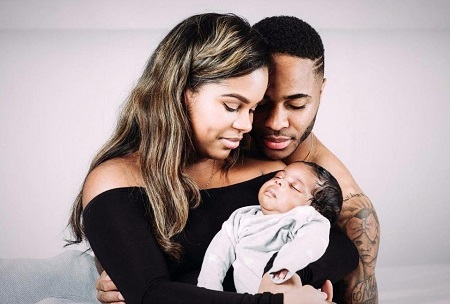 Raheem and Paige pose for a family portrait with their son Thiago
Source: The Sun

When Paige was bombarded with hate speech and derogatory remarks by football fans, when he was transferred to Manchester City in 2015; Raheem stood up for his girlfriend. Sterling was even abused and racially vilified by City fans in his Twitter and Instagram.  He silenced his critics, haters, and abusers with his excellent performances with Manchester City.

The couple shares a son Thiago Sterling, who was born in January 2017. In the picture shared by him, Sterling is topless for an unexplained reason, although it is believed that he did so to have his daughter Melody Rose in the family portrait as seen in his tattoo.

A source informed that Raheem was 'over the moon' with the birth of his first child with partner Paige and was with her during the entire birthing process and helped her during her painful labor.

The pair hasn't responded as to why they named their child as Thiago, but it is claimed that they liked how the name sounded. Raheem also shares a six years old daughter named Melody Rose Sterling from his previous relationship. He hasn't revealed the identity of Melody's mother.

In March 2018, it was revealed that Sterling had proposed to Paige for their wedding. Sterling proposed her for marriage with a huge diamond ring and she instantly agreed to his marriage proposal. The couple plans to wed next year in Jamaica; in a traditional Jamaican ceremony.

Currently, the couple is enjoying a happy life with their children in Chesire, Manchester. Reportedly, their Chesire home cost them around £3.5 million.

Raheem Sterling's Past Affairs and Relationship

Before he met and fell in love with Paige, Raheem was in a relationship with Shana Ann Rose Halliday. Not much detail has been known about their relationship and dating history. Halliday was crowned as the winner of England’s Top Model of the World pageant in 2013.

Raheem landed in controversy after he abused and violently assaulted Halliday, during their quarrel. It is believed that they had a row over text message. Apparently, they pushed each other violently and called various names. Following their heated argument and assault, Raheem was arrested by the police under section 30 and sent for judicial proceedings. 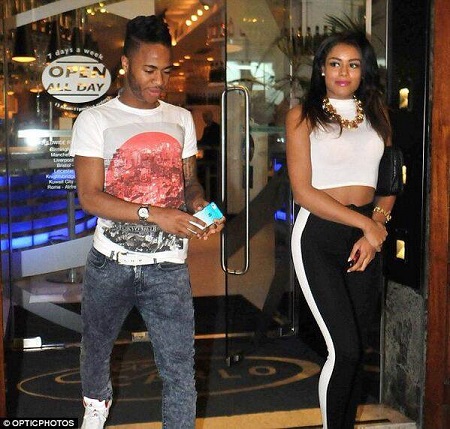 However, Raheem was cleared of charges after Halliday's parties weren't able to provide sufficient pieces of evidence to the Liverpool Magistrates Court. The court also dropped the case citing lack of enough evidence to punish Sterling.

Raheem Sterling was also rumored to have dated an unidentified teen girl for nine months. It is even speculated that he took her on a trip around the world.

In 2016, it was rumored he had a short affair with Playboy model Tabitha Brown. They were pictured leaving Manchester’s Lowry Hotel after a lunch date in March, weeks after he set up home with Paige.

He had also dated model Nicole Miller for some time period. They haven't shared much about their relationship. 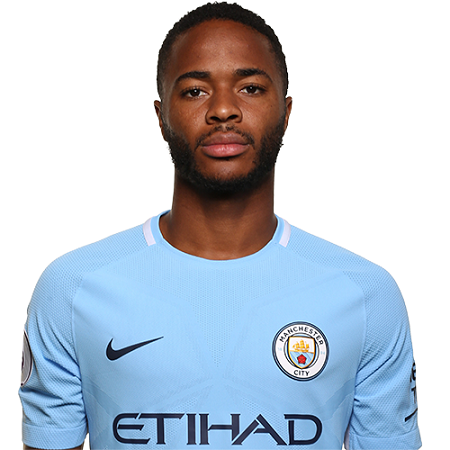