Home Article Many Men Came In Nia Peeples' Life As Her Spouse; Know About Her Relationship And Children

Many Men Came In Nia Peeples' Life As Her Spouse; Know About Her Relationship And Children 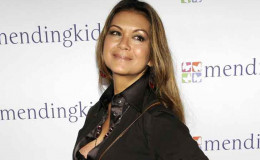 Age 56, the beautiful American actress Nia Peeples is single currently, she was married to Sam George for 8 years, split in 2015, was married to Lauro Chartrand for 7 years, was married to Howard Hewett for 4 years and married to Guy Ecker for 2 years, has two children, Nia's Life, marriage, affairs, rumors, relationships.

Famous for her portrayal in the TV series Pretty Little Liars, the gorgeous actress on the Hollywood industry, Nia Peeples is a versatile person with great talent to act and sing as well.

Married four times in her life, the actress parted her ways with surfer Sam George a few years ago. Has she been dating anyone recently or is she too busy with her career putting up her love life beside? Who has she been with till now?

Curious to know about her love life? In that case, you are in the right place. Check out the article below to find out more about your favorite actress.

What is Actress Nia Peeples Up To Now?

Nia Peeples, an American actress is currently spending quality time with her daughter Sienna Noelle from ex-spouse Lauro Chartrand. Her socials are showered with the pictures of her daughter, Sienna.

The red-haired hasn't yet found the love of her life nor romantically linked to any men till this date. In fact, Peeples believe that Love can not be learned, taught but only can be recognized.

On February 21, 2020, it seems like, Nia attended beautiful matrimony or some holy commitment ceremony of two souls in Bali, Indonesia. 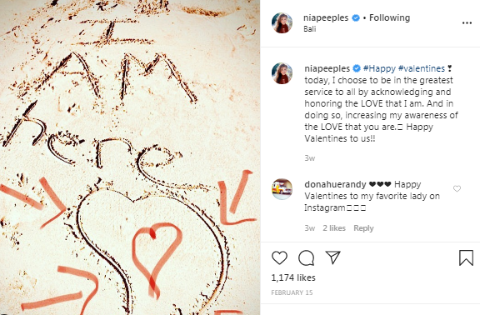 On February 15, she wished Happy Valentines Day to her well-wishers captioning, " Today, I chose to be in the greatest service to all by acknowledging and honoring the love that I am. In doing so, increasing my awareness of love that you are".

Walking into her recent works, she is looking forward to appearing in the upcoming 2020 movies Purgatory by Dante, Ulysses Coyote, and Miracle Underground.

Is Nia Peepls In a Relationship?

The 57-year-old American actress is not involved in any kind of lovey-dovey relationship since the separation from fourth husband Sam George.

Except for her romantic affairs with many men, Nia was very close to late. Gene Anthony Ray, an American choreographer. She took a dance photo of her alongside Gene Anthony captioning "He was indeed incredible, but will be seeing all rest of the cast in October for Chiller Convention in New Jersey.

Pretty Little Liars actress hasn't confirmed her present relationship status for now. In fact, she is spending quality time with her daughter, Sienna Noelle Peeples Chartrand. The North Shore actress's Instagram is filled with pictures of herself with her daughter.

Divorced From The Husband Of 8 Years; Is Nia Peeples' Dating Anyone??

Nia Peeples is living a joyful solo life after the divorce with her former husband Sam George, a professional surfer, director and screenwriter. 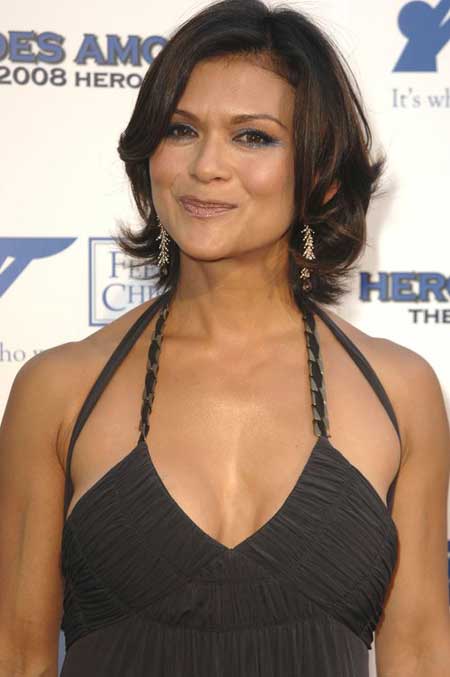 Nia Peeples is not dating anyone currently
Source: SpectrumNews

She often shares about how her daily life on her Instagram and with her children as well. While she was in Lebanon, she missed her children and posted a picture with them.

Missing my Soul Family from Lebanon already. You guys are super genius, hearts wide open, leaning into the unknown with courage, a sense of awe, a smile on your face and in deep gratitude. You are the cutting edge and I love you. Thank you for sharing your magnificence with me and with the world. I am forever changed. #drjoedispenza #radicalheartrt #liveol #truth #selflove #love #beyou #betrue #passion #followyourheart #travel #roadtrip #inspiration #motivational #inspire #wellness #life #beautiful #happy #instagood #instalove #instadaily #happiness #positive #inspired #believe #picoftheday @mysaintmyhero

Peeples has been up to working for her upcoming movies and series. She has been cast for her role in the upcoming movie, The Untold Story which is announced to be released in 2019 and she also portrayed the character of Susan in The Fosters.

However, the singer was not single back in days. You wouldn't believe that her last divorce was with her fourth husband. She has not stated anything about having a man in her life for now.

Going back in time, the beautiful actress was married four times in life. Her last marriage was with the surfer Sam George.

The pair tied the knot in August 2007. Their lives were going pretty well until the shocking news pulled off. Peeples' filed for a divorce with her husband of 8 years in August 2015 right about 20 days short from their 8th Anniversary citing irreconcilable differences as the reason for their divorce. 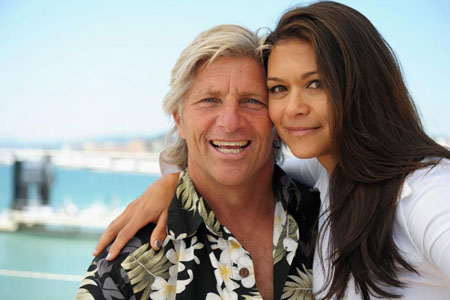 Nia and Sam ended their marriage of 8 years in 2015
Source: IBTimes

TMZ reported that the 56-years-old actress wanted to keep the $875,000 mobile house that she bought in Malibu, California with an ocean view. The lavish Las Vegas condo was worth $91,000 and her 2005 Honda Element.

Before Sam, she was married to George, and then to the famous actor and director Lauro Chartrand. The former couple tied the knot in 1997 and was blessed with a beautiful daughter named Sienna Peeples' Chartrand the following year of their marriage. 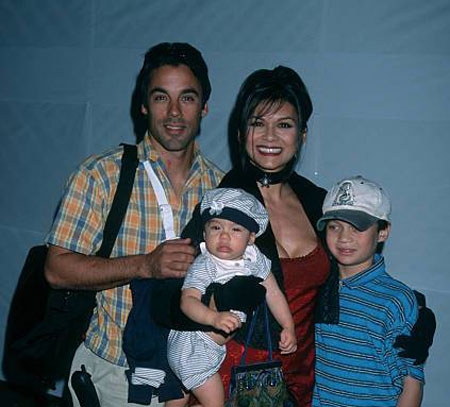 Nia with her former husband Lauro and their children
Source: GettyImages

Their marriage was going pretty well until they decided to part their ways and filed for divorce in 2004 after seven years of their beautiful married life.

Peeples' was married to the famous American singer and songwriter Howard Hewett. The former couple got married in 1989 and shared a son together named Christopher Peeples' Hewett who was born in the same year of their marriage. 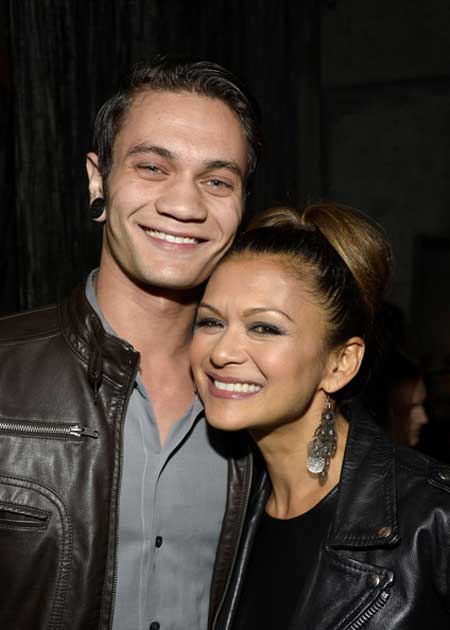 The couple were bounded for about 4 years and filed for a divorce in 1993. She was also married to Guy Ecker who is a Brazilian-American actor. 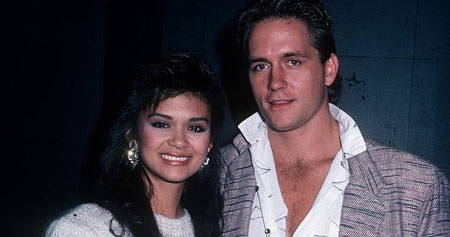 Nia and her first husband Guy Ecker in an event together
Source: Blogspot

They shared vows in 1984 but their marriage hit the rocks just after two years of togetherness and got divorced in 1986. 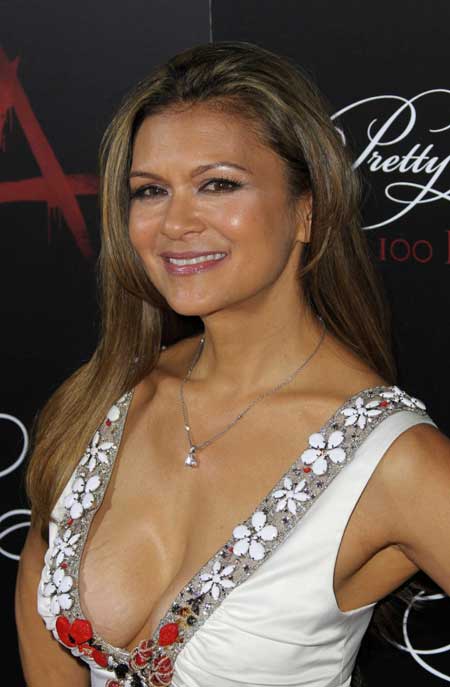