Home Article Married life of news anchor Robin Meade and her husband Tim Yeager. Do they have any child?

Married life of news anchor Robin Meade and her husband Tim Yeager. Do they have any child? 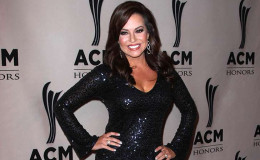 Robin Meade is a news anchor who hosts the show known as Morning Express wit Robin Meade. The show is aired on HLN channel. A former Miss Ohio, Meade started broadcasting while working for local stations within her state.

The hot and sensational news anchor, Robin Meade, of the show "Morning Express wit Robin Meade" is enjoying her married life with her long time husband Tim Yeager. The couple is happily married and they have not been coy at all about their personal and married life.

It is a matter of a great deal of dedication and understanding to make a marriage last this long which Robin and her husband have managed to carry out so well. So without wasting any time, let us find out all the secrets of this couple's happy family life.

Robin Meade, a successful news anchor on her show aired on HLN channel, who is also a former Miss Ohio is a married woman and her partner Tim Yeager.

Robin also won a regional Emmy Award for her outstanding work by covering the news  about a horrible bus accident.

On her blog, she also mentioned how the early lovers met and fell in love. She said that both of them first met at an Ice cream shop. How old-school is that?

Later, after several encounters, Tim finally asked Robin on a date after a TV auction where she was working as floor director and at that time she was in her grubbies!

She also revealed that their first date did not quite go well. However, on a second date they went to a dance which turned out to be one of the most amazing dates.

Eventually, after dating for a long time, they finally decided to exchange rings on 6th November 1993.

Happy Thanksgiving! Among the many many things im grateful for: YOU. Here's hoping you are spending time with loved ones! See you Monday.

The secret to their happy married life

Having a successful married life for more than two decades is a serious matter and requires a high level of dedication and understanding. This holds very true for the duo as their love seems to be never ending from the day they met.

Robin shares her magical secret on how they manage to get along for along time. She says,-

“Our schedules keep it fresh! We don't see each other during the week. So when we finally bump into each other on Friday nights, it's like, "Look at you! You're cute! How was your week? Great to see you! Let's go out together!" While it's not easy, it does keep us yearning for each other!”

Mr cool's first "fun trip" out of the house since knee replacement surgery was to the @castapleton chris Stapleton concert fri night. Great performance! This is mr cool's #HowManyWeeksLeft of PT? -look.

Despite 23 years of marriage, the couple has not any child together. It seems both are still focusing on their career and preparing for the huge responsibility of parent hood.

It can be expected that the couple will soon have a baby together.

Here's a video of Robin Meade's interview on CWC show on how she got her start in the entertainment industry.

In the entertainment business, where relationships have been taken for granted, where we regularly hear news of celebs getting divorced and other scandals, maintaining a strong sacred bond of marriage is an achievement on its own and this couple surely has set the best example of it.