Home Article Judy Woodruff is Married to Husband Al Hunt: Have Three Children: Happy Couple: No Divorce Rumors: Earns a Great Career, Know Her Net Worth And Source OF Income

Judy Woodruff is Married to Husband Al Hunt: Have Three Children: Happy Couple: No Divorce Rumors: Earns a Great Career, Know Her Net Worth And Source OF Income 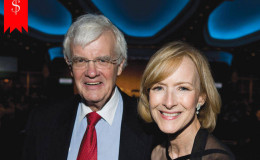 If some of you want to make a big in the politics and develop a career in it, she is the woman to watch and idolize!

Judy Woodruff is one of the most experienced and brilliant news anchor and journalist, who's covered all the major happenings around the globe for more than three decades and still continuing to do so.

Her commendable contributions for the media as well as working as founding co-chairperson of International Women's Media Foundation has made her more respectful, appreciated and influential woman around the globe.

Apart from being a powerful woman, she is also an extraordinary mother, a loving wife, and a caring daughter,

Today let's take a few moment to know this brilliant anchor and a beautiful human being personally as well as professionally.

The award-winning journalist and co-anchor of PBS News, Jody Woodruff has been happily married to American columnist for Bloomberg View, Albert or Al Hunt.

Details of their weddings have not been revealed as the two tied knots in a very private ceremony amidst close friends and families. 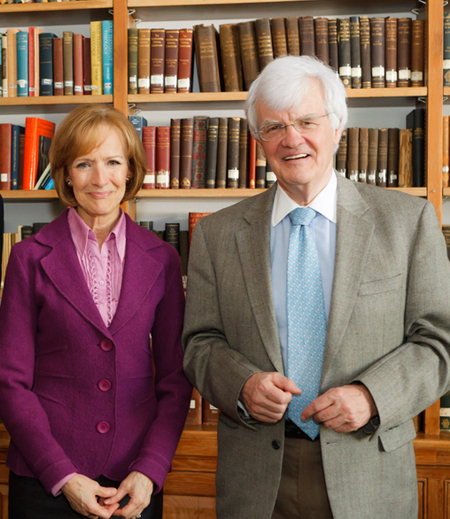 Judy Woodruff is Married to Husband Al Hunt, Source: Inside

Sources report that Al was a fellow journalist working for CNN and the Wall Street Journal. So we can now imagine how they met for the first time. 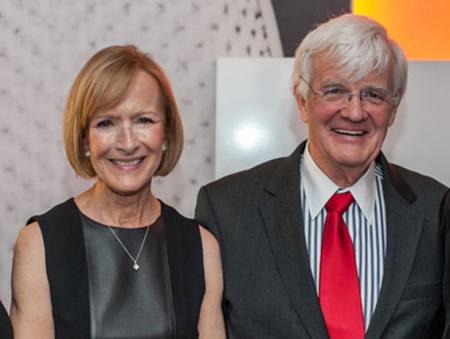 They are truly a powerhouse couple, both having similar passion in politics and reporting the news. Or we might as well say they're a match made in heaven. 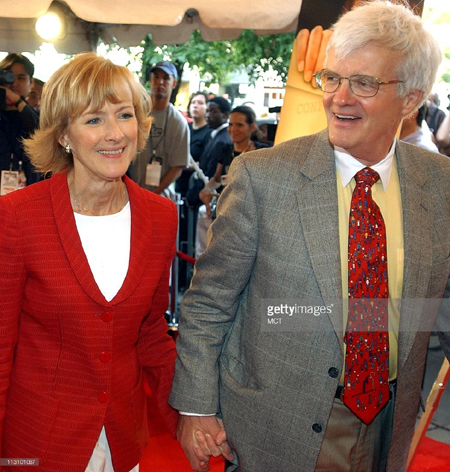 Not only that, they have been married for more than two decades and are still going strong without any divorce or affairs rumors.

Al and Jody blessed with three children: A son born with spina bifida

Al and Jody together have experienced everything together. They have to build themselves as a strong team ready to take anything, anytime. Together they have three beautiful kids.

Jody and Al with son Jeffrey (on wheelchair) 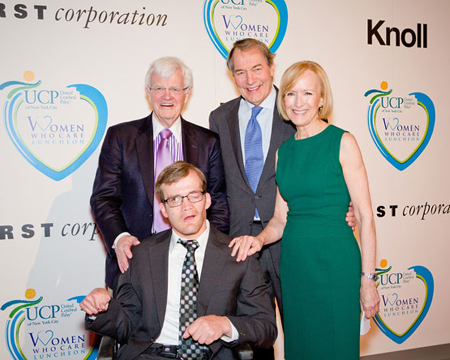 However, life has not been easy for this powerhouse couple. Their son, Jeffrey was born with a mild spina bifida that made the couple heartbroken and saddened.

Spina bifida is a birth defect where there is an incomplete closing of the backbone and membranes around the spinal cord. 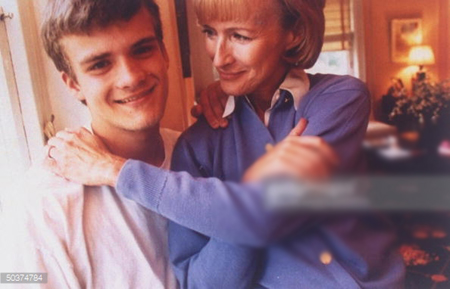 Despite this, they did not give up at all and dedicated much to make their son better and an independent man.

But when he was 16, this promising young man required surgery related to his condition that left him brain damaged and severely disabled. 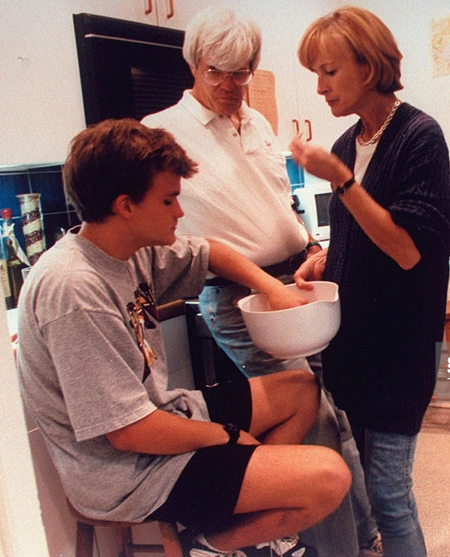 Judy and Al became tireless advocates for other families finding their way through the challenges of raising a child with spina bifida and its neurological side effects.

With his parent's constant encouragement, Jeffrey was able to graduate from college and live independently in a special community.

Also, Jody has been awarded to several awards and honors during her career.

Just ran into House Minority Leader, @NancyPelosi, with her grandchildren on the #DNC convention floor

It was a great treat to be in North Carolina this week and talk to members of the Raleigh City Club about where their "swing state" stands in this election year.

Rehearsing in the PBS NewsHour anchor booth for the @GOPconvention

Jody has worked for several television organizations such as CNN, NBC News, and PBS through her entire life.

She is also now a member of the Council on Foreign Relations and the co-host PBS News Hour alongside Gwen Ifill. 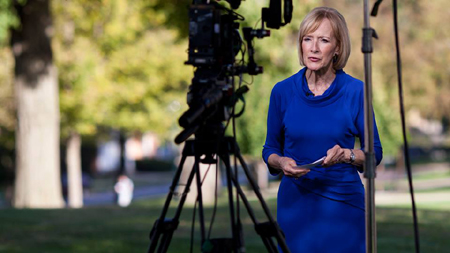 Not only that she's written several books among which "This is Judy Woodruff at the White House" has sold millions of copies worldwide.

After knowing all facts about her, we sure can say that Jody's net worth can be counted in millions.

According to sources, Judy Woodruff's net worth is estimated at around $3million dollars.