Home Article Austin Rivers, learn about his current personal Affairs including his recent controversy with Glen Davis and his Relationship with Girlfriend Brittany Hotard

Austin Rivers, learn about his current personal Affairs including his recent controversy with Glen Davis and his Relationship with Girlfriend Brittany Hotard 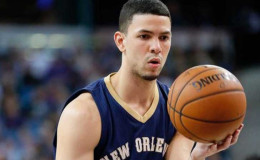 Brittany Hotard and Austin Rivers were in a relationship since they were in college and they are together ever since. They will soon take their relationship to the next level.

American professional basketball player Austin Rivers is making headlines these days most recently because of a dispute with his former teammate Glen Davis.

Well, we all know Austin has a big fan following and today in this section we have brought you all the personal information of the player including his recent controversy with Glen, his relationship with girlfriend Brittany Hotard and so on.

Austin Rivers got a hoarse reaction from Glen Davis via Instagram

The Clippers' Austin Rivers was present on Fox Sports' Undisputed on Wednesday. He made some offensive comments on his former teammate Glen. And in return, he got a fierce reply from Glen via Instagram right on the spot.

Here is the interview with Austin Rivers in Undisputed onFS1:

During the session, Skip Bayless asked his view on Glen and as a reply, he questioned Big Baby's dedication which was a rather very offensive one. 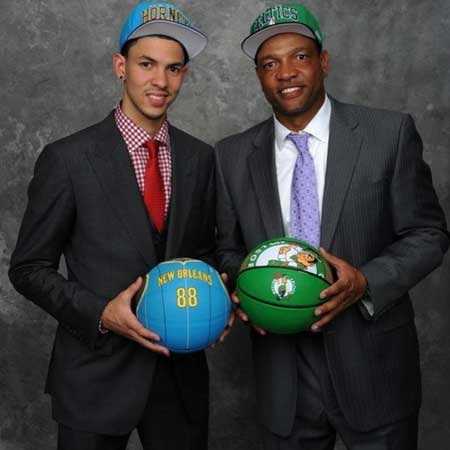 Austin and his father and coach Doc Rivers, Source: Pinterest

He addressed that he has no problem with Glen and he literally doesn't care what Baby thinks about him and his father Doc Rivers who has been the coach for the team for the past three seasons.

And here is Glen's reply on the very scene:

Davis, who is recently on a vacation in Hawaii got the news about his criticism, he replied his best on Instagram.

Glen "Big Baby" Davis responds to Austin Rivers's claim that he didn't remember plays and was constantly out of shape in IG rant pic.twitter.com/EEtuzAQB3x

It seems that the two parties need a face-to-face conversation to settle their ever-growing differences.

Austin and his gorgeous girlfriend Brittany are dating since their college times. Though Austin studied at Duke University and Brittany at Valencia Community College, they maintained their relationship the best. 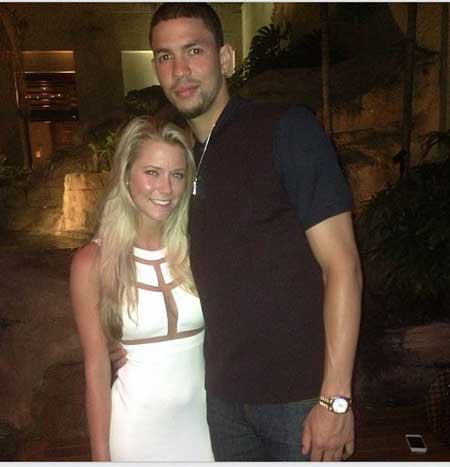 She was on the cheerleading squad at George C. Wallace Community College. She was a senior and Austin was a sophomore at that time.

It is often said that Brittany chose Wallace just to stay close to Austin. As per the sources, the couple is maintaining their relationship to the strongest as ever.

vacation with the love! Back to the states and back to the grind! M.o.a.M

We can just speculate that they will soon drive their relationship to the next level in days to come. 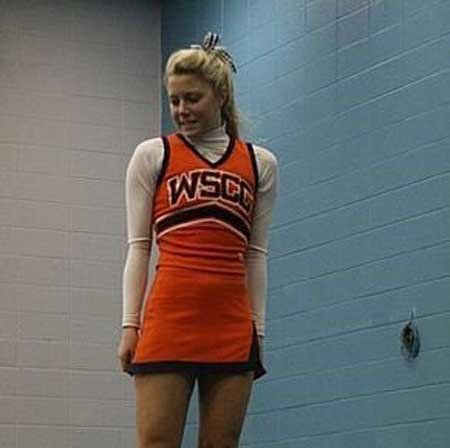 Well, all in all, Brittany and Austin are very happy and satisfied in their relationship. We are heading forward to see the heavenly couple commence their married life soon in near future.