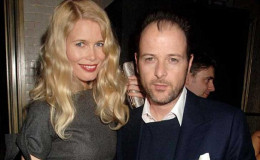 Meet Claudia Schiffer gorgeous Wife of American Director Matthew Vaughn. The couple married in the year 2002 and have a successful married life with three children.

If you people have watched hit movies Stardust and Kick-Ass, then, Matthew Vaughn is definitely not a new face for you. He is one of the best known English film producer, director, and screenwriter.

Matthew married the former supermodel Claudia Schiffer in the year 2002 and the couple is living happily ever after with three adorable kids.

The couple is always seen together in many special events that have certainly dragged the attention of media and fans to get some information on their personal life.

German model Claudia Schiffer married Matthew on 25 May 2002 in a grand ceremony in Suffolk. Sources reported that the couple paid more than £5 million for the Suffolk mansion.

The couple shares a romantic love story from the beginning. In an interview with Mirror.co.uk Matthew shared how he was having a dilemma  to ask the supermodel to be his life partner. 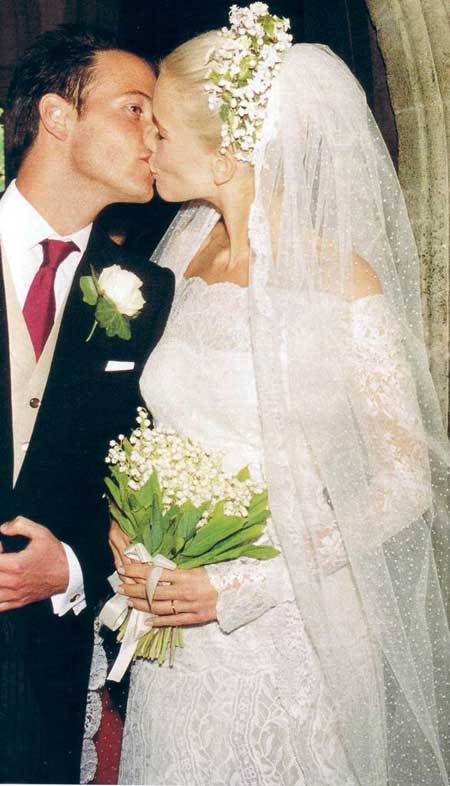 Claudia and Matthew on the day of their wedding, Source: Pinterest

He wanted to try something new other than just getting down on a knee. Matthew stated,

"The idea of doing that was the terrifying thing in the world. So I commissioned one of my favorite artists, a guy called Ed Ruscha, to do a painting saying, 'Marry me'. I gave it to Claudia and, luckily, I got a painting back saying, ‘Yes’." 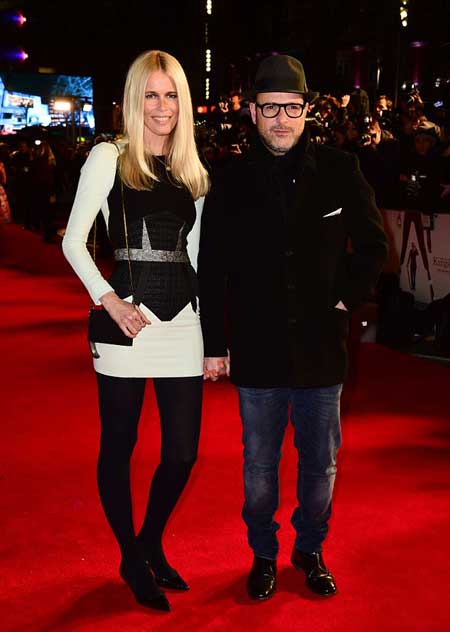 The couple on the red carpet for the premiere of Kingsman: The Secret Service in London, Source: Dailymail

"That was actually quite successful because there was no pressure. I thought, ‘My God, she’s gorgeous’. I don’t know what she thought, but it must have been pretty positive and we really got on. I met Claudia thinking we could be friends and then it blossomed into something else. She is such a sweet girl – she has everything. There is nothing I don’t like about her."

Well, that was the beginning of their awesome love story that took a never ending scene and now they stand together as a husband and wife.

Claudia and husband Matthew recently revealed the secret of keeping their romance alive which was their enjoyed a day out musical nights repeatedly and enjoys each other's company even today.

Here is a short interview of Claudia Schiffer on The Jonathan Ross Show published on March 2014:

They are encountered several times by the media on the streets of London spending quality moments. It's been 14 long years and the pair seems very happy and content with their married life with no sign of divorce or extra-affairs.

Claudia gave birth to an adorable baby boy Caspar soon after a year of their marriage on 30 January 2003. A year later she welcomed her daughter Clementine Poppy on 11 November 2004. 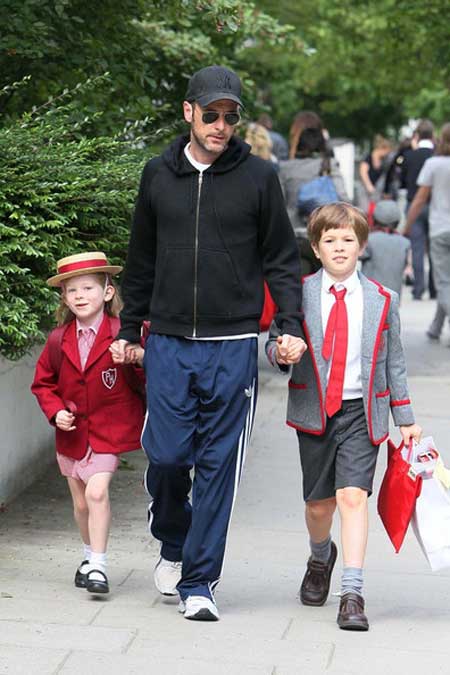 Matthew thanked his wife for giving him such a loving daughter who is equally beautiful as her mother. 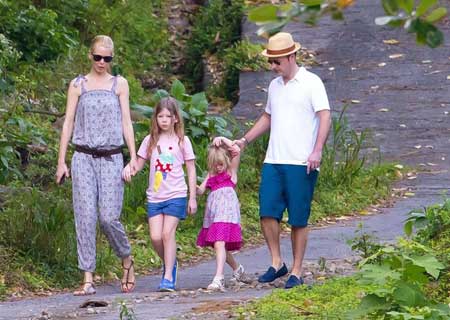 Matthew with his daughters, Source: Zimbio

Following the series with Cosima Violet on 14 May 2010, Claudia addressed,

'Before I met Matthew, I worked non-stop. But once we got together, suddenly a whole new world seemed to open up. And when I had my first child, my priorities became completely different. Motherhood made me feel, "this is what I’m all about." You stop worrying.'

'Matthew and I are a team, we make all our decisions together, whether it’s about the children or the house. We’re not divided in any sense.'

Matthew is also a devoted dad to all three of them. He admitted that he loves to be a responsible father though it is a tiring task. He spends more time with kids and wife and goes of many family vacations together.

All the above words prove that the couple is one of the best life partners and also wonderful parents. 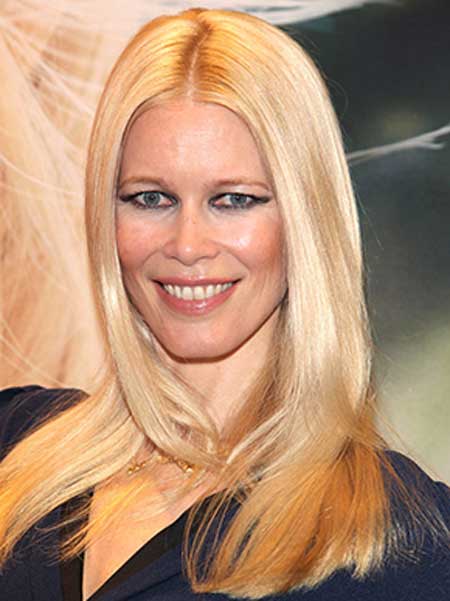 Well, we would like to wish the couple for a prosperous life in days to come.