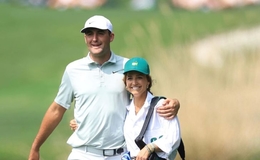 Scottie Scheffler and his high school sweetheart Meredith Scudder shared the vows in 2020 in a hometown ceremony. The news broke his fan's hearts. The couple's PDA on the field moves people, and their romantic lovestory is beautiful.

Scottie Scheffler and Meredith Scudder Got Married in 2020

Scottie Scheffler and Meredith Scudder were reportedly known each other for six years before becoming husband and wife. The two met when they were just teens while attending Highland Park Highschool. Truly, it was meant to be for Scottie and her partner. 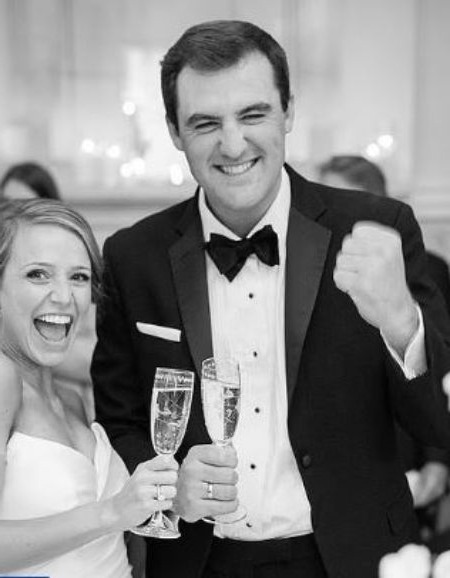 Scottie Scheffler and his wife Meredith Scudder got hitched in 2020. SOURCE: Instagram(@scottie.Scheffler)

In addition, the 25-year-old and his future spouse graduated in 2018. Their lovestory is one of a kind that will melt your heart. Scottie popped the question and put the ring on after becoming close friends for two years.

At the time, Meredith wrote on her social media page," Yes, I cant believe God gave me my best friend to spend the rest of my life with. I can't wait to be your wife." Scottie and his lady love had no idea they would be spending the rest of their life. 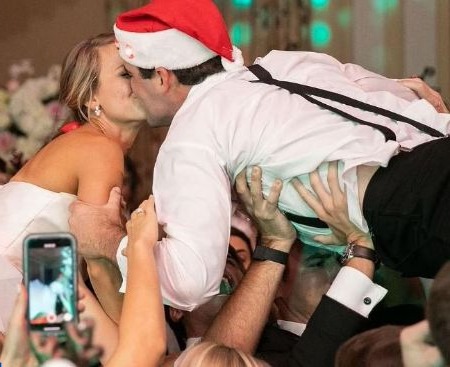 Scottie Scheffler and his high school sweetheart Meredith Scudder were together for six years. SOURCE: Instagram(@scottie.scheffler)

Further, Scottie Scheffler got hitched to a high school sweetheart in his early twenties in December 2020 at Arlington Hall in Dallas, which is his hometown. Not to mention, Scottie took to his Instagram to mark their first wedding anniversary. " Very grateful for one year of marriage to my best friend! God is good," Scottie captioned the post at the time.

The golf star looked handsome and stunning at their fairytale wedding in a tuxedo, and the bride donned a white bridal gown. The two prefer to keep their private life matter as low-key as possible online and didn't reveal their wedding picture until 2021. 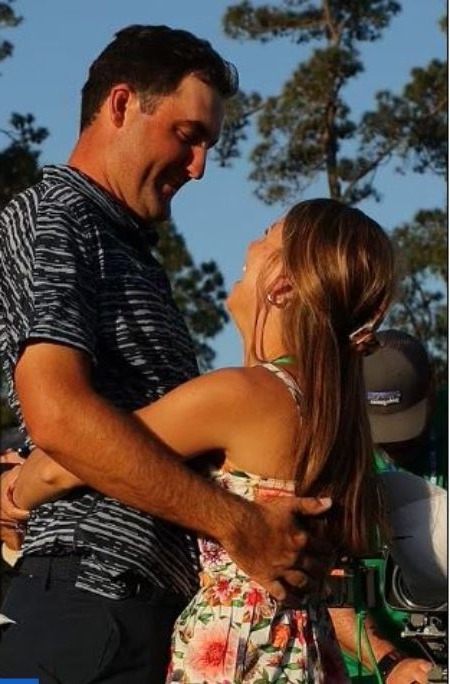 After winning the prestigious event, Meredith rushed to give her partner a big smooch. SOURCE: DailyMail

Speaking of which, Scottie rarely shares any picture with his wife on social media platforms. Meredith is spotted cheering at his matches, supporting him with Scudder by his side, including the World Golf Championship Dell Technology Match Play celebration in March 2022.

Scottie and Mrs. Scudder share moments every step of the way but are yet to start a family of their own. It seems like the celebrated couple's career keeps them busy or doesnt want to rush to have children.

Scottie Scheffler - Celebrated With His Wife After 2022 Masters Champion

Scottie, 25, sealed his win as 2022 Masters champion at the golf event on April 10 at Augusta National. And his wife was right by his side, encouraging him. After emerging victorious in the event, his wife came to the ground to give him a big smooch that stole the heart of many people on the final day of the competition.

Watch the video of Scottie Scheffler's wife Meredith getting emotional during Masters's victory.

The crowd cheered on the duo as they locked lips for a long kiss. Meredith looked damper in a floral sundress while Scottie wore a black and white striped shirt and black trousers. The New Jersey native recalled crying like a baby after being crowned champion.

Furthermore, Meredith wipes away her tears before rushing to congratulate her partner on victory. Previously, when Scottie won the Arnold Palmer Invitational in March 2022, she jumped into his arms and swept it around him to celebrate.

Before the athlete sank his final putt, Meredith was seen in the audience watching on. 2022 Masters Champion discussed that his wife told him she would still love him and would still be the same if he doesnt win. And still, the two doesnt lag behind in flaunting her chemistry on Instagram.