Donna Cruz and Yong Larrazabal are one of the most committing couples in the Philippines. The adorable couple got engaged in February 1998. The tied the knot in September 1998. They are blessed with three kids: Isabella Adriana, Potenciano IV and I�igo Renato.

Popular Filipina recording artist and entertainer Donna Cruz again ruled the music industry when she released her eighth studio album titled Now and Forever in 2016 after nearly 15 years and as of 2017, we saw her as a guest appearance in a GMA Network's comedy musical variety show Full House Tonight.

Apart from a successful career, she is also blessed with a successful married life. She has a beautiful family; husband of 19 years, Yong Larrazabal and her three children. Know more about her personal life here!!!

Together for nearly two decades, Donna Cruz and Yong Larrazabal are one of the most loved couples in the Philippines. The adorable pair got engaged in February 1998 after dating for few years.

The couple got married at the Basilica de San Sebastian Church in Manila on September 19, 1998. 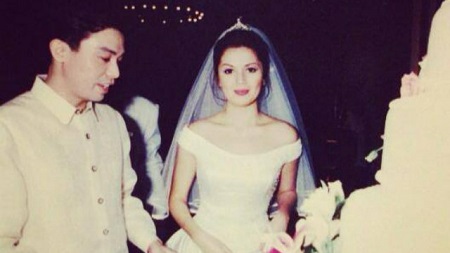 Donna Cruz and Yong Larrazabal on their wedding day on September 19, 1998
Source: Rappler

The duo welcomed their first child, Isabella Adriana aka "Belle" in 1999 a month after her album Hulog Ng Langit was released. The pair then welcomed their second child, Potenciano IV aka "Cian" in 2003 and third child, Iñigo Renato aka "Gio" in 2007.

The Beautiful Relationship Of Donna Cruz And Yong Larrazabal

The couple is still madly in love with each other, and once in an interview, the 40-year-old record artist shared she still romantically celebrates her wedding anniversary.

“Yes, of course! Simple lang. We just have dinner by candlelight, usually at Shangri-La (Mactan). With Yong and me, every day is Valentine’s Day.”

The mother of three also explained she shared a great bonding with her children:

"I'm more than just like our children. It's Yong who is more of a disciplinarian. I'm a type of ease. "

Cruz' Instagram also speaks a lot about her personal life where she usually features cute snaps of her beautiful family.

Moreover, she has also written "The love of a family is life's greatest blessing" on her Instagram bio. She surely has a beautiful family. 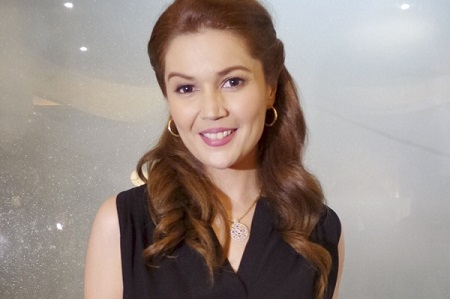