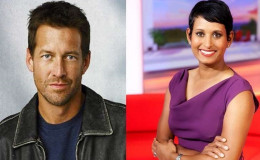 The BBC presenter, Naga Munchetty is married to longterm, partner, James Hagger and is having a great life but has no children yet.

The popular journalist and newsreader working for BBC, Naga Munchetty is living a blissful married life with husband James Hagger who is a Multi-Camera Director, since 2010.

There are even rumors that the lovely couple is all set to welcome a little person in their family. Could this be true?

Let's discuss the adorable couple including their family life and career in today's section!!!!!!!

One of the talented yet, sexiest journalist, Naga Munchetty has never been this happy before. A burgeoning career, a loving partner and a stable marriage, she has everything, a woman dreams of having throughout her life.

Naga married the Multi-camera Director and a Broadcaster Consultant, James in a private ceremony in 2010 and there are no rumors of the divorce or extra affairs. 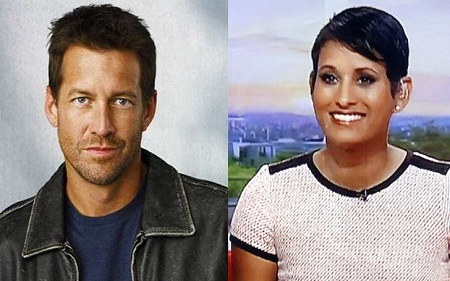 Even though Munchetty has been hitched for more than a decade, she hasn't yet planned to bear children. Instead, Naga considers herself a mother of two Siamese cats - Kinky and Ronnie.

BBC news anchor and her partner's relationship is going very well. And, they are living a blissful married life and resides in their spacious modern design home in Hertfordshire, Southern England. Their house is worth $2 million.

Except for James, Munchetty was romantically linked to a famous Norwegian footballer, Johnny Hansen. They parted ways due to some personal issues after dating for several months.

Naga began her career as a journalist after joining Evening Standards (a local daily newspaper), the City Pages of London. After that, she also worked on The Observer, a British newspaper that is published on Sunday only.

After a successful career in the newspaper, she got the chance to work in media and news channels. She debuted on TV as a reporter for the Reuters Financial Television. She gained more success in television as well.

Year after year she became more prominent and skilled, ended up becoming a senior producer for CNBC Europe. Then she became a reporter and a producer for Channel news and presenter for Bloomberg Television.

Later on, she also presented the morning bulletins on the BBC News Channel and BBC World News. Besides these, she also participated in the celebrities dancing show, Strictly Come Dancing in 2016.

Back in December, she celebrated Christmas with her loving husband, James and both looked really adorable together. 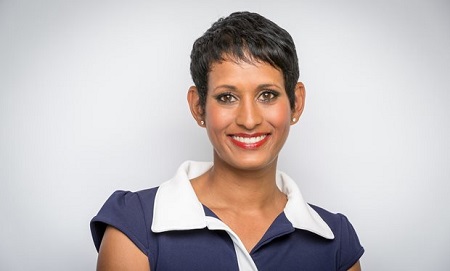