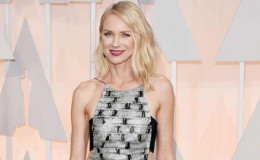 Every single fan of Naomi Watts and Liev Schreiber was totally upset when the couple broke up in September 2016; 11 years living together. The couple who shares two kids together separated in good terms co-parenting their kids.

Every single fan of Naomi Watts and Liev Schreiber was totally upset when the couple broke up in September 2016 after 11 years. The couple who shares two kids together separated in good terms and are co-parenting their kids.

After the unexpected break, has Naomi Watts moved on with a new love life? Let's get details!!!

Naomi Watts' Current Life With Her Kids; Any Dating Rumors

After breaking the 11 years long relationship with former partner Liev Schreiber, Naomi Watts is still, living a happy life with her kids.

Despite her busy acting schedule, she manages her time to spend a wonderful moment with her boys Alexander and Samuel. 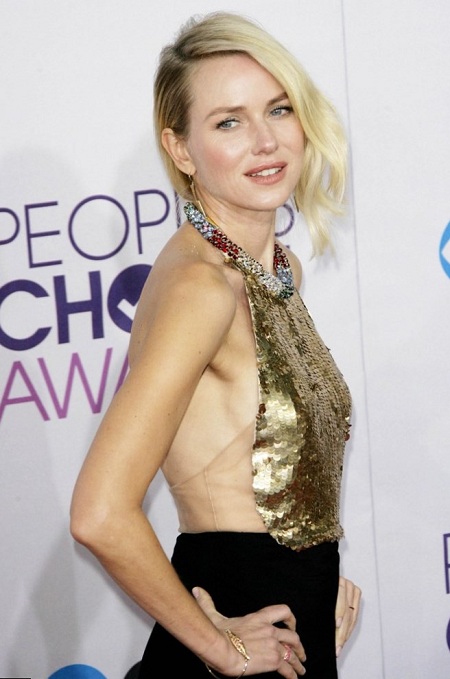 The amazing bonding of the mother and her kids is pretty clear from her Instagram posts.

Besides her life with her boys, Watts' fans are desperate to know whether she's fallen for someone or still single.

She sparked dating rumors with her Gypsy co-star Billy Crudup back in July 2017. The two stars portrayed the role of husband and wife in the Netflix series and multiple sources claim that they are a real-life couple.

Well, the dating rumors started when they were spotted walking hand-in-hand in New York City as they made their way inside a cafe in Tribeca. 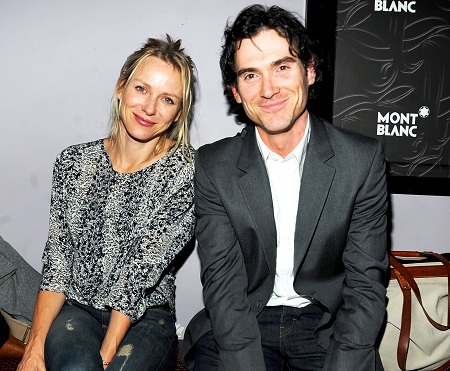 An eyewitness stated that they "looked happy and were laughing a lot, then left again holding hands".

During a recent interview with Vogue Australia, she said,

Well, the mother of two has no recent thought to start a new relationship. Will she date someone special in future? It's time to have patience and watch what goes on!

Naomi Watt, 49 began dating Scream actor Liev Schreiber in 2005. Though the couple never married, the relationship was one of the popular ones. 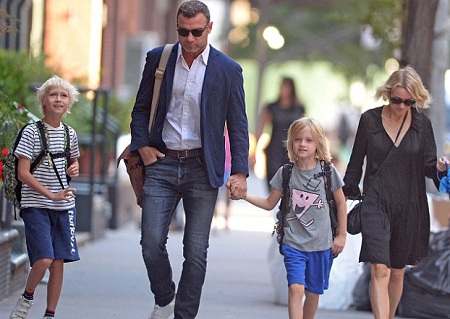 Watts and Schreiber taking a stroll with their kids
Source: Daily Mail

Though everything went on perfect between the two, they began facing some differences. They finally decided to split up in September 2016.

The two mentioned in a joint statement:

'Over the past few months, we've come to the conclusion that the best way forward for us as a family is to separate as a couple.'

'It is with great love, respect, and friendship in our hearts that we look forward to raising our children together and exploring this new phase of our relationship.'

'While we appreciate your curiosity and support, we ask the press to be mindful of our children and respect their right to privacy.'

They made the shocking revelation about their break up just days after making an affectionate appearance at the Toronto International Film Festival.

They went hand-in-hand at the premiere of The Bleeder; they co-starred in.

Despite their unfortunate split, they still maintain a good relationship for the sake of their children.

During an interview with TODAY with Willie Geist, Schreiber said,

"It’s always hard, you know? You build a life with someone and things change. And I think the way that we’ve looked at it is that we’ll always be partners with these kids."

"It’s important to support each other. I was making some jokes at breakfast about Mommy with the boys and their eyes light up when I talk about her. You can see how important it is to them that their parents care about each other."

The former couple has continued spending time together co-parenting their kids and that's pretty good part of their relationship. 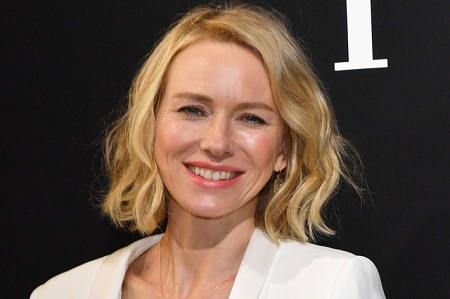