Bachelor's Erica Rose and Husband Charles Sanders Expecting First Child; She is already a parent to one Daughter named Holland whom she shares with the previous Boyfriend, Galen Gentry; Also, see..

One for the family.

Erica Rose and her husband Charles Sanders are expecting their first child together. The Bachelor couple announced the big news on their Instagram account.

The couple is already a parent to one daughter from her previous relationship. 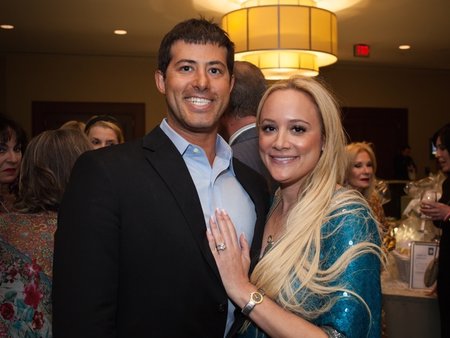 As soon as her fans find out about the great news well wishes came pouring in.

So excited to announce that we will soon be a family of four! Baby Sanders coming this August . #bigsis #twoundertwo #familyoffour

She added a beautiful caption to go with the photo. She added,

“So excited to announce that we will soon be a family of four! Baby Sanders coming this August. #bigsis #twoundertwo #familyoffour"

The former ABC personality and Charles exchanged vows in December. The couple first met each other in the high school but it wasn't until years later when they first started going out.

The television personality was pregnant with her first child, Holland when she met the Texas-based investor. She was previously dating Galen Gentry.

The Bachelor Pad star and Galen decided to go their own ways soon after welcoming their first child.

She and Charles exchanged vows in the 90s themed wedding in December, two months after their engagement. Talking about her marriage, she exclusively stated to US Weekly,

“Charles and I are both obsessed with the ‘90s so we want our theme to be ‘90s for the party. I’m going to wear a tiara for the wedding and Charles wants to wear a crown!”

This will be the first child for the couple. We once again congratulate the upcoming parents and hope to see them become a great parent.