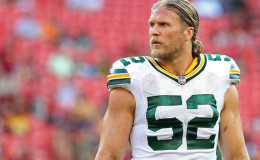 Clay Matthews and Casey Noble definitely belong to this category who somehow feel like made for each other, and the universe provided a helping hand ensuring they ended up in each other's arms.

It's often easy to claim something terrible as a blessing in disguise in hindsight, and as for this duo, it certainly feels this way.

The NFL star lives a blissful married life with wife Casey Noble and their two kids.  They have been in a conjugal relationship for about four years now. What is Clay Matthew's up to now?

Clay Matthews is married to his beautiful wife Casey Noble. The couple tied the knot on July 2015. 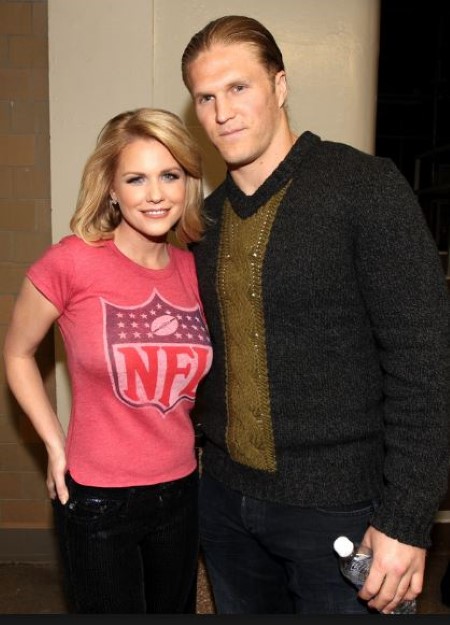 It is unclear when and how Noble and Matthews began dating. However, Matthews was spotted hugging Noble in an NHL game on March 2013. Two months later on May 2013, they were seen arriving together at a charity event. The pair appears to have dated for two years before embracing each other as life partners.

The couple shares two children together, a son named Clay Matthews IV (born in February 2015) and a daughter named Madeline Joy Matthews (born in November 2016). Clay was born before the pair tied the knot.

The couple has kept their relationship mostly under wraps. They are not much expressive about their personal life on social media either. In fact, the couple did not even announce the birth of their daughters. The entire Matthews family currently resides in Green Bay.

Interestingly, Casey is eight years older than Clay. She is quite mature compared to her husband, which could be a key factor to their successful relationship. 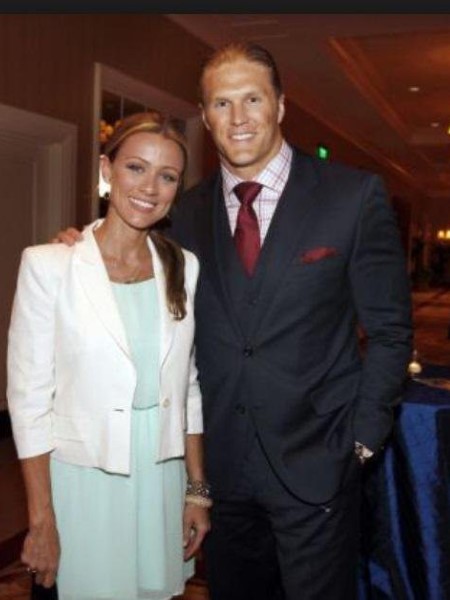 Matthews' spouse Casey is the host of HGTV's decorating TV show 'Design or Dime'. She is one of the leading designers of the show. Noble studied interior design at the Fashion Institute for Design & Merchandising.

Casey established her own design firm in 2009 with her two colleagues. Some of the firm's most illustrious clientele so far includes Borgata, Rebury and SLS Miami.

Previously, Noble was married to her former husband, Peter Sarantos. The ceremony took place at Sale Lake City, Utah. Peter is a Yale University graduate and firefighter by profession from Grand Rapids Fire Department. However, the couple divorced after merely two years of living together as husband and wife.

Perhaps it was a blessing in disguise the fact that Casey's first marriage fell apart as she ended up bumping into an amazing person that is her current life partner. The pair appears genuine soulmates as they look to be fully compatible with each other.

Clay Matthews' Past Affairs And Relationships

Clay Matthews was reportedly dating a second-grade teacher at Stevenson Elementary School as well as fashion blogger named Kristi Stalter back in 2013. 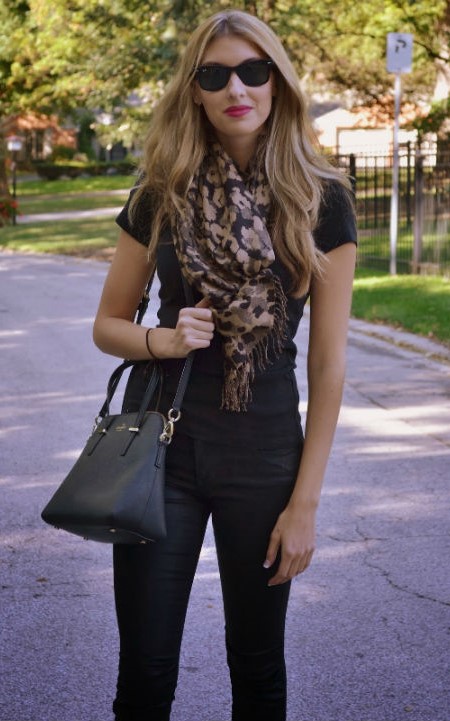 In October 2013, Stalter was in Green Bay for the Lions game with her father. This was when she was spotted with Clay. According to Terez Owens:

"Our sources tell us Clay Matthews was seen with fashion blogger Kristi Stalter this weekend holding hands and cuddling in Green Bay. The two looked as if they were pretty serious says our tipster."

It is unsure when the couple split but some reports suggest they were only together briefly as they broke up in 2013, the same year they had gotten together.

Meanwhile, Kristi claimed to be a lover of pancakes, cats, and warm weather. She grew up in Bloomington, Indiana. The primary school teacher holds a major in elementary education and special education.

Stalter does not consider herself as a writer or a fashion expert. Therefore, her blogs were not really about fashion advice. They were rather about things that Kristi finds inspiring and that made her appreciate her own sense of style.

Clay Matthews is an American footballer who currently plays for the Greenbay Packers in the NFL. After completing high school, Matthews played for the USC Trojans football team managed by head coach Pete Carroll. 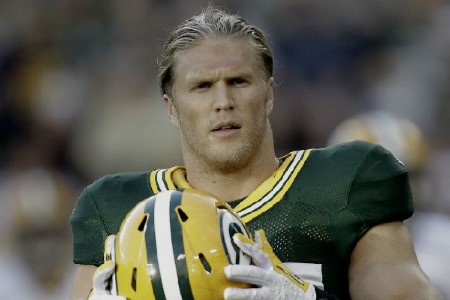 After standout performances at USC, he was considered a top prospect for the 2009 NFL draft. He was subsequently picked in the first round of the draft (26th overall) by Green Bay Packers.

Clay continued his role as a leading pass rusher as he recorded at least 6 stacks every season. The NFL star later displayed his athleticism and versatility playing both inside and outside linebacker during the 2014 and 2015 seasons.

On 28th September 2017, Matthews became the Packers' all-time sacks leader during the Week 4 game against the Chicago Bears. 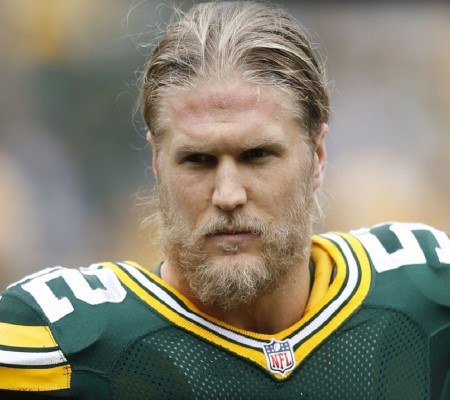