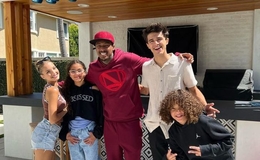 Nick Cannon's girlfriends and wives throughout the years: The television host is set to welcome his 12th kid: Complete story here!

Known for hosting the wildly popular Fox show The Masked Singer, Nick Cannon has a nationally syndicated radio show and presents a host of variety shows, including Wild' n Out and America's Got Talent. Also an actor, rapper, and comedian, Cannon's multi-faceted career span over two decades in the industry. Some of his best-known acting credits are Drumline; Love Don't Cost a Thing, Roll Bounce, and Goal II: Living the Dream.

Nicholas Scott Cannon was born on October 8, 1980, in San Diego, California. Cannon's journey to becoming a celebrity started with him joining the rap group Da G4 Dope Bomb Squad. He landed his breakthrough work in Nickelodeon's All That in 1998. Cannon catapulted to become one of the most talked about stars after he married pop sensation Mariah Carey in 2008. The rapper-turned-host has been in the news for baffling personal choices for the last few years.

Cannon has been linked to so many women in the last few years that we might be losing count. Nick has fathered eleven children with five different women and has at least one on the way- with a new woman, probably. The Wild' n Out host has been open about his Polyamorous lifestyle and is now known as the undisputed advocate of the unconventional lifestyle. But Cannon wasn't always anti-monogamy. There was a time when Nick adhered to the conventional ways and had a normal dating pace. 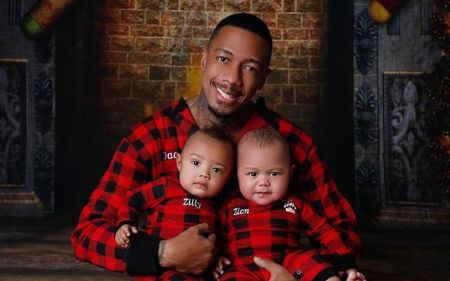 The Roll Bounce actor's earliest-known girlfriend is Christina Milian, whom he dated for two years after connecting with her on the set of Love Don't Cost a Thing. He even briefly dated the now-beauty-mogul Kim Kardashian in 2006. The Masked Singer host had a short-lived engagement with his third celeb girlfriend in the line Selita Banks in 2007. Then came his most famous relationship with Carey. The couple's whirlwind romance ensued, with them tying the knot after three weeks of dating at Carey's private estate in the Bahamas in April 2008. 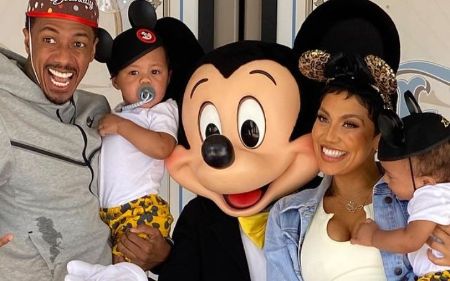 Cannon is dating multiple women as the actor is a passionate proponent of polygamy. SOURCE: Instagram

During their six years as a married couple, Cannon and Carey welcomed fraternal twins Moroccan and Monroe in 2011 and announced their separation in 2014. The long-estranged duo continues to keep an amicable bond as co-parents. Something in Cannon switched following his monogamous relationship with Carey. The rapper admitted to practicing consensual non-monogamy. The television host's divorce was yet to be finalized when he kick-started another romantic affair with Brittany Bell, who he dated on and off till 2020. 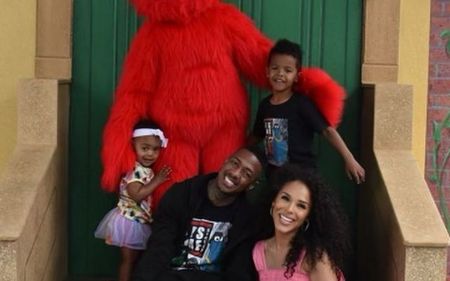 Nick shares two kids, a son named Golden and a daughter named Powerful Queen, with his ex-girlfriend Bell. Cannon was also seeing model Jessica White while dating Bell. Model Lanisha Cole popped up in Nick's polyamorous circle in 2017. Cole opened up about being done with being named as one of Nick's clique of girlfriends in 2021. The television host shares a daughter named Onyx Ice Cole Cannon with Lanisha. Cannon's bouquet of lovers also includes Abby De La Rosa, with whom he shares twins Zion Mixolydian and Zillion Heir. 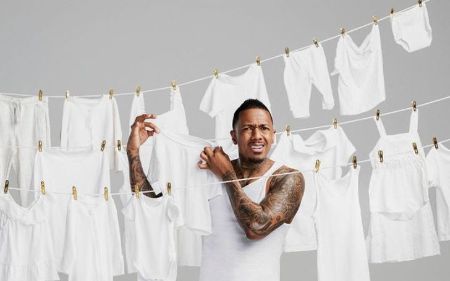 Nick is set to welcome his 12th kid. SOURCE: Instagram

Abby welcomed Nick's 11th child, Beautiful Zeppelin Cannon, in November 2022. If there's anything more ridiculous than Nick's choice of names for his babies is the fact that the actor is set to welcome his 12th kid with model Alyssa Scott. The duo received a son named Zen in June 2021 and were heartbroken when the infant passed away at five months from a brain tumor. The television host is also dating model Bre Tiesi, with whom he shares his son Legendary Love.

Not only is Nick Cannon openly and passionately pursuing a polyamorous lifestyle, but The Masked Singer star has also sworn off monogamy. The father of eleven has, time and again, talked about everything that's wrong with one woman for a life norm. "I've practiced monogamy, I've been a cheater, I've been toxic," Cannon said while shedding light on his widely frowned upon practice. The rapper stated, "I don't think monogamy is healthy. I feel like that gets into the space of selfishness and ownership."

While most have been calling out the television host for spawning a massive brood, especially in an economy that's fast unraveling, Nick is busy welcoming more little Cannons and cementing his dream lifestyle. "I love my children. I love the people that I'm involved with," the 42-year-old said, adding, "I'm just walking in my purpose and trying to be the best father and best provider I could possibly be."

The ever-vocal television host was recently hospitalized with pneumonia. "Okay, so I guess I'm not Superman," the doting father of eleven wrote in a post. He added, "I promised myself I would never be back at this place again. But this is a great lesson to take care of YOU, or YOU won't be able to take care of everyone else." Nick's sudden health scare comes shortly after he penned a long emotional tribute to his late son Zen. "I can't believe it’s been a year already since the toughest day of my life occurred," wrote the host.