Home Article Congratulations!!! Nicky Whelan and Kerry Rhodes, got Married after 2 years of Relationship, "We love the tradition of marriage, and we love being able to call each other husband and wife"

Congratulations!!! Nicky Whelan and Kerry Rhodes, got Married after 2 years of Relationship, "We love the tradition of marriage, and we love being able to call each other husband and wife" 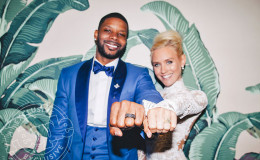 Nicky Whelan and her new husband Kerry Rhodes officially got married in 2017 this month. Let's find out more about their relationship and how did all began.

Nicky Whelan and Kerry Rhodes are now over as boyfriend and girlfriend. But wait, there's more, the couple is now officially husband and wife.

You thought about something else don't you, Got you there!

The couple tied the knot in a big ceremony, surrounded by a lot of their friends and family. Take a look how it went down and know more about the ceremony.

Nicky and Kerry-Tied the knot over the Easter Weekend

Nicky and Kerry decided to put an official ink in their relation after being in a relationship for 2-years. They decided to tie the knot on 15th of April in a festive time of easter over the weekend. 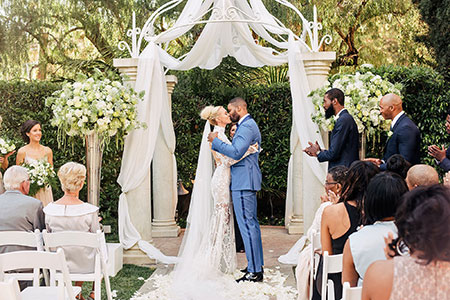 They tied the knot after getting engaged last year on Valentines Day eve back in 2016. 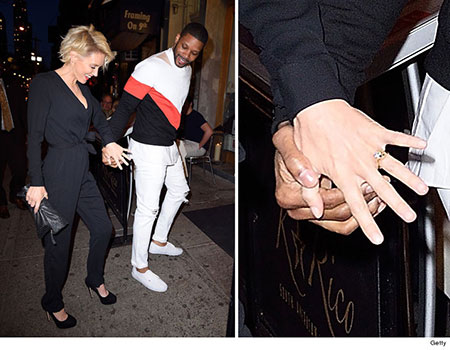 The nuptial ceremony took place in a Beverly Hills hotel on Saturday in a star-studded ceremony. When asked about marriage, Nicky stated,

"We love the tradition of marriage, and we love being able to call each other husband and wife. We both understand that our relationship takes work, and we made a choice that that’s what we are wanting. Both of our parents are still together, and so we have been around a very traditional environment our whole lives. We want to carry that through.”

The groom wore a J'Aton Couture and the bride wore Tom James. The duo exchanged vows in front of their friends including AnnaLynne McCord and Marina Sirtis. 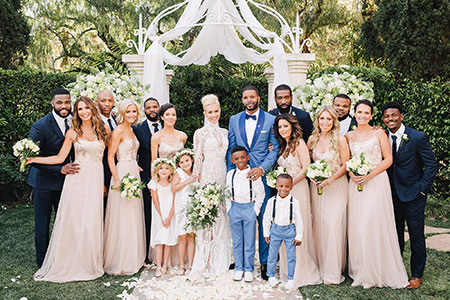 Nicky and Kerry surrounded by their friends, Source: TMZ

The pair took the help of big time wedding planner Stacey Ruiz and created their dream marriage ceremony. As if the lavish wedding wasn't enough, the pair exchange 6.5-carat rings made by Rafaello & Co. 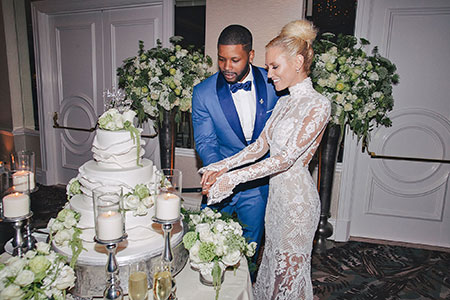 They didn't wanna compromise on the cake either and went with a three-tier cake from Boss Buddy Valastro‘s Carlo’s Bakery.

Relatives from Australia, Alabam and United Kingdom in the attendance

As Nicky is from Australia, many of her relatives came all the way to Beverly Hills to attend the holy ritual, same goes for Kerry, whose relatives from Alabam was in the attendance as well. 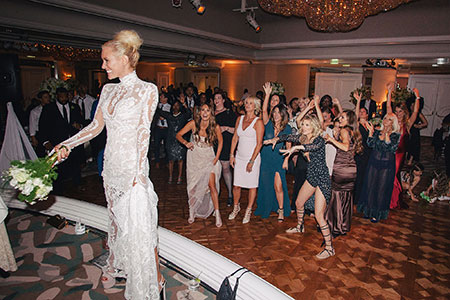 Nicky and her friends enjoying  the wedding, Source: TMZ

When asked about the guests in the attendance, Nicky stated,

“We had family from Australia and Alabama and the U.K. all in one room. It was an incredible energy of love and laughter.” 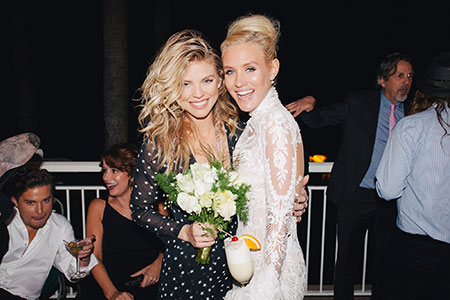 Nicky with her friend, Source: TMZ

Wow!, can you believe that no phones allowed, that means more fun. Nicky said,

"The best thing we did was not allowing iPhones into the wedding,” she said. “It was amazing to watch everyone get up and communicate and dance — not one person was looking down all night. It really proved about point about how incredible people are when they come together and don’t have their cell phones.” 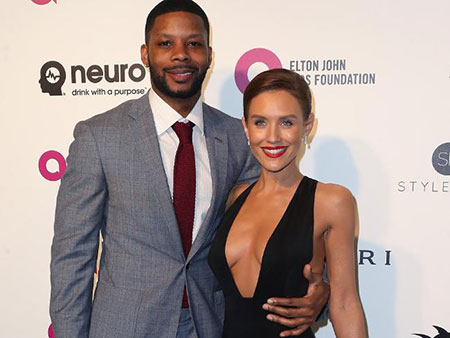 Well, it's an interesting gesture and it worked as well. Soon after their marriage, Nicky uploaded a video on her Instagram account in which the newly married couple is dancing and they look, so....Cute Together!

Now that the marriage is over, what's next?.. Maybe honeymoon is on the way and judging by their extravagant wedding, they'll definitely go for the most romantic place in the world.

If there's some new activity in their lives then you do know that you'll find all the information on our website.