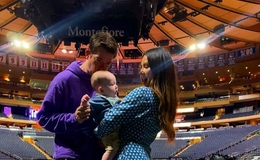 The complete truth about Olivia Munn and John Mulaney's relationship! The couple shares an 11-month-old son! The comedian was married to Annamarie Tendler for nearly seven years.

John Mulaney is a two-time Emmy winner and an acclaimed name in the comic circle. However, a series of personal events, including his struggle with substance abuse, stints in rehab, and alleged infidelity, have lessened the comedian's fanbase and definitely marred his reputation. Mulaney, 40, a native of Chicago, Illinois, is best known for his works on Saturday Night Live, Maya & Marty, Documentary Now, and John Mulaney & the Sack Lunch Bunch.

Mulaney shares a son with actress Olivia Munn, who received much backlash after her romance with the comedian coincided with Mulaney's unraveling marriage with his ex-wife, multimedia artist Annamarie Tendler. Although the couple has now formed a beautiful family, Mulaney and Munn have overcome their own sets of problems in the last year they've been together.

Olivia and John's relationship timeline is blurry, and although the SNL alum has presented a version of "how it started" via a statement, the internet believes otherwise. "Is it September now? So, since last September, I went to rehab in September, I got out in October, and I moved out of my home from my ex-wife. Then, in the spring, I went to Los Angeles and met and started to date a wonderful woman named Olivia," John said in his statement last year. 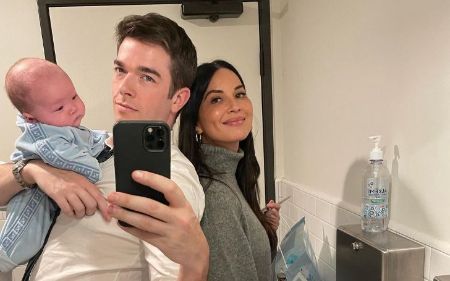 But get this, it turns out Mulaney and Olivia have known each other for years. In fact, The Newsroom actress has publicly gushed about being starstruck by Mulaney. "At first it was cool, and then I kept going up to him at the wedding like 'So you having fun?' I was just so obsessed with hanging out with and talking with him," Munn said in a 2015 interview as she recalled her first encounter with John.

Munn even sent the comedian her best wishes when he entered rehab in 2020. "Sending so much love and support to John Mulaney. You got this," Olivia had tweeted, with heart and thunder emoji. Fast forward to May 2021, following his two months of rehab, Mulaney files for divorce from Tendler, who admits to being blindsided by the move. "I am heartbroken that John has decided to end our marriage," said Tendler, who was John's wife for almost seven years. 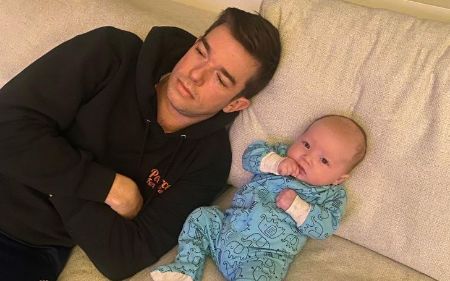 The comedian denies the rumors that he cheated on his ex-wife with Munn. SOURCE: Instagram

Just days following John's divorce filing, a source confirmed his new relationship with Munn. "This is very new; they're taking it slowly," a source said, adding, "They met at church in Los Angeles." The new lovebirds continued to keep it low-key amid the rampant internet gossip and speculations but were at the forefront of tabloids again when they announced their pregnancy in September.

The couple welcomed their son Malcolm in November!

Addressing the recurring speculations around their relationship, the X-Men: Apocalypse actress said, "It's definitely not foreign for me to have people speculate incorrectly about things and to have rumors run rampant in one way." Munn added, "There's no way anyone could know what any of his relationships were or what our relationship is." The couple welcomed their firstborn, a son, in November.

The couple became first-time parents last year and so far have been seemingly enjoying the journey. The duo's son, Malcolm Hiệp Mulaney, was born on Nov. 24, 2021. "Meet Malcolm Hiệp Mulaney. He has his whole life ahead of him. He hasn't even tried seltzer yet. I'm very in love with him and his whole deal," the SNL star wrote in a post. Mulaney had gushed about Munn and his to-be-born baby during an appearance on Late Night With Seth Meyers. 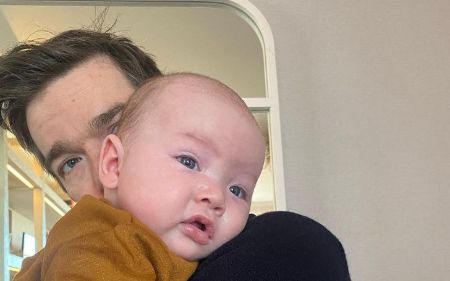 John Mulaney & the Sack Lunch Bunch star first announced the pregnancy and expressed gratitude towards Olivia. "I was nervous when I was about to say the news! Olivia and this baby have helped save me from myself in this early journey out of recovery," the comedian said. The Newsroom actress has since documented and publicly reflected on her being a mom journey and also her postpartum reactions.

The couple recently gave their followers a good laugh when they revealed their son's first Halloween costume. Munn and John dressed their 11-months-old son as his grandma Kimberly, Munn's mother. "We did it. We came up with a Halloween costume we LOVED. But now we're so tired. I'll post tomorrow. Happy Halloween," Munn wrote ahead of the hilarious costume revelations.

Munn and John have been together for over a year, and although the twosome has already started a family, there have been no hints of the next ultimate step. As the pair continue to take things at their own pace, here's a quick stroll down their dating history. A dig into Mulaney's dating profile doesn't reveal much as the Emmy-winning comedian was with Tendler up until his romance started with Munn. 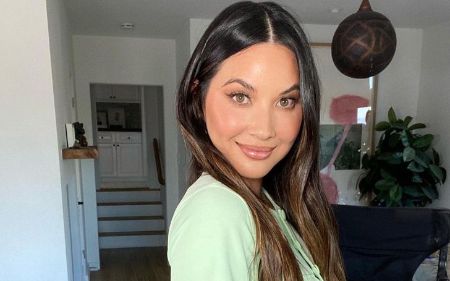 But Munn boasts quite the profile when it comes to dating. The Predator actress dated Tucker Roberts for a year in 2018. Munn famously dated quarterback Aaron Rodgers for two years. The actress even gushed about the athlete multiple times before things went downhill, and they called it quit in April 2017. Before Rodgers, Olivia was with actor Joel Kinnaman for nearly two years.

Munn's earliest known celebrity boyfriend was One Tree Hill alum Bryan Greenberg, who she dated from 2007 to 2009. Following her low-profile relationship and breakup with Greenberg, the actress was linked with Star Trek actor Chris Pine. But the duo's romance fizzled out in less than five months.