Olivier giroud and his Wife Jennifer Giroud happily Married since 2011; Couple is expecting their third Child 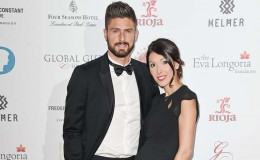 Olivier Giroud, the name explains everything as it doesn't require any introduction. He is the French professional footballer playing for Premier League Arsenal Club.

The handsome and dashing French professional footballer Olivier Giroud who plays as a forward for Arsenal club and also for the France national team is going to be the father for the third time.

He and his gorgeous wife Jennifer Giroud tied the knot in 2011, and now the happy couple is again going to be the parents. They already have two children; daughter Jade Giroud and son Evan Giroud.

French footballer Olivier Giroud tied the knot to his longtime girlfriend in the summer of 2011. We last saw them together on the red carpet at the Global Gift Gala in London in early November 2017.

The 31-year-old Arsenal player was lovingly resting his hand on his wife's belly. Jennifer, 33 looked stunning at the gala as she wore a glittering silver wrap attire.

Olivier Giroud and his wife Jennifer posing together at the Global Gift Gala in London
Source: Daily Mail

Olivier and Jennifer are often spotted enjoying a break in the sea and beach with their kids. The pair spent most of their conjugal life in London where Giroud's active as a regular score for Chelsea and Arsenal.

They look inseparable at present, but their relationship faced some disturbance in 2014 when Olivier was spotted inviting a model to his hotel room prior a Premier League match.

Just before the match against Crystal Palace, Olivier took Celia to his room at the Four Seasons Hotel.

Later on, he took Twitter to apologize to his wife, family, fans, and club. He wrote,

"I apologize to my wife, family and friends and my manager, team-mates, and Arsenal fans."

‘I now have to fight for my family and for my club and obtain their forgiveness. Nothing else matters at the moment.’

"Relationships gets stronger when both are willing to understand mistakes and forgive each other". It seems like Jennifer forgave her husband. As of now, the couple is enjoying their married life with their kids to the fullest.

Olivier Giroud; The Proud Father Of Two And Preparing For The Third One!!

Arsenal striker Olivier is going to be the dad for the third time. 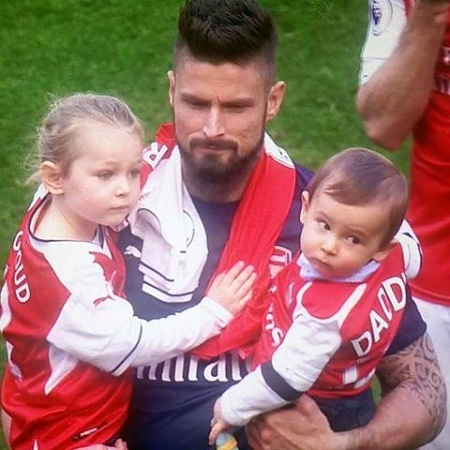 Jennifer gave birth to her first baby girl Jade Giroud two years after her marriage in 2014.

MY POOR HEART, THIS MAN IS SOOOO PROUD DADDY ????

Similarly, they welcomed Evan Giroud, the second child into the world in March last year. As of now, the family of four is going to be five soon, and they seem pretty excited about it!!!

Giroud had to play a match in Germany during her pregnancy. He said,

"I didn’t ask Jen, his wife … if she really didn’t want him to move to Everton, for example, because she didn’t want to move away from London to go to Liverpool I’m not sure what she’s going to feel once she discovers Dortmund."

Later, it was revealed that he turned Dortmund down because of Jennifer's pregnancy. Oliver and his wife are private about their family life. They haven't revealed any information about their third child. 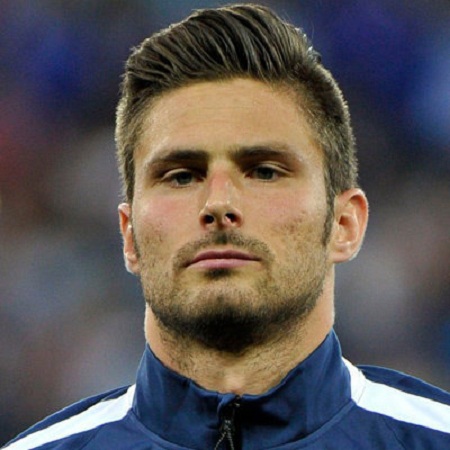