Home Article One of Chicago’s most-recognized Meteorologist Jerry Taft Is Retiring From The Industry. Let's Take A Look Back Into His Career!

One of Chicago’s most-recognized Meteorologist Jerry Taft Is Retiring From The Industry. Let's Take A Look Back Into His Career! 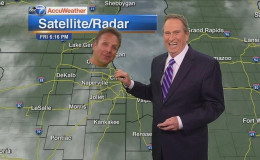 One of Chicago’s most-recognized Meteorologist Jerry Taft Is Retiring From The Industry. Let's Take A Look Back Into His Career! Jerry is happily married to wife Shana Taft and has two adorable children, with an estimated networth of $1.5 million.

A former captain in the Air Force whose life took a major turn when he first flew a military airplane, Jerry Taft, is serving his last days as a television meteorologist.

After the 42-year-long career as the chief meteorologist, Jerry is, who never thought of being a meteorologist in the first place is retiring from the business and we all want to take a moment to take a look back into his amazing career since all those years.

One of Chicago’s most-recognized Meteorologist Jerry Taft Is Retiring From The Industry. Let's Take A Look Back At His Career!

The 74-year-old chief meteorologist for WLS-TV, Chicago has achieved something much more than a successful career in all those years. He's earned a family in the network and the news of his last day in the network truly break hearts of many.

Jerry's last day was on January 19 and the veteran forecaster bid goodbyes to all of his colleagues and the network in a heartfelt note. 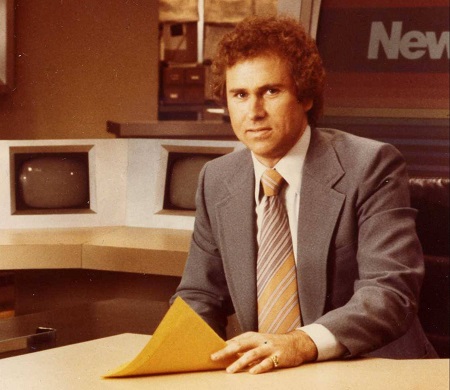 "Jerry Taft won the trust of our viewers with his knowledge and experience forecasting Chicago’s weather. All of us at ABC 7, along with his many fans, will miss Jerry. We thank him and wish him nothing but sunny skies and a continued low handicap on the golf course.”

In the note, Taft started first by writing,

It has been a great run, but all good things eventually come to an end. So my last day will be January 19th. However, I have to admit that when I left the Air Force I could never imagine… 42 years on Chicago television and 34 years on ABC7 Chicago.

Recalling the memories, he continued to write,

It’s been a joy walking into ABC7 every day knowing that it does not work, but being with my extended family. When I first arrived here we had elevator operators. The newsroom was full of smoke and the hum of IBM Selectric typewriters. No computers. The scripts went to the set in pneumatic tubes. 35mm film was being spliced together for air and weather was presented on maps drawn by the art department. We have come a long way and I’ve been here the whole time. Amazing.

Taft was a veteran the United States Air Force. who got inspired to pursue his career in weather forecasting after flying the military airplanes.

While serving in Texas, he hired a local weatherman in San Antonio during the flight but the weatherman instead put Jerry on the air.

And seeing his skills, he was immediately asked to work at the station and he joined the station as well. Later on, he studied Bachelor of Science degree in Meteorology from the University of Wisconsin-Madison.

He got his major break in the industry after joining ABC in 1984 following his 7 years service at WMAQ-TV. Ever since he's served for the WLS-TV in Chicago, ABC Network. Chicago Tribune has honored Taft as "One of their favorite weathermen" and he's widely famous for his outstanding forecasting skills and his unique sense of humor.

Cheryl Scott who works for ABC 7 Eyewitness News is believed to replace Taft as chief meteorologist but the network has yet to announced the big news.