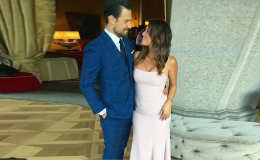 Ladies man Giacomo Gianniotti is off the shelf for now.

Giacomo is now engaged to his girlfriend Nichole Gustafson. The pair got engaged to one another on a thanksgiving day on November 26.

The Italian-Canadian actor announced the big news on the social media, as he is kissing his fiance. The actor who once called his girlfriend his guitar looked very passionate as he kissed Nichole. 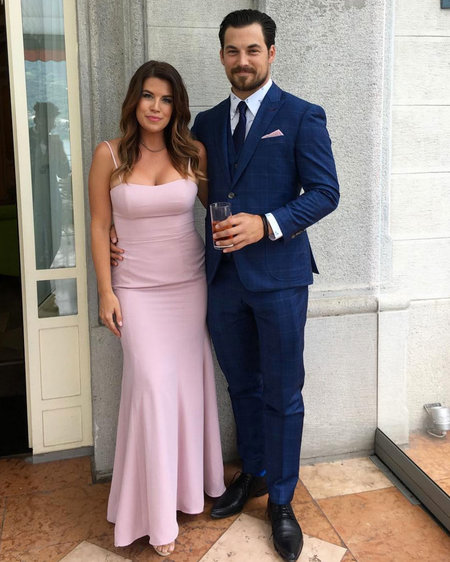 Giacomo and Nichole is now engaged to each other, Source: News of The Day

He added a totally beautiful caption to go with the snap. The caption which he wrote in Italian stated,

" She said yes... I am truly one lucky guy, and I wouldn’t rather be walking down this crazy road of life with anyone else. I love you. Thank you."

Yesterday my best friend asked me to marry him in the most romantic way, a day reliving our love. We are thrilled. I wouldn’t want to do this life with anyone else. I love you baby and can’t wait to be your wife This man has showed me what true love is. What a dream come true, pinch me

The pair first started dating in 2016 after they shared a series of pictures of themselves on Instagram which led people to believe they are definitely going out.

Though they never disclosed they are dating until recently. And now all the speculations came true, as the couple is finally engaged to each other.

Now that the pair is engaged to each other we might hear the wedding bells soon. We wish the pair all the best and hope they stick to each other forever.