Home Article Pakistani Cricketer Imran Tahir is Happily Married to Sumayya Dilbar. Know about the Family and Children of the Couple

Pakistani Cricketer Imran Tahir is Happily Married to Sumayya Dilbar. Know about the Family and Children of the Couple 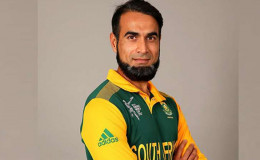 Imran Tahir is married to Indian based South African Sumayya Dildar and has an adorable son. He is well known for his exceptional bowling skills.

Imran Tahir is a well known South African cricketer. The Pakistani-born player is a leg break bowler and a right-handed
batsman.

There is no doubt that he is one of the best players that we have today. But not only a player but he is also a great boyfriend
and now a husband as well.

The veteran bowler, married to Indian based South African Sumayya Dildar and is living blissfully.

It all began from 1998 when Tahir first visited South Africa with his Pakistani Under 19 team. During that time he met Sumanyya who was a South African of Indian descent. 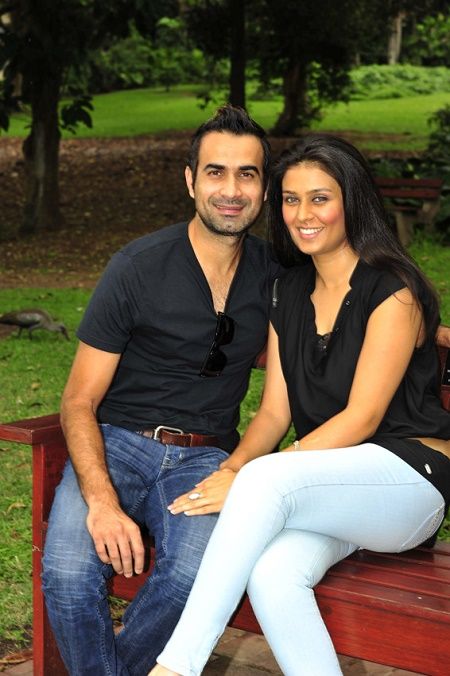 It was a love at the first site for Tahir. His love was so powerful that he even decided to leave Pakistani domestic cricket team and planned to go South Africa to join Cricket South Africa so that he could stay with her.

Before SA Cricket he played for club cricket in England. Finally, his wish came true, when he got an invitation from the domestic team of SA. 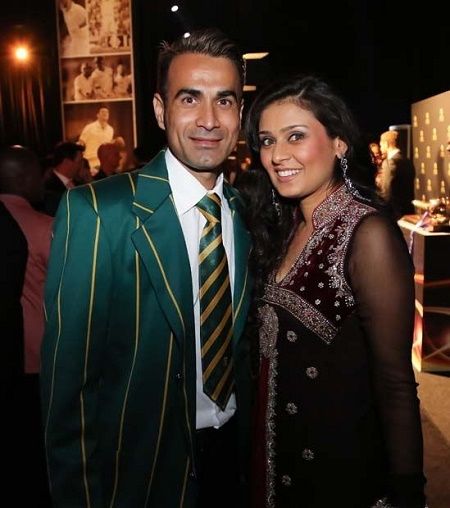 Not only professionally but his life changes personally as well. He started dating the love of his life and in no time they decided to get married.

The duo is even blessed with a son named Gibran. Here the interview of the couple about their early relations. Enjoy watching!!!

The lovebirds welcomed their adorable son, named as Gibran in 2014. We must say, the 3-year-old star kid is so damn adorable.

The leg-spinner got international success over the last couple of years and he believed that his key of luck is his son.

" I am lucky that I have my wife Sumayya and son Gibran in my life. But it's really tough on them. My son is about three years old and for two months out of those  I haven't seen him."

"It's really tough from their point of view. My wife understands the job. I get to see them every day over Skype. It's not how you want things to be but at least it's there". 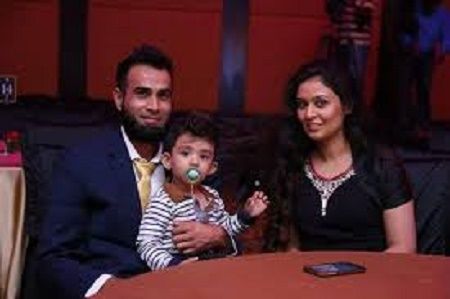 An adorable cute boy with his parents Imran and Sumayya, Source: HAMARIWEB

Nowadays he is busy in IPL, associated with Rising Pune Supergiant with lucrative salary.

Like every other newcomer, Tahir did lots of struggles in his lifetime. In Pakistan, he played a domestic cricket for 10 years before making a decision to go to England.

Tihar played for five years in domestic cricket in South Africa and made his first debut against West Indies on 24 February 2011 at Feroz Shah Kotla Stadium in Delhi where he claimed 4 wickets.

Tahir played well in 2014 T20 World Cup and was the highest wicket-taker(12 wickets).

He made his name in most wickets (29) in for South Africa spin bowler in a WorldCup. He also named as T20 cricketer of the year 2013.

He got a South Africa's annual awards for T20 cricket of the year in May 2017. Tahir is titled by 'Man of the Match' for three times in One day international. 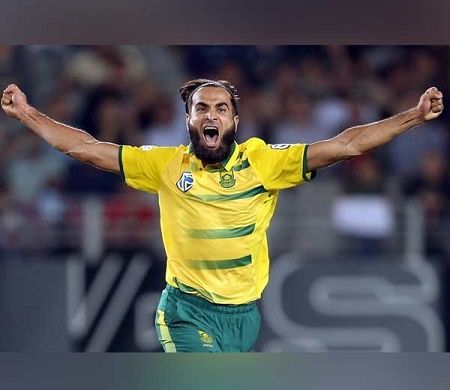