Home Article Paul Arriola is Dating Anna Paola. Know about the Couple's Relationship. Are they getting Married?

Paul Arriola is Dating Anna Paola. Know about the Couple's Relationship. Are they getting Married? 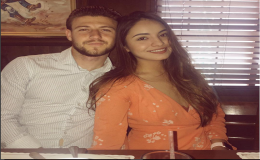 An American soccer player, Paul Arriola is dating his long time girlfriend, Ana Paola and recently has also proposed her and are getting married soon.

Paul Arriola is a famous soccer player who plays for the D.C. United and also for the United States national team.  Today, however, we are not here to talk about his career but his personal affairs.

He is currently dating Anna Paola and the couple recently got engaged as well. They might get married very soon. So, today let's gain more information about the couple and their relationships.

The soccer player, Paul is in a relationship along with her long time sweetheart named, Ana Paola Bustamante. The couple seems to have a great bonding and are deeply in love with each other.

The pictures they posted are really romantic. Today, it's almost 5 years that they are together and still the bond is fresh and refreshing.

4 and a half years is something special. Te amo gorda happy anniversary @anapaolabv?? pic.twitter.com/aeiFD96A8X

66 months together and a million more to come. Happy 5 1/2 years @anapaobust, forever grateful for the person you are and the person you push me to be. I love you! ?????

Despite Paul's busy schedules he somehow manages time for his love. They keep on hang out on several places on vacations and outings.

Happy 21st birthday to my beautiful girlfriend! Each year you continue to amaze me in every… https://t.co/dJBi2ydZ8w

My girlfriend's biggest enemy is FIFA 14.

The chemistry between them itself speaks louder than the words, that they are about to be together very soon. The pair seems so desperate to get married.

There is no doubt that they will be soon tieing the knot. Recently in July 2017, Paul proposed her girlfriend in an old school way; went down on his knees with a ring. Still romantic!!!!!!

And the rest we all know, she accepted the proposal which was announced via twitter account of Paul.

I am so happy to be marrying the girl of my dreams. I love you more than words could ever describe and can't wait for our life journey !???? pic.twitter.com/cFTFOrq9kR

Ready to get married soon!!!!

We getting married bitches, mark your calendars ???? I love you baby! can't wait to call you my husband. You're stuck with me now????

Paul's career as a soccer player

Paul started his career after joining US Soccer Development Academy club Arsenal FC that include the popular player like Hector Jimenez and Carlos Bocanegra.

After serving there for several months, he, later on, joined Los Angeles Galaxy in 2013. During the same year, he was also engaged with the United States U18.

Moreover, he started playing under 20 for the United States at 2014 Dallas Cup. His excellent player spirit leads the team to the 2015 FIFA U-20 World Cup and won against the host country New Zealand with the score of 4-0.

In 2016, Paul debuted against Puerto Rico in the senior team and scored his first international goal. 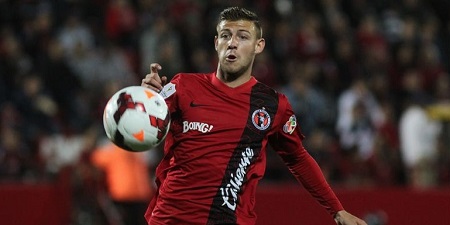 The one who was playing well for the LA Galaxy moved for the team Club Tijuana, a Mexican rising club.

The transfer was really the disappointment for the LA Galaxy but is fortunate for the Club Tijuana who got a such an excellent player.

Whereas, Paul is also excited to be shifted as he might gain more opportunities there. Currently, he is playing for the Major League soccer team and the United States national team as well. 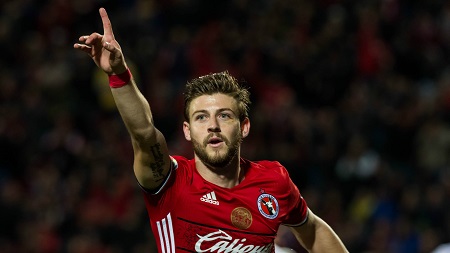 Paul on the ground, Source: Goal.com